Bonjour from Chateau de l’Epervière at Gigny-sur-Saône, where the sun has finally decided to join us after a chilly start to our stay.

We have a pangram from Giovanni this morning, not that it helped me when I ran into a roadblock in the SE corner which made this probably the longest time I’ve taken to solve a Friday puzzle.

1a           Imposing old ladies organise bets (8)
DOWAGERS – A two-letter word which, at a stretch, can mean ‘organise’, followed by another word for bets. 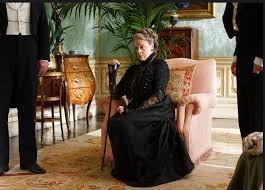 5a           Superior little place and it’s high above the meadows (6)
UPLAND – Put together the letter used to indicate upper-class or superior, an abbreviation for ‘place’, and AND (from the clue).

9a           What’s charged to cover part of play rehearsal? (8)
PRACTICE – The cost of a transaction (what’s charged) wrapped around a subdivision of a play.

10a         Woman and husband in the French vehicle rolling over (6)
RACHEL – Put together the French definite article and a motor vehicle, insert Husband, then reverse the result to get a woman’s name.

12a         Agent in trick to supply material (6)
CREPON – A short word for a sales agent, with ‘to trick’ wrapped around it, giving us a fabric with a vertically wrinkled texture, apparently.

13a         Question about a totally heartless crook in phony business (8)
QUACKERY – Put together A (from the clue) and C(roo)K with the middle letters removed (totally heartless), then wrap another word for a question around the result.

20a         Gem given polish, sparkly finally (4)
RUBY – What you do when you polish something, followed by the last letter (finally) of sparklY. 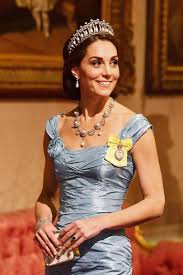 25a         Bigwig, fellow with endless audacity (8)
MANDARIN – Another word for a fellow followed by a word for ‘audacity’ with its final letter removed.

29a         Change in respect of what might be conjured up for the future? (8)
REVISION – ‘In respect of’ followed by something which may show what the future could be.

30a         Squeeze discarded lover — wrong! (6)
EXTORT – The usual former lover followed by a civil wrong, giving us a word for squeezing money out of someone.

31a         Proper exercises for certain bishops (8)
PRIMUSES – ‘Proper’ or ‘buttoned-up’ followed by a verb for ‘exercises’, giving us the title for certain presiding bishops in the Episcopal Church.

1d           Show long film? There’s extremes of disappointment about it (6)
DEPICT – The first and last letters (extremes) of DisappointmenT wrapped around a long and grandiose film.

2d           Wife having got healthier, one may go to work at sea (6)
WHALER – An abbreviation for Wife, followed by ‘healthier’ gives us a word for a person or a type of ship which hunts large marine mammals.

3d           Behave unreasonably and forget to leave the bus? (2,3,3)
GO TOO FAR – A metaphor for unreasonable behaviour is literally what happens if you miss your stop on the bus.

6d           Location around island for fish (6)
PLAICE – An abbreviation for Island inserted into another word for location. 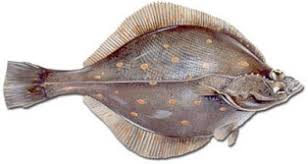 7d           Accomplished lady, the first to be grabbed by a child left abandoned (8)
ACHIEVED – Start with ‘A CHILD’ (from the clue). Remove the L (left abandoned) and insert the name of the first woman according to the Bible.

8d           Fellow member in strike showing hesitation (8)
DALLYING – A ‘fellow member’ in the sense of someone who is on the same side as you, with a strike or blow (on a bell, perhaps) wrapped around it.

11d         Bird to make noise descending on a road (7)
BUZZARD – The sort of noise a bee makes followed by A (from the clue) and an abbreviation for road. 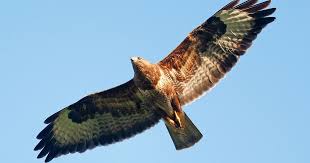 14d         Mostly hoping to find an answer to pain? (7)
ASPIRIN – Remove the final letter (mostly) from another word for ‘hoping’, to get a common painkiller.

17d         Piano engineers repeatedly fixing note (E) for significant performance (8)
PREMIERE – Start with the musical symbol for ‘piano’ or ‘softly’, add two examples of one of the usual regiments of engineers, then put together the third note of the sol-fa scale and E (from the clue) and inset the result between the regiments.

18d         A bit of food poet left unfinished — more than enough? (8)
ABUNDANT – A (from the clue), followed by a bit of food which may have a hot cross on it and an Italian Renaissance poet with his final letter removed.

22d         Sort of guard to have priest held up in vessel (6)
JAILER – Reverse (held up, in a Down clue) our usual Old Testament priest, then insert the result into a vessel or container.

23d         Jumping cats in extraordinary goings-on (6)
ANTICS – Anagram (jumping) of CATS IN. No, I’m not going to try competing with the Kitties for cute cat pictures!