Bonjour from Chateau de l’Epervière at Gigny-sur-Saône, where Mrs DT and I have just arrived on holiday.

Nothing overly difficult in today’s Giovanni, especially if you don’t put a wrong answer in and then spend ages wondering about the crossing entry, as I did.

9a           Greek character is quietly retreating (3)
PSI – Put together IS (from the clue) and the musical symbol for ‘quietly’, then reverse the result. 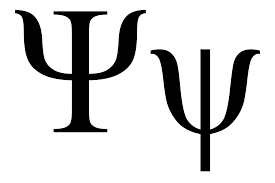 11a         Girl awfully lonely, having lost love (5)
NELLY – Anagram (awfully) of L(o)NELY, with the letter which looks like a love score at tennis removed.

15a         Best old friend embraces tiny boy in Christmas story (7)
OPTIMAL – Old and a word for a friend, placed either side of the youngest Cratchit in A Christmas Carol.

17a         Dejection ends as first sign of smile breaks out (7)
SADNESS – Anagram (breaks out) of ENDS AS and the first letter of Smile.

19a         Artist wants Guinness maybe when eating fish (9)
PORTRAYER – A word for a type of beer of which Guinness may be an example, wrapped around a flat fish.

21a         Time with hint of modernity, as seen in car being developed (11)
RENAISSANCE – Anagram (being developed) of AS SEEN IN CAR, giving us the period which marks the end of the Middle Ages. 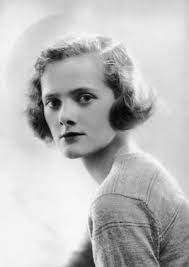 1d           Very big female singer with rock group — maker of current waves (10)
OSCILLATOR – Put together the clothing abbreviation for ‘very big’, the first name of a Liverpudlian female singer first famous in the 1960s, and a group of rocks on Dartmoor, and you get something which produces waves of electrical current. 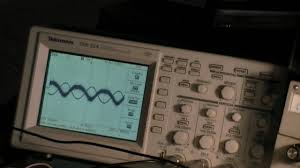 3d           Lacking joy and merriment, having little energy in fact (10)
FUNEREALLY – Put together another word for merriment, an abbreviation for Energy, and another way of saying ‘in fact’.

4d           A little drink and girl’s beginning to get unwell (4)
GILL – The first letter of Girl followed by ‘unwell’, giving us a small liquid measure, four of which make a pint.

5d           Charged as signified, the first character to be brought out (8)
INDICTED – Remove the first letter of the alphabet from a word meaning ‘signified’ to get ‘charged (with an offence)’.

6d           Not completely prepared for study (4)
READ – Remove the final letter (not completely) from a word meaning ‘prepared’.

8d           Now and then look at princess on horse (3,4)
DIP INTO – The short form of the first name of the late Princess of Wales, followed by a type of horse noted for a coat of more than one colour.

13d         Good science that is evident in a form of cooking (10)
GASTRONOMY – Good followed by a science which involves telescopes.

14d         Maidens perhaps work out — too much exercise may produce this (10)
OVERSTRAIN – Put together the cricketing events of which ‘maidens’ are a subset, and ‘work out’.

19d         Procession is cut, notice having interrupted it (6)
PARADE – A short word for a commercial notice is inserted into another word for ‘cut’.

20d         Possible financial agreement ahead of a match (6)
PRENUP – Cryptic definition of something which couples may enter not before getting married.

22d         One not first to grab work, offering negative response (4)
NOPE – (O)NE (from the clue) minus its first letter, wrapped around the Latin abbreviation for a (musical) work.

23d         Arrogance of one in charge of paper is upsetting (4)
SIDE – Put together an abbreviation for the person in charge of a newspaper and IS (from the clue), then reverse the result.