A Puzzle by Harold

A very happy Easter to all followers of the blog and a warm welcome to Harold who has risen to the ranks of the NTSPP.  I enjoyed this crossword and particularly welcomed some of the innovative wordplay in the clues.

1 Site of sensitive transmitter picking up bird on meadow (7)
COCHLEA – A homophone (picking up) of a male bird followed by a three letter word for a meadow.

13 Letter from Athens on irrational representation of religious art (5)
PIETA – The irrational number representing the ration of the circumference of a circle to its diameter followed by a three letter Greek letter.

19 Seb’s enthralling ten directors of racing (5)
COXES – The surname of the Olympian Seb (maintaining the ’s from the clue around (enthralling) the roman numeral for ten.

27 Breed is first class, within limits of regulations, and English (5)
RAISE – Two letters meaning first class inside (within) the outer letters (limits) of representation followed by the abbreviation for English. 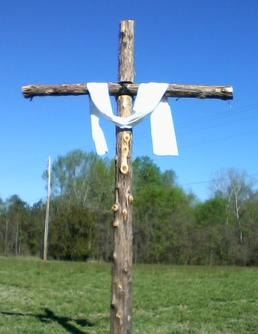 1 Setter provided misdirection here, being on the ball (5-2)
CLUED-UP – How the setter might provide misdirection in a down clue by reversing the meaning.

3 Lights from farm animals (not British) found to contain phosphorus (5)
LAMPS – The name for young sheep (farm animals) without the abbreviation for British around the chemical symbol for phosphorus.

5 Man trapping tail of some rampant beast (5)
HYENA – A two letter word for a man overlaps (trapping tail) with a reversal (rampant) of a three letter word meaning some.

8 They may help one discern the commonest factor of giggling girls (7)
GLASSES – The most frequent letter in giggling followed by a six letter word for girls.

12 Description of something in periodic table (5)
IODIC – The answer is poorly hidden in PERIODIC TABLE.

14 Gilded scorer when shaken is said to take leave in Cannes (5)
ADIEU – Something used to score or mould something is covered (gilded) in the chemical symbol for gold.

16 Determine wordplay for senator wasting time (6,3)
REASON OUT – A reverse anagram that gives the letters in Senator without the T (wasting time).

17 Pervert! Not even your latex is a personal preference (9)
SEXUALITY – An anagram (pervert) of YU (the odd letters of your) LATEX IS

20 Fighters defending elevated post in distress (7)
SADNESS – The abbreviation for Special Air Services (fighters) around a reversal (elevated) of a four letter word meaning to post. 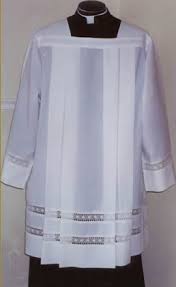 23 Every so often, well-fed guy produces some serious writing (5)
ELEGY – The even letters (every so often) of WELL FED GUY.

26 Reserve selection is 50% down (3)
ICE – A six letter word meaning selection with the first three letters removed (50% down).

An a little season cheer to close