Good morning from South Staffs on a sunny but chilly morning.

There are one or two less common words in today’s Giovanni, obtainable from the wordplay. If you know them, then there is no particular difficulty in today’s puzzle. If you don’t, it may take you longer to work out the answers.

1a           Bad form of school punishment time’s forgotten (4)
SICK – Remove the abbreviation for Time from a form of corporal punishment once wielded by schoolteachers.

3a           Lets things fall on motorway? We may gobble them up! (4,6)
DROP SCONES – Split the answer (5,5) and you get ‘lets things fall’ and the objects found in interminable lines on motorways undergoing roadworks. 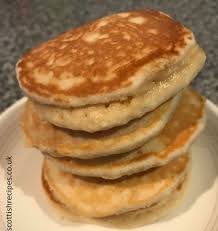 9a           Neighbour, source of annoyance with objection (4)
ABUT – The definition is a verb. The first letter (source) of Annoyance followed by a word which often starts an objection to an idea.

10a         Celebrant wandering around a place of worship (10)
TABERNACLE – Anagram (wandering) of CELEBRANT wrapped around A (from the clue).

11a         Mechanical device hit vessel (7)
DASHPOT – Another word for ‘hit’ or strike something against the ground, followed by a storage vessel. The answer is a mechanical device used to dampen vibration by means of a piston moving in a cylinder filled with liquid, according to the BRB. 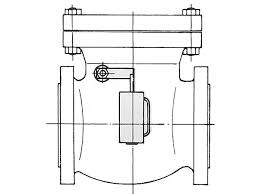 14a         Hiding prisoner and gangster in stuff on building site (11)
CONCEALMENT – Start with one of the usual crossword prisoners, then add the stuff used on building sites as a component of mortar or concrete, wrapped around the shortened first name of a notorious gangster of the Prohibition era in the USA.

18a         Relative that may have more (11)
COMPARATIVE – Another word for relative that also describes a word formation consisting of ‘more’ followed by an adjective or adverb.

21a         Bits of food a Greek character fed to cats and dogs? (7)
PEANUTS – A generic word for cats and dogs in a domestic setting, wrapped around A (from the clue) and a letter of the Greek alphabet.

22a         Final message bringing comfort to Zeus’s lover (7)
CHEERIO – A five-letter word for ‘comfort’ followed by one of the many women who attracted the attention of Zeus. This one was turned into a white heifer to protect her from the wrath of Hera, the wife of Zeus.

23a         Worthy Conservative and socialist I put forward (10)
CREDITABLE – Put together Conservative, the colour associated with socialists, I (from the clue) and ‘put forward’ or ‘propose for discussion’.

25a         No longer having money, conk out inside — a practical solution? (10)
EXPEDIENCE – The prefix for ‘no longer’ or ‘former’, followed by some small change wrapped around another word for ‘conk out’. 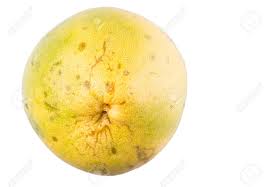 2d           Swearing when nothing is caught in illegal hunting? (8)
COURSING – The letter which looks like a zero is inserted into another word for ‘swearing’.

4d           Show opposition as a court after monarch’s overthrown (5)
REACT – Reverse (overthrown) the Queen’s regnal cipher, then add A (from the clue) and an abbreviation for CourT.

5d           No soldiers in disorderly heap will appear as remarkable people (9)
PHENOMENA – Anagram (disorderly) of HEAP wrapped around NO (from the clue) and some male soldiers.


6d           Study, wanting money amount per hour? Don’t daydream! (11)
CONCENTRATE – Put together another word for read or study, a small amount of US or Euro money, and a word for ‘amount per hour’.

8d           Drink the female bishop gets before Sunday’s ending (6)
SHERRY – Put together a female pronoun, the abbreviated form of address for a bishop, and the last letter (ending) of SundaY.

12d         Deep in thought and quiet, couple cried, sadly left abandoned (11)
PREOCCUPIED – The musical symbol for quiet, followed by an anagram (sadly) of COUP(l)E CRIED, with the L left out (left abandoned).


19d         A revolutionary entertaining the old man, settler in Oklahoma? (6)
APACHE – A (from the clue) and the usual South American revolutionary, placed either side of ‘the old man’, giving us the name of a Native American tribe whose home territory includes Oklahoma.

22d         Pain that’s funny — heart transplant needed! (5)
COLIC – Start with another word for ‘funny’, then change the middle letter to produce a sort of pain.