Hi everyone.  Jed brings us another very enjoyable Toughie, which took me some time to get started on but then filled up steadily from the bottom, finishing with a little head-scratching in the NE.  If I detected a slight political flavour in some of the clues, I think I’ll not add further comment!

Definitions are underlined in the clues below and indicators are italicised when quoted in the hints.  You’ll find the answers inside the Every day is April Fools Day … buttons.  As usual you may click on pictures to enlarge them.

7a    Burn is second degree, something that fascinates many (8)
CHARISMA:  Concatenate burn or scorch, IS from the clue, and a postgraduate degree (which would normally follow a first degree)

9a    In a way, British in Europe, for example (6)
ABROAD:  In between A (from the clue) and a way or thoroughfare goes an abbreviation for British

10a   What’s put out by cheat, ultimately, is collection of lies, perhaps (6)
TISSUE:  Something put out or emitted next to (by) the last letter of (… ultimately) cheat

11a   New food stored in crucial state (8)
KENTUCKY:  The abbreviation for new and a dated informal word for food together go inside crucial or central

12a   Short acceptance speech makes us tense (7,7)
PRESENT PERFECT:  This grammatical tense might also be a concise way of expressing that a gift was ideal 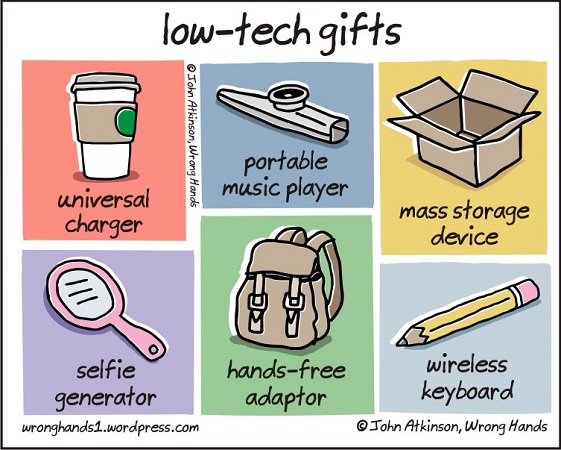 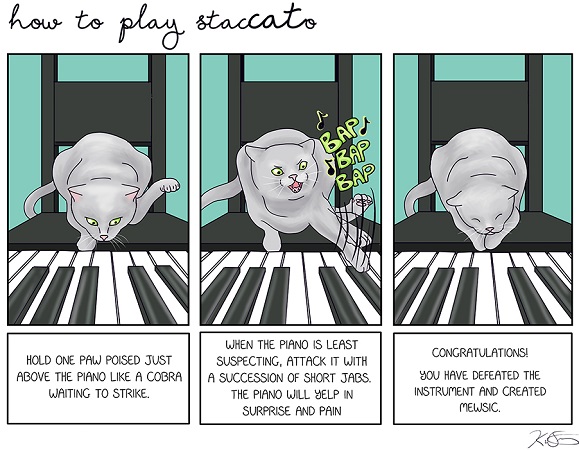 19a   Musician has little time for island’s capital (4)
TUBA:  A Caribbean island country has the letter used as the symbol for time (little time) in place of (for) its leading capital letter.  My last in, perhaps because I wasn’t looking for an instrument, but of course the player might be referred to metonymically by the name of the instrument

23a   Moreover, holding job, is unlikely to drift (8)
ANCHORED:  A conjunction meaning moreover containing (holding) a tedious or routine task

25a   Variety of alpine one found in mountainous region (6)
NEPALI:  An anagram of (variety of) ALPINE

27a   Part of vessel occupied by navy, in essence (6)
KERNEL:  Part of a ship containing (occupied by) the abbreviation for the Royal Navy

1d    Language that is endlessly put together (4)
THAI:  The second and third words of the clue without their final letters (endlessly) are put together

3d    Setter’s sound craft (4)
BARK:  The noise the canine type of setter makes is also a type of ship or boat

4d    European writer supported by royalty in style (6)
MANNER:  A German Nobel prize-winning writer is followed by (supported by, in a down answer) the two letters which stand for our current queen

5d    Stick in a payment for building that may be constructed on premises (8)
ARGUMENT:  Stick or glue inside A (from the clue) and payment for use of a property 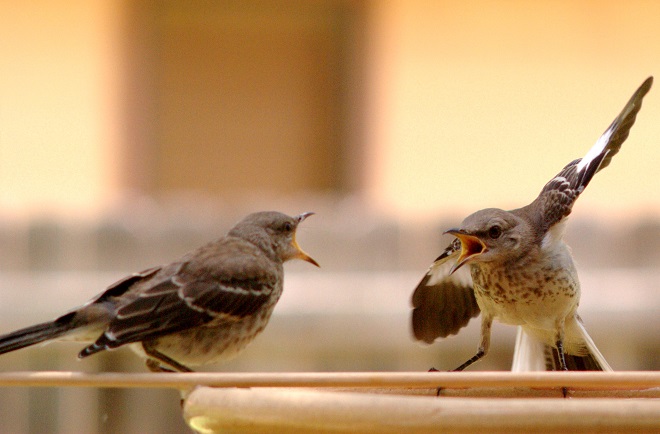 6d    Assess English piece of furniture as appropriate for sale (10)
MARKETABLE:  Join together assess or grade, an abbreviation for English, and an item of furniture

8d    Bone in behind, centre of rump (7)
STERNUM:  The hind part of a vessel is followed by the middle letters of (centre of) rump

13d   Digital input for band after engagement’s arranged? (4,6)
RING FINGER:  A cute cryptic definition of the digit on which one would normally wear an engagement or wedding band

14d   Person still being portrayed as problem (5)
POSER:  Two definitions, the first cryptic: one sitting for an artist

16d   Showing acute embarrassment hard to put in text (8)
WRITHING:  The pencil abbreviation for hard is to be put in some words

18d   Proud about one side of London (East)? (7)
COCKNEY:  Proud and boldly confident around (about) one of the sides of the word London plus E (East), with the whole clue as definition

21d   Author over fifty? Only just (6)
HARDLY:  An English novelist and poet around (over) the Roman numeral for fifty

22d   Go as traveller, with one kind of travel (6)
REPAIR:  A travelling salesman and a mode of travel (not land or sea)

24d   Give several people a hand, and understanding (4)
DEAL:  Two definitions.  The hand is of cards

Thanks to Jed.  My favourites today are 2d, 8d, and the clever all-in-one 18d.  Which tickled your ivories?