Hi all.  We have a Musaeus puzzle today, which won’t be news to those in possession of the newspaper, but might be for early online solvers.

Definitions are underlined in the clues below and indicators are italicised when quoted in the hints.  You’ll find the answers inside the Sleep buttons.

1a    One who backs husband against narrow-minded sort? (6,4)
BETTER HALF:  Put together someone who backs in the sense of puts money on, the abbreviation for husband and a narrow-minded man (Chambers doesn’t specify Australian, unlike Oxford and Collins)

10a   Be tense during windy noises — good luck (4,6)
BEST WISHES:  BE from the clue, then the grammar abbreviation for tense inside (during) the plural of an onomatopoeic word for a sound such as that made by the wind in the trees

11a   Goddess that makes the story exciting or sinks (6)
TETHYS:  This Greek goddess is an anagram of (that makes … exciting) THE ST[or]Y without “or” (or sinks)

12a   A rugby player, very large, is well-chosen (7)
APROPOS:  A charade of A (from the clue), a rugby player and the abbreviation for outsize (very large)

16a   Go round with rapscallion (5)
WHEEL:  The abbreviation for with plus a despicable person

17a   Bread while seated in church (4)
CASH:  Bread and honey: money.  A word meaning while inside (seated in) an abbreviation for church

18a   Ushered back I find some delights in this shop (4)
DELI:  Ushered, reversed (back), plus I from the clue.  A supplementary wordplay: this food shop is also half of (some) delights

19a   Bit of toast, perhaps, cold and kind of red? (5)
CRUST:  The abbreviation for cold (seen on taps for example) followed by a shade of reddish-brown.  (I did wonder for a few seconds whether “rumb” could be a kind of red)

21a   Small, needing to get dispatched to be trained (7)
SKILLED:  The clothing abbreviation for small needs to have appended to it a word for dispatched in the sense of put to death

24a   A Greek character with skill overturned shock (6)
TRAUMA:  A (from the clue), a Greek letter, and some skill, all reversed (overturned)

27a   Lawmaker improperly hosting party for US singer (6,4)
MEADOW LARK:  An anagram of (… improperly) LAWMAKER containing (hosting) a party or function.  The internet, Oxford and Collins all have this as one word, but (6,4) is what Chambers says 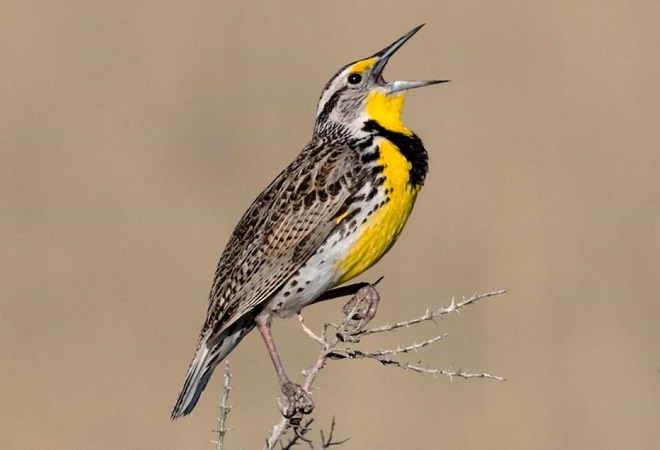 28a   Instrument of heartless caustic criticism (4)
VIOL:  A word meaning bitter criticism or malice (VI[tri]OL) without its central letters (heartless)

2d    Uniform case finally dumped (4)
EVEN:  A case or instance in which the last letter has been removed (finally dumped)

8d    Musical soirée? WI enjoy this when they’re not singing? (3,7)
JAM SESSION:  This could be a period of making a preserve, something the WI are known for

12d   Case which needs objective  prosecuting (10)
ACCUSATIVE:  A grammatical case.  I think this is a double definition but my thinking originally was that “case” is the definition and the rest might have something to do with a type of court case

14d   Singular, grim chip (5)
SHARD:  Join together an abbreviation for singular and grim or severe

15d   Most slight English in terminal (5)
LEAST:  An abbreviation for English goes in terminal in the sense of final

19d   Cold cream I replaced in china cup, for example (7)
CERAMIC:  The abbreviation for cold we saw in 19a followed by an anagram of (… replaced) CREAM I

23d   Behaved like invaders, possibly being cornered? (6)
ANGLED:  Could this mean behaved like some post-Roman invaders?  Possibly …

26d   In favour of female head of dept at uni (4)
PROF:  “In favour of” and the abbreviation for female.  Dept is used to indicate that the answer is also an abbreviation

Thanks to Musaeus.  Which were your favourites today?