Toughie No 2182 by proXimal

Good afternoon from South Staffs. Dutch is away this week, so I’ve been allowed out of my usual Friday morning slot.

It took me a little while to get going on this puzzle, with some well-hidden definitions and indicators, plus an element of General Knowledge, but once I got a toehold I was able to work steadily through. If there’s a Nina, I haven’t spotted it. Thanks to proXimal for an interesting challenge.

1a           ‘Babe’ is film about talking animal running round (7)
BAMBINO – An Italian babe – or the figure of the Christ child – is made up of a Disney animated film with talking animals, followed by the reversal (round) of a two-letter word for ‘running’. 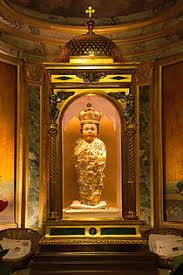 5a           Rogue Westerner on vacation heading off Asian despot (5’2)
WRONG’UN – Remove all the internal letters (on vacation) from WesterneR, then remove the first letter (heading off) from the name of the current North Korean leader.

9a           Tone of voice, constant to begin with (5)
CORAL – The definition here is a colour or shade. Start with an algebraic constant, than add an adjective meaning ‘of (the) voice’.

10a         Step into cast after joining good school of acting (9)
GRADATION – Put together Good, the acronym for a leading drama school in London, and an anagram (cast) of INTO.

11a         Important day of thinking about university (10)
MONUMENTAL – The short form of one of the days of the week and an adjective meaning ‘of (or ‘relating to’) thinking’, placed wither side of an abbreviation for University.

14a         Not recorded children travelling, with count incomplete (12)
UNCHRONICLED – Anagram (travelling) of CHILDREN and COUN(t) with the final letter removed (incomplete).

18a         Fantastic lob before repeat loss (12)
OBLITERATION – Anagram (fantastic) of LOB followed by the repetition of a process, producing loss or total destruction.

25a         Fight to end plastic waste makes us full of admiration (9)
AWESTRUCK – Anagram (plastic) of WASTE, followed by a fight for the ball on a rugby field.

26a         Encouraging prompt for one not bright rejected (5)
NUDGE – Put together the Latin abbreviation for ‘for one’ or ‘for example’ and a dull, brownish colour, then reverse (rejected) the lot.

28a         End of French plot with soldiers in revolution (7)
DESTROY – Put together the French for ‘of’ and the plot of a novel, then reverse (in revolution) the two letters used to indicate soldiers who are not officers. 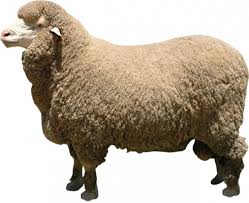 3d           Light about to disappear within nautical mile at sea (10)
ILLUMINATE – Anagram (at sea) of NAUTI(ca)L MILE, with the Latin abbreviation for ‘about’ or ‘approximately’ removed.

4d           The drink shot served up, alcoholic drink (5)
OGGIN – An informal word for the body of water also known informally as ‘the drink’. Start by reversing (served up) a shot or attempt, then add an alcoholic drink often served with tonic.

8d           People behind Mario mean on climbing frames (8)
NINTENDO – Reverse (climbing) ON (from the clue) and wrap it around a verb for ‘to mean’ or ‘propose’, to get the producers of a computer game featuring a character called Mario. 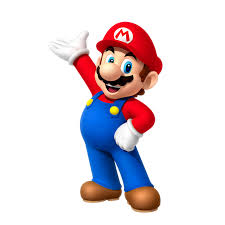 15d         Lectured Tory leader once about leaked document’s source (9)
HARANGUED – One of the Tory party leaders who opposed Tony Blair’s government wrapped around ‘leaked’ (like the dye in fabric being washed), followed by the first letter (source) of Document.

16d         Prisoner free, leaving one’s best wishes (8)
CONGRATS – One of the usual crossword prisoners followed by ‘free’ or ‘for nothing’ with the Roman numeral for one removed.

17d         Inspector caught rascal with gold (8)
CLOUSEAU – One of Peter Sellers’ comic creations is made up of the abbreviation for ‘caught’ on a cricket scorecard, a rascal or despicable person, and the chemical symbol for gold.


19d         Support for climber that’s hammered in bed … (6)
LADDER – If you wrap BED (from the clue) around this commonly-seen climbing aid, you get a synonym for ‘hammered’ or ‘extremely drunk’.

23d         … annoyed having one end of stick splitting beetroot (5)
IRKED – Put together the Roman numeral for one and the colour of beetroot, then insert the last letter (end) of sticK.

24d         Our people uprising after trashing leader’s activity (4)
STIR – Remove the first letter (trashing leader) from a shortened form of the word describing the people of these islands, then reverse (uprising) the result.