Hello and welcome one and all.  Musaeus is fairly new to the Toughie series and so far I’ve had rather mixed experiences with his puzzles.  For me this was a return to the Musaeus we saw in his first appearance here: not too hard but very enjoyable. 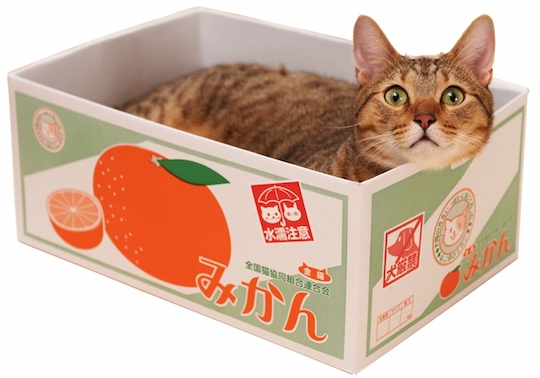 1a    Cover pan with a lid wanting soft snack (6,6)
JACKET POTATO:  Put together a cover or coat (6) and a kitchen container with the A from the clue and a three-letter lid without (wanting) the musical abbreviation for soft

9a    Plastic in globe’s base (7)
IGNOBLE:  An anagram of (plastic) IN GLOBE.  The answer always reminds me of these brilliant awards

10a   It’s a big blow being in two minds before a party (7)
TORNADO:  “In two minds” comes before A (from the clue) and our usual two-letter party or function

11a   Sincere Director-General avoiding Plod (4)
TRUE:  Don’t be misled by the capitalisation: plod here is to tread wearily.  Remove the abbreviation for Director-General from a suitable synonym and what you’re left with will be right

12a   One travelling in caravan arrived close to pound (5)
CAMEL:  Arrived (4) next to (close to) an abbreviation for pound 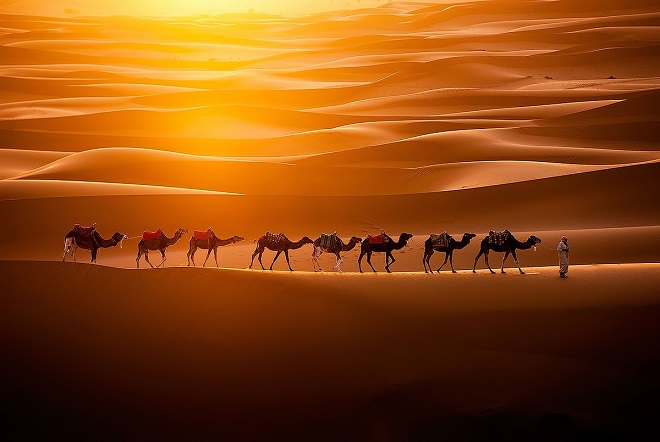 13a   Pieces on board you loudly list (4)
MENU:  Pieces on a chess or draughts board followed by the letter which sounds like (… loudly) you

16a   Robin was one in need of support I learnt sadly (7)
RELIANT:  The Robin was a make of car by this manufacturer.  An anagram (… sadly) of I LEARNT 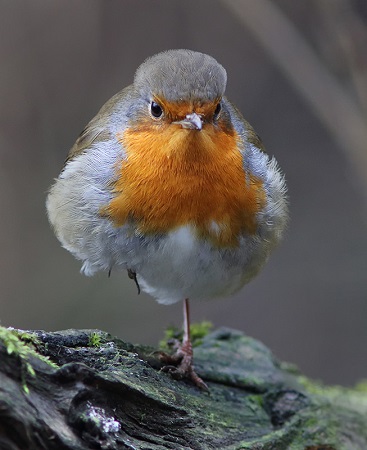 17a   Such as could sink some layabout or PE dodger (7)
TORPEDO:  This underwater missile is contained within some of the words of the clue

18a   Cancelled test, for example, with a holler (7)
WASHOUT:  The test might be a cricket match.  Concatenate the abbreviation for with, A (from the clue), and a loud call

21a   Scare off — right time to get involved? (7)
STARTLE:  Slightly off, or no longer fresh, with abbreviations for right and for time inserted (to get involved)

24a   Power behind serve (5)
PLATE:  The physics symbol for power is followed by behind or overdue.  Serve or dish out food 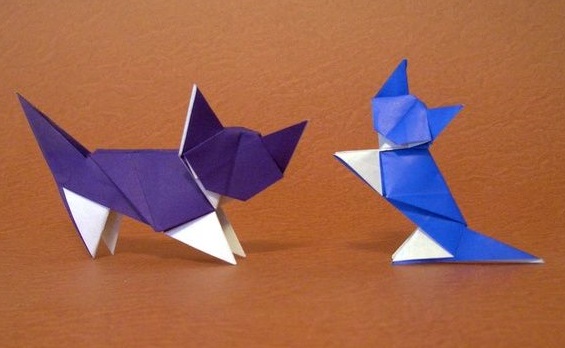 1d    Flower Juliet stuck to detailed duvet (7)
JONQUIL:  The letter represented in the NATO alphabet by Juliet (actually spelled Juliett to make it clear that the final T is pronounced), then stuck to or next to (2), and finally all but the last letter of (de-tailed) a padded bedcover.  I had to rely on the wordplay anyway, but the flower is actually a flower 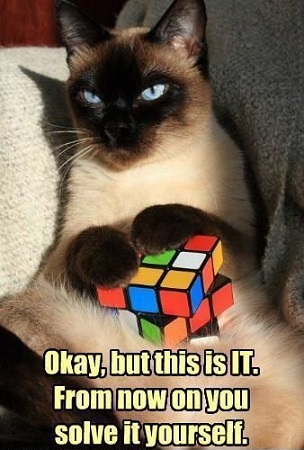 3d    Fine European member on social worker (7)
ELEGANT:  This is a charade of an abbreviation for European, a bodily member, and a social worker insect

4d    Forgiving touch over one hospital dept? (7)
PATIENT:  A light touch preceding (over, in a down answer) the Roman one and a hospital department (abbreviated, as generously indicated by dept)

5d    Limit where Queen is in matter (4)
TERM:  This was my last to parse as I’d seen the queen in the middle of the answer and was trying to understand why the remaining two (or indeed three) letters could mean matter.  Nope! — it’s the location of the two letters which stand for our queen (or alternatively a single-letter abbreviation for a queen) in the word “matter”: at the end or limit

6d    Where swingers swing? Turning role without difficulty, we hear (7)
TRAPEZE:  A role, reversed (turning …), followed by a homophone (… we hear) of a word meaning lack of difficulty

7d    International Court in perfect slot? You’ll see the whole view here (7,6)
PICTURE WINDOW:  Abbreviations for international and for court go in perfect or unadulterated.  After this goes a slot or a place in a schedule

8d    Cracking upside with doorman — this shows how it’s done (5,8)
MODUS OPERANDI:  This way of working (one often abbreviated and used in wordplay) is an anagram of (cracking) UPSIDE with DOORMAN

15d   Bishop pored over brass (5)
BREAD:  The chess abbreviation for bishop precedes a word meaning studied written information.  Brass is, like the answer, a slang term for money

19d   Wrong about cap on American energy (7)
STAMINA:  A wrong or misdeed goes around (about) a type of cap; this all goes before (on, in a down answer) an abbreviation for American

20d   Demanding the other hard shawl for prayer (7)
TALLITH:  A charade of demanding (as in a ____ order), “the other” (2), and the pencil abbreviation for hard.  A Jewish prayer shawl

21d   Pottery that is sort of orange (7)
SATSUMA:  Two definitions: a type of Japanese pottery, or a small citrus fruit.  When searching for images, I was amused by the inclusion in some of an object to show scale: naturally, an apple.  And one banana 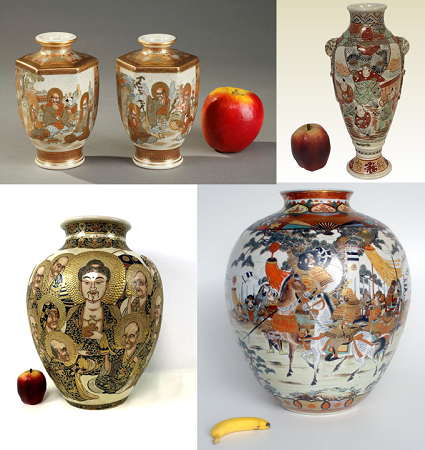 22d   Elderly going into venture for, say, Sophoclean drama (7)
TRAGEDY:  An adjective meaning elderly inside (going into) venture or endeavour

26d   I had a week getting up in dry bed (4)
WADI:  The contraction of “I had,” A from the clue, and an abbreviation for week, all reversed (getting up, in a down answer).  A dry riverbed

27d   Don’t change this! Cowboy hat son disposed of (4)
STET:  An instruction to ignore an alteration on a proof is formed by taking a famous brand of cowboy hat and removing “son” (son disposed of)