Good morning from South Staffs on a cold but not snowy morning. It was good to meet some of you at the Birthday Bash on Saturday, though my late arrival meant that I missed a good many of you.

I found Giovanni to be in benevolent mood this week, with the obscurer bits of the puzzle readily gettable from the wordplay.

1a           Professional footballer recompensed (4,4)
PAID BACK – An adjective relating to being professional, as opposed to amateur, followed by a position on the football field. 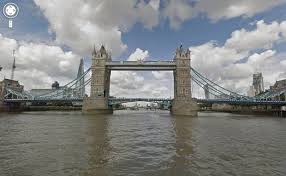 12a         Restaurants with noise — listeners are initially put off (6)
DINERS – Put together another word for noise and the things you listen with, then remove the first letter of Are. 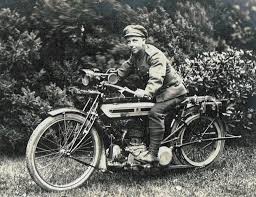 23a         Dance American country girl ignored repeatedly (6)
CANCAN – Remove a girl’s name from the northernmost country in North America, then repeat the exercise and put the two results together.

28a         Most horrific little woman given support (6)
DIREST – The short form of a woman’s name (a princess, perhaps) followed by a support of the sort found built into pieces of furniture.

29a         Christian maybe left awful church with little hesitation (8)
FLETCHER – Put together an anagram (awful) of LEFT, an abbreviation for church, and a hesitation, and you get thefirst name of Mr Christian of the Bounty .

1d           Padre is excited about a heavenly destination (8)
PARADISE – Anagram (excited) of PADRE IS wrapped around A (from the clue).

2d           Home container associated with ancient culture (5)
INCAN – The usual word for ‘at home’ followed by a metal container, giving us an adjective related to an old American culture.

3d           British song about a very small part of Germany (7)
BAVARIA – An abbreviation for British and an operatic song, placed either side of A (from the clue) and an abbreviation (small) for Very.

6d           Getting better in hospital somewhere in London (7)
HEALING – Hospital followed by one of those places at the western end of the District and Central lines.

8d           Gnome always covered in grass (6)
SAYING – A poetic word for ‘always’ with the criminal slang for ‘grass’ or ‘inform on’ wrapped around it. ‘Gnome’ here is not the little chap found in some gardens, but a pithy and sententious utterance.

10d         Island party has little Bill turning up (8)
DOMINICA – Put together one of the usual crossword parties, a prefix indicating smallness (in skirts, for example), and the reverse (turning up) of an abbreviation for a bill or account. 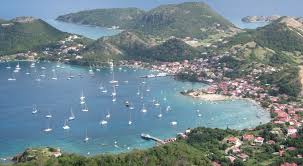 14d         Second audience for pianist (8)
SHEARING – An abbreviation for Second followed by another word for an audience (in court, perhaps), giving us the surname of George, a British jazz pianist who died in 2011.

16d         Spooner’s mentioned very cold accommodation (9)
BEDSITTER – Start with another word for ‘mentioned’ and an adjective for ‘very cold’ (weather), then apply the Spooner treatment to get a small area of living accommodation.

17d         Step taken around northern biblical city reveals splendour (8)
GRANDEUR – A step along a pathway of competence (think music exams, for example) is wrapped around Northern, and followed by the usual Chaldean city.

19d         Healthy places for housing the female mountaineers? (7)
SHERPAS – Insert a pronoun for ‘the female’ into some health resorts, and you get these inhabitants of the Himalayas.

20d         Engineer among the top people who may look for practical solution (7)
REALIST – The initials of one of the usual regiments of engineers followed by an expression (1-4) for the people invited to all the best social events.

21d         Asked to have breakfast in bed? (6)
BEGGED – BED (from the clue) wrapped around something you might have for breakfast.