Toughie No 2159 by Chalicea

Welcome everyone.  I like some Tuesday Toughies to be accessible to back page solvers, but can’t pretend that I found this of more than ** back-page difficulty.  Perhaps it was just the effect of concentrating properly on blog day, and I’ll get complaints about rating too low.  We’ll see!

That aside, there were still some nice “aha!” moments and plenty to make me smile, so I’m a happy solver.  I hope you are too.

Definitions are underlined in the clues below and indicators are italicised when quoted in the hints.  You’ll find the answers inside the                         buttons.  As usual you may click on pictures to enlarge them or uncover hidden extras.

A change of routine in kitty quarters means that pictures may sometimes have to be added a little later than the hints.  That’s the case today – my apologies — so check back in an hour or two for the blog in full colour.  Edit: now added.

1a    Prolonged shortage in Germany, facing turbulent time (7)
DROUGHT:  A charade of the IVR code for Germany, a word meaning turbulent, and the symbol for time

5a    Samuel’s eating large American pastries (7)
SAMOSAS:  A shortened way of saying Samuel’s containing (eating) both the abbreviation of a word meaning large (seen for example on clothing) and the single-letter abbreviation of American

9a    Almost rescue girl that’s plain (7)
SAVANNA:  Most of (almost) a synonym of rescue plus a feminine name 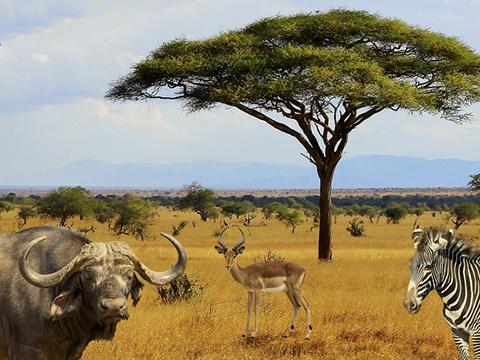 10a   Fury of right during loss of power (7)
OUTRAGE:  An abbreviation of right contained within (during) a period where the power supply fails or is cut off

11a   Heads confer to find way up for fortune-hunter (9)
BEANSTALK:  An informal word for heads followed by confer or speak

12a   Revolutionary merrymaking in bar (5)
LEVER:  The reversal of (revolutionary) some merrymaking.  The bar is one which turns on a fulcrum 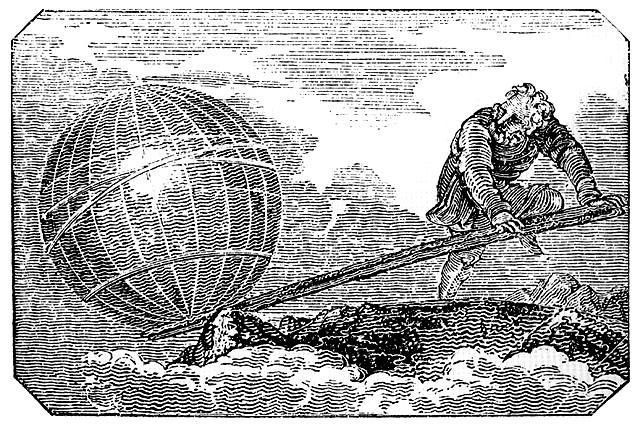 23a   Squabble involving European, top journalist and bishop over swift craft (9)
SPEEDBOAT:  A four-letter squabble containing (involving) the concatenation of abbreviations for European, our usual top journalist, bishop (in chess) and over

25a   Popular speaker’s account (7)
INVOICE:  Popular or in fashion (2) and a speaker (the main speaker of an organisation, for example)

26a   Running mates, English ones making big strides (7)
ELOPERS:  Abbreviation for English, plus some with long bounding strides

27a   Crowd on vacation ply strong drink (7)
SCRUMPY:  A crowd or crush, then ply without its inner letter (on vacation)

28a   Calm a baby heartlessly with this? (7)
LULLABY:  Calm or quiet, the A from the clue, and baby without its inner letters (heartlessly)

1d    Ruckus about damaged tubs, means of disposing refuse (7)
DUSTBIN:  A ruckus or racket around (about) an anagram of (damaged) TUBS 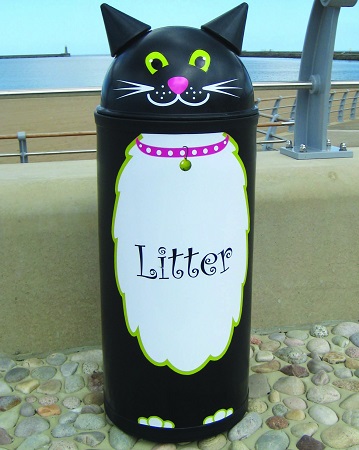 3d    Information on American class (5)
GENUS:  Information or the low-down followed by (on) a two-letter abbreviation for American

4d    Gunners destroyed flag carried by sailor in battle (9)
TRAFALGAR:  The abbreviation for the Royal Artillery (gunners) and an anagram of (destroyed) FLAG both inside (carried by) one of our usual words for a sailor

5d    Bird‘s unusual sort, first of kind (5)
STORK:  An anagram of (unusual) SORT plus the first letter of kind 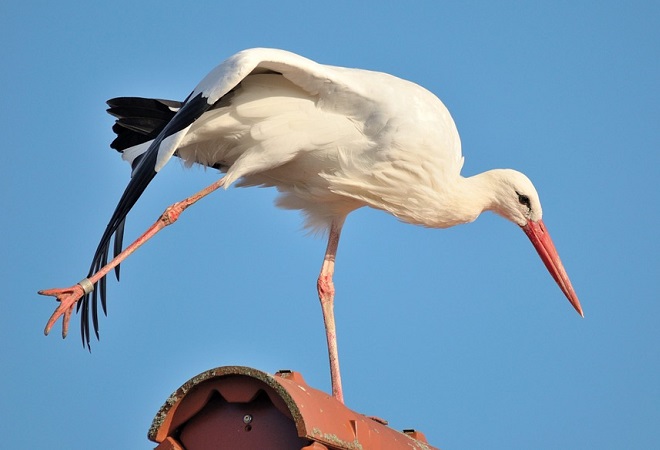 6d    French fellow and others achieve processing of gold maybe (9)
METALWORK:  Join together the abbreviated form of a Frenchman’s title, “and others” (2,2), and to achieve or bring about (miracles or wonders etc.) (4) 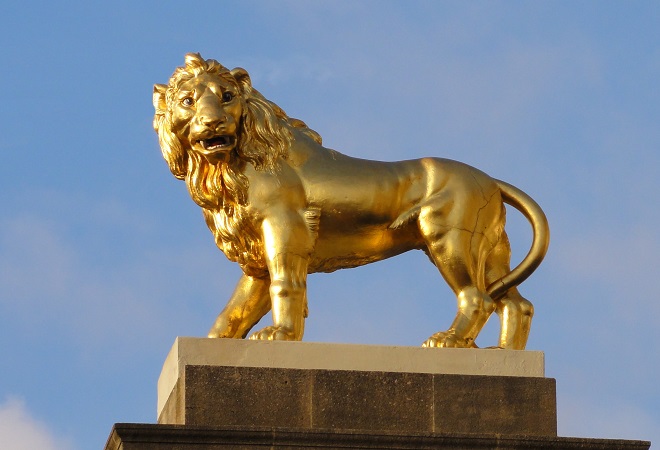 7d    Short of fare (7)
STARVED:  A mildly cryptic definition (since the more natural reading would probably be in the context of transportation), where fare means food

8d    Man clipping sheep  who was really on the ball? (7)
SHEARER:  Two definitions, the second referring to Alan the footballer 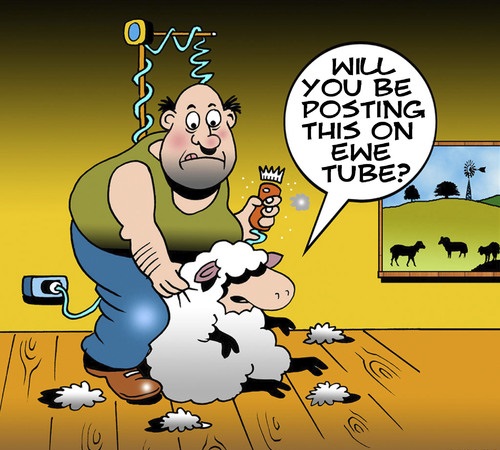 14d   Element my tribute dealt with (9)
YTTERBIUM:  MY TRIBUTE anagrammed (dealt with)

17d   Affected manners after a period of success for home helps (2,5)
AU PAIRS:  Some assumed or affected manners go after the A from the clue and spell of prosperity (2)

18d   Strip off and run around hugging man (7)
UNCOVER:  An anagram of (… around) RUN containing (hugging) an old-fashioned slang word for a chap (seen also on today’s back page)

20d   Anger over a disease (7)
CHOLERA:  Anger or irascibility followed by (over, in a down answer) the A from the clue

23d   Scruffy grain before start of year (5)
SEEDY:  Some unspecified grain before the first letter of (start of) year 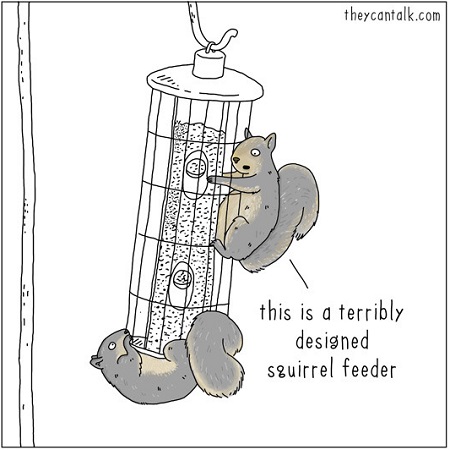 24d   Large peer turns funny (5)
DROLL:  The combination of an abbreviation for large and a noble is reversed (turns)

Thanks to Chalicea.  I particularly enjoyed “way up for fortune hunter” in 11a, the wordplay for the playboy in 17a and the “running mates” of 26a.  I was impressed by the construction of 4d, enjoyed the moment when I twigged what kind of conductor 16d was, and smiled at the image conjured by 18d.  How was it for you?