Today we have a Special Puzzle compiled by Atrica, his first “senior” level puzzle.

You wait for months for a special crossword and then two come along at once!  Thanks to Atrica for the New Year message around the perimeter of the grid and the pangram (all of the letters of the alphabet appear in the solution).

9 I can be seen sporting ridiculous horn (5)
RHINO – The I from the clue inside (sporting) an anagram (ridiculous) of HORN.

10 State that is a cause of lives of poverty? (4)
AVOW – Split 1,3, this would be what a monk or nun takes when dedicating themselves to a lift of poverty.

12 Condition is purely made up (8)
PLEURISY – An anagram (made up) of IS PURELY.

15 Document’s length unusual in a geopolitical segment (6)
LINAGE– The answer is hidden (segment) in UNUSUAL IN A GEOPOLITICAL.

17 Reject slice of bread at so tawdry a Mexican dining option (7)
TOSTADA – The answer is hidden (slice of) and reversed (reject) inside BREAD AT SO TAWDRY.

19 Undocumented maid’s behind spoiled chard and out-of-date bread (7)
DRACHMA – Remove the ID (undocumented) from maid and put the letters after (behind) an anagram (spoiled) of CHARD.

26 Dwarf is weirdly unrecognisable when stripped of coarse pants (8)
NIBELUNG – An anagram (weirdly) of UNRECOGNISABLE after removing the letters in COARSE.  The pants is a secondary anagram indicator telling us that the letters to be removed are not in the given order.

30 Every so often, I mouth a little something in Greek (4)
IOTA – The odd letters in I MOUTH A.

31 Each side the same, I later abandoned match (5)
EQUAL – The type of triangle having two equal sides without (abandoned) the I LATER from the clue.

32 Style of article on Handel wanting applause (4)
ELAN – Remove a four letter word for applause from Handel and follow with a two letter indefinite article.

1 Confused, emerging from a short sleep during vacuous homily (4)
HAZY – The A from the clue and the letter indicating zeds (short sleep) inside the outer letters (vacuous) of homily.

2 To get what you deserve, seek technical assistance (3,3,2)
ASK FOR IT – Double definition, the second relating to getting help in relation to computers.

3 Soft assignments for the underclass (6)
PROLES – The abbreviation in musical for soft or quiet followed by a five letter word for assignments or parts.

4 Pair of hippie insiders embracing sex expert getting underground support (3,4)
PIT PROP – The two central letters of hippie around (embracing) a two letter word for sex and a three letter word for an expert.

5 Person shouting about old Germany is vocal traditionalist from Alpine regions (8)
YODELLER – A six letter word for a person shouting around the abbreviations for Old and Germany.

6 Mineral prescribed by new caregiver losing head (6)
NATRON – The abbreviation for New followed by the name of a senior nurse without the initial M (losing head).

7 French art being shown in the Middle Ages (4)
EONS – The French second person singular of the verb to be (art) includes (in the middle) a two letter word meaning being shown.

14 Boundary enclosing, essentially, four American people (5)
SIOUX – The name of a boundary score in cricket around the inner letters (essentially) of four.

18 Princess and society still in anxiety… (8)
DISQUIET – A two letter name of a princess followed by the abbreviation for society and a five letter word meaning still or peaceful.

20 …while Charlie, remiss, hugs the Queen — what is this? (8)
CLERIHEW – An anagram (remiss) of WHILE C (Charlie) around (hugs) the regnal cypher of the current monarch.  The answers to 18 and 20 combined create this verse form.

21 For example, marathon drawn-out series (4,3)
LONG RUN – Double definition of a description of the Marathon (as a race) and a draw-out series (such as a stage show that continues over several years).

23 Noel Edmonds could be in tuxedo on the radio (6)
DEEJAY – The full spelling of DJ (as letters as they would be heard on the radio). 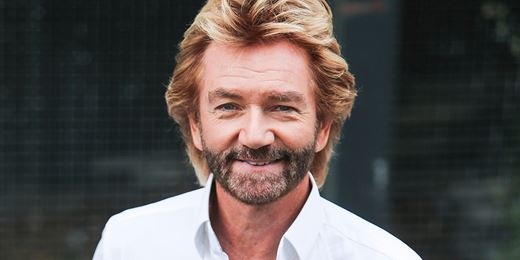 27 Metallic element — and not iodine, in retrospect (4)
IRON – A reversal (in retrospect) of a three letter word meaning and not and the chemical symbol of iodine.