Seasonal felicitations to all you lovely setters, bloggers, solvers and lurkers.  I hope you are having the kind of time that you wish.  If not, it’ll be over soon.

Firefly has served up a feast of a puzzle with all the … well, that will become clear. 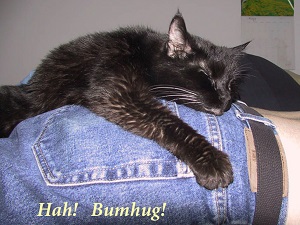 1a    First of particularly intriguing gifts staying under wraps for a 9 (4,2,8)
PIGS IN BLANKETS:  The first letters of four words of the clue followed by a phrase meaning wrapped up inside some coverings (under wraps) 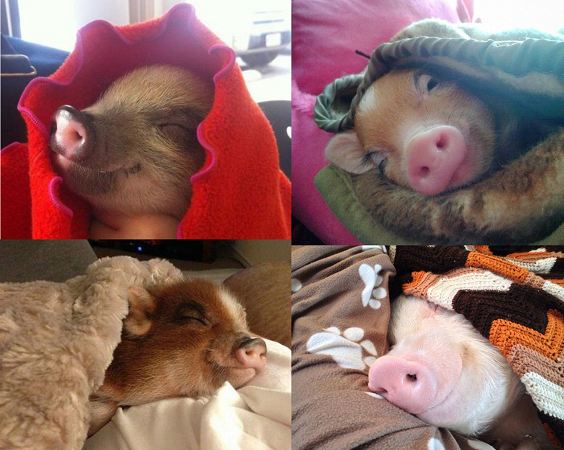 9a    Time to put in a call about Jimmy’s interior decoration (8)
TRIMMING:  T (time) plus a verb to call on the phone around (about) the inner letters of Jimmy (Jimmy’s interior) 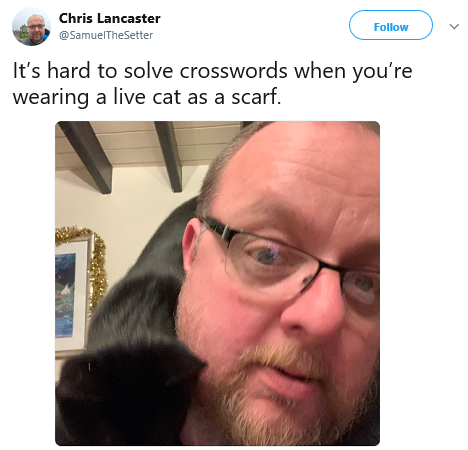 13a   Mean to bowl Don out, letting India in (4,4,2)
BOIL DOWN TO:  An anagram (… out) of TO BOWL DON containing the letter encoded by India in the NATO alphabet

15a   How to work a pantomime horse? (2,6)
IN TANDEM:  A description of the way of operating a pantomime horse, for example, or a bicycle made for two.  The front end of the horse should be aware of where the back end is, but still the audience insist on repeatedly hollering the reminder: “(s)he’s behind you!”

16a   Forced to stand up inside Palladium (6)
PRISED:  A four-letter word to stand up goes inside the chemical symbol of palladium

18a   Maybe Hamish — back home — can give warning (6)
TOCSIN:  Hamish is an example of a person of a particular nationality, who is reversed (back) and followed by our usual two-letter word for (at) home

20a   Mister Scrooge behind at nothing? (8)
ATOMISER:  A scrooge goes after (behind) the combination of AT from the clue and O (nothing)

23a   Tumbled head first over Victor’s car part (5,5)
DRIVE SHAFT:  An anagram of (tumbled) HEAD FIRST around (over) the letter encoded by victor in the NATO alphabet

24a   Single-handed mariner’s nemesis, oddly featured in cartouch (4)
CROC:  Letters at the odd-numbered positions of (oddly featured in) cartouch.  The mariner is the one in Peter Pan 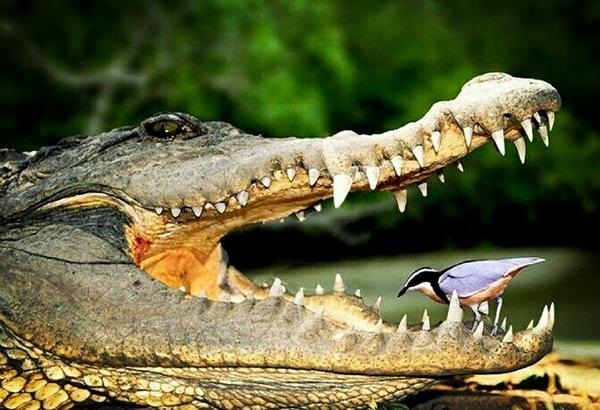 27a   Specify Pinot, perhaps? (5,3)
POINT OUT:  An inverse clue, in which an anagram of PINOT is followed by an anagram indicator.  Don’t mind if I do! … but if you’d prefer a beer, how about reinbeer? 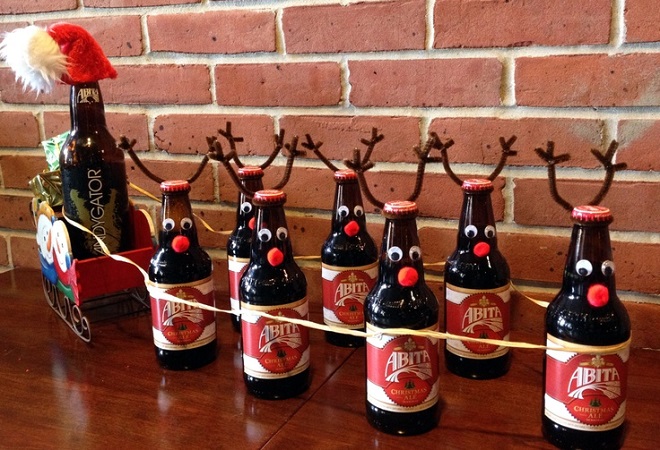 28a   Arrangement of ‘Silent Night’ not hard, but needing a head for learning — i.e. brains! (14)
INTELLIGENTSIA:  An anagram (arrangement) of SILENT NIGHT without H (hard, of pencils) but with A (from the clue), the first letter of (head for) learning and I.E. (also from the clue) included

2d    Queen wears last word in great clothing (7)
GARMENT:  A single-letter abbreviation from the Latin for queen goes inside (wears) the last word (especially of a prayer); this is then all placed inside an abbreviation for great 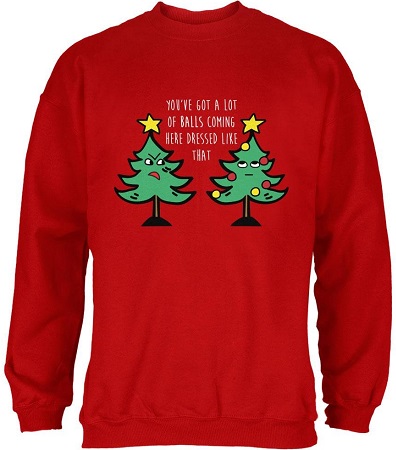 3d    A measure of William Blake’s work? (4)
IAMB:  This poetic measure is contained in the clue

5d    Seasonal harbingers perched on trees (6)
ANGELS:  A cryptic definition of the bringers of tidings in the Christmas story 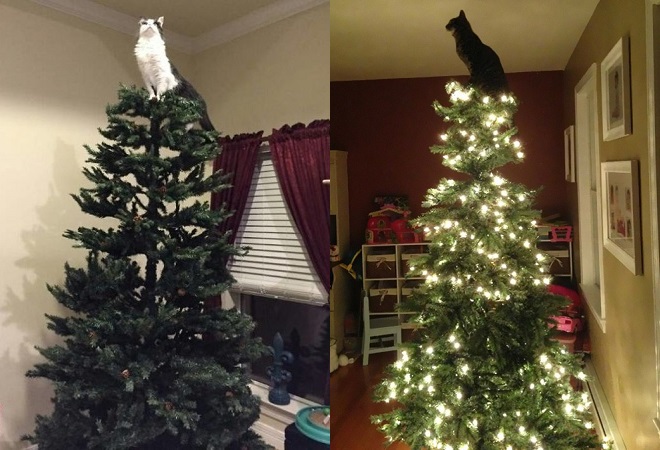 7d    Skivers can be mostly honest workers (7)
TRUANTS:  Most of a word meaning honest followed by some worker insects

8d    Invaluable specification for Vincent’s successor? (6,5)
BEYOND PRICE:  The successor of American actor Vincent might be described thus

11d   Rowing? Take out a loan (3,4,4)
RUN INTO DEBT:  Another reverse clue.  The first word of the answer can be abbreviated to R, and the rest of it gives owing

14d   Say performance is coming up to ‘not out’ — this could be player’s downfall (6,4)
INSIDE EDGE:  The combination of the Latin-derived abbreviation for example (say), a performance or act, and IS from the clue, reversed (coming up, in a down clue) to a word meaning “not out”

17d   Tricky broadcast during carol for 9 (8)
STUFFING:  Four letters which sound like (… broadcast) tricky or hard inside (during) a verb to carol 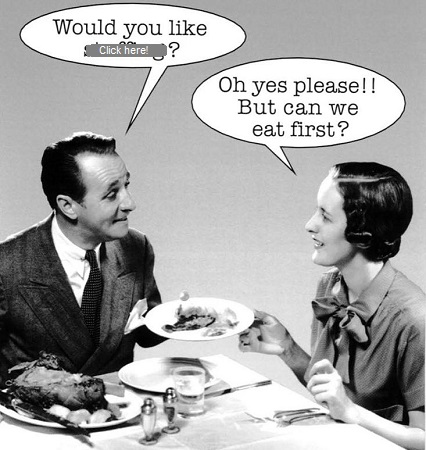 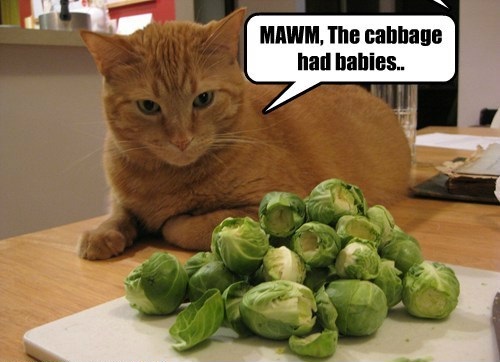 25d   Heads up for what a cracker may do? (4)
STUN:  An informal term for heads reversed (up).  The cracker is a knockout, not the type containing some tat, a hat and a bad joke.  Apparently cracker jokes are deliberately unfunny so that people can all join in even though humour varies widely: not everyone will laugh at a good joke, but everyone can groan at a bad one.

Thanks to firefly for the puzzle and 9as.  Some really clever seasonal references here.  I also liked the use of “Mister” in 20a and the single-handed mariner of 24a.

I hope Firefly won’t mind if I mention clues by other setters, but both of these clues reminded me of ones by our ex-rookies.  There was Dutch’s lovely Mister Blue-Rinse gets a makeover (9) (4d in Independent 10015), and my absolute favourite cryptic definition of the year by Eccles: He single-handedly fought to secure eternal youth (7,4) (1d in Independent 9922).