A Puzzle by Dill

Dill entertains us once again with a creep-crawly filled crossword with lots of smooth surfaces and  nothing too complicated or strained in the cluing.

1 Standing proud, listen how Bond was managed (8)
EMBOSSED – A homophone (listen) of M BOSSED (M being the boss of James Bond).

5 Church offical‘s relations with heavyweight (6)
SEXTON – A three letter word for carnal relations followed by the name of a heavy weight.

10 Creature swimming in the fresh water butt (5)
ROACH – Double definition of a freshwater fish and a cannabis joint.

11 Queen pursues true lad? Unfortunately he’s not (9)
ADULTERER – An anagram (unfortunately) of TRUE LAD followed by a two letter abbreviation for the queen.

13 Speechless, excited elder accepts Oscar on behalf of literary headmaster (10)
DUMBLEDORE – A four letter word meaning unable to speak followed by an anagram (excited) of ELDER in which you include (accepts) the letter represented by Oscar in the NATO phonetic alphabet.

19 Time for ironing? (7)
EVENING – Double definition of a time of the day and the result of ironing something.

21 Nasty smell from entrée of smoked fish (6)
STENCH – The first letter (entree) of smoked followed by a five letter word for a type of fish.

25 Second–check credit (4)
TICK – Triple definition for a short period of time, a check mark on an exam paper and a word for credit.

29 Little girl and boy like some crisps? (6)
SALTED – The abbreviated forms of Sally and Edward.

30 In Paris I source pearl now and then for Cartier, perhaps (8)
JEWELLER – The French (in Paris) for I followed by a four letter word for a source and the even letters (now and then) of pearl.

2 Money  Ireland raised for restaurant (9)
BRASSERIE – A five letter slang word for money followed by a reversal (raised) of a four letter word for Ireland.

8 Riders head off for Northern Vikings (8)
NORSEMEN – Remove the first letter (head off) from a word for riders and replace with the abbreviation for Northern.

17 Prepare lace and chino for dyestuff (9)
COCHINEAL – An anagram (prepare) of LACE CHINO. 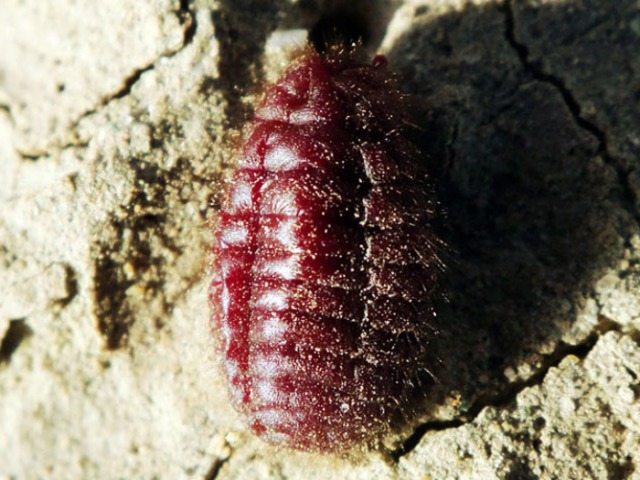 22 Duchess hugged by senior winter sportsman? (6)
SKATER – The first name of the Duchess of Cambridge inside (hugged by) the abbreviation for senior.

24 Male murder victim’s name (5)
MABEL – The abbreviation for male followed by the name of the brother murdered by Cain.