It’s the day of the Times Crossword finals and the post-brain-bashing gathering nearby.  Good luck to everyone taking part and will anyone manage to dislodge Mr Magoo who has been champion for the last eleven years?  Probably not, but we should appreciate the sheer genius of his mind.  That’s not to say that someone else will steal his crown, but if Leicester City can win the Premier League, then someone might just do so.  However it needs nerves of steel to cope with three puzzles within an hour in either of the semis and then three more in the Final, all of them specially compiled for the event.  The puzzles are generally printed on Wednesday for the next few weeks (usually from a week on Wednesday after the event).  A number of our luminaries both from the solving and setting teams round these parts are taking part and I wish all the best of luck.

The Telegraph has held a solving competition some years ago, when Sir Paul McCartney donated a trophy in honour of his late Uncle, Bert Danher, who was for many years the Wednesday setter (he was also Hendra in the Guardian).   However it should be pointed out that the winner of the trophy was Mark Goodliffe (aka Mr Magoo), so he has that title as well.

Back to today’s puzzle and I wouldn’t expect too many of today’s competitors would be troubled by it.  It’s a pleasant and agreeable solve, probably by one of the Mysterons, I’d guess though I can’t be sure of which.  There are a couple of clues that raised an eyebrow as to how they work though the answers seemed gettable.

If you do finish handily and are looking for other challenges, there is the wonderful Rosa Klebb showing you how to make you smile when solving, on duty in the Financial Times, and Imogen, who is a reasonable bet to be one of the torturers at the London event today is on duty in the Guardian.  Both puzzles can be downloaded without a subscription.  There will also be an NTSPP puzzle by a very enjoyable setter along around noon.

1.  Outskirts of Brisbane left right behind too (7)

Take the outer letters of the Australian city and add something meaning left and right of an object to give something referring to too.

Think of something associated poetically with The Carpenter and then rearrange the letters of stomach with U (for uniform) inside.  It’ll give you a feature found on some (male) people.  To inspire you, here’s American golfer Craig Stadler.

The abbreviation for husband, plus a two-word phrase meaning rather gives you a word meaning routine.

A way of getting onto a ship is found by taking something that means a mob and adding a synonym, of means.

17.   Revolution mainly works in theatre — one with unique outlook (7)

A word meaning a revolution, minus its last letter shown by ‘mainly’.  Add to this works, in short, done in certain type of theatre, i.e. a non-acting one.  this will give a creature with could be said to have a unique outlook on all he/she surveyed.  Here’s one of my favourite shows. 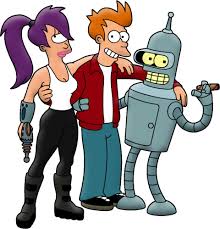 A word referring to current (as in time) is hidden inside this clue.

Take a word for one of your relatives and move the first letter to the end (good move) to give something meaning called.

This clue slightly troubled me.  An anagram of the first three words (not sure soppy is an anagram indicator!) and then add a phrase associated with a celebrity (I thought the noun had -er on it and the word here was where you found him or her).

This was a lovely clue with a delightfully misleading surface reading.  Another way of saying ‘nick’ is also a way of saying someone who closes in an aggressive manner!

Here the definition is the first two words (in a sporting context).  Take a word meaning to personally incline yourself (usually after a performance or out of respect) and insert the abbreviation for left.

You are looking for a phrase that refers to something done personally but awkwardly.  An anagram of the second and third word, plus a word meaning cunning to give you the phrase you need.

The name for someone who works in the health field is revealed by taking the abbreviation for love in tennis and adding the word for a sect with is inside.

The name for something that can be a fall-back for and event or thing is found by making an anagram (Chopped-up) of SPAM IN MAC and CHEESE.

A way of saying the speed of something is found by reversing the  an abbreviation for (weather) forecasters and adding the name of something that runs in Italy (see the solving guides mentioned above).

Inside a word for an agent, much used in the news recently, add the abbreviation for cold plus a type of alcohol.  This gives a slang word or name for a different type of alcohol.

Two abbreviations for the state, give a slang name for being out of your mind.  Nice clue.

Remembers, as it says below, PLEASE DO NOT GIVE DIRECT ANSWERS OR EXTRA CLUES THAN THE ONES GIVEN.  There are reasons for this and I’m not going to go over them again.  Now play nicely and be good!