Good morning from South Staffs on a bright, chilly morning.

I found this puzzle to be at the trickier end of the Giovanni spectrum, though as always, once the puzzle has been solved, it is hard to see why.

1a           Mum meeting someone in Glasgow? It’s supposed to be lucky (6)
MASCOT – A short word for ‘mum’ followed by the nationality of a native of Glasgow, Edinburgh, or anywhere else north of the border.

5a           ‘Goody’ about to catch ‘baddy’ — they run at a moderate pace (8)
TROTTERS – Reverse (about) the short form of the title of a particularly good or holy person, then wrap the result around a nasty person. 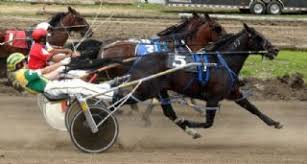 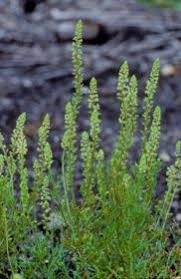 10a         Japanese ingredient is included by Maureen (4)
MISO – IS (from the clue) inserted into the diminutive form of the name Maureen, giving us a paste made from soya beans fermented in brine. 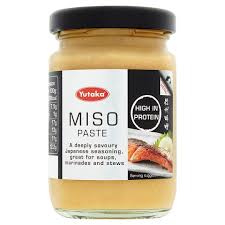 11a         Embellish talk to be given at end of month (8)
DECORATE – The abbreviated form of one of the months of the year, followed by a verb meaning ‘talk’ or ‘give a public speech’.

12a         Knowing about bar’s closing and opening (6)
CRANNY – The last letter (closing) of baR, inserted into a word for ‘knowing’ or ‘astute’. The answer is the sort of opening often associated in the plural with nooks.

13a         Member of tribe about to get instruction in English language (4)
CELT – One of the Latin abbreviations for ‘about’ or ‘approximately’, followed by a three-letter acronym for English Language Teaching.

15a         What’s having detrimental effect on mother, getting old? (8)
DAMAGING – The mother of a thoroughbred racehorse followed by ‘getting old’.

21a         Major digital operator at ground level? (3,3)
BIG TOE – Cryptic definition of one of the appendages of the human body, one usually found close to the ground.

23a         Worst group for tackling tricky issue (8)
LOUSIEST – Anagram (tricky) of ISSUE with a group or collection wrapped around it.

26a         Well planned, albeit needing someone to promote business (7,3)
THOUGHT OUT – Another word for ‘albeit’ followed by someone seeking to drum up business.

27a         Places like Plymouth, Southampton, each involved in games (8)
SEAPORTS – An abbreviated form of ‘each’ inserted into ‘games’ or ‘athletic contests’.

28a         Country fare for major festival (6)
TURKEY – Double definition, possibly one that’s enough of a chestnut to make the stuffing for the answer. 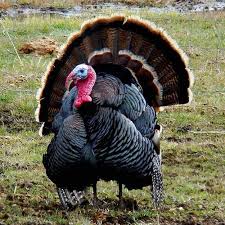 2d           Lively soldier drowning in booze (5)
AGILE – The usual abbreviation for a US soldier, inserted into some rather more English beer.

3d           Business groups getting on, type retained by American agency (9)
CONSORTIA – Put together ON (from the clue) and another word for ‘type’ or ‘kind’, then wrap an American spy agency around the result.

4d           Islander in trouble not turning up (6)
TONGAN – Put together a verb meaning ‘trouble’ or ‘harass’ and NOT (from the clue), then reverse the lot to get a South Sea islander.

5d           Scruffy kids, a lot I smartened somehow after short time (15)
TATTERDEMALIONS – An abbreviation for Time followed by an anagram (somehow) of A LOT I SMARTENED.

7d           Cheers when a politician enters US city (5)
TAMPA – A short word for ‘cheers’ or ‘thank you’, wrapped around A (from the clue) and one of the usual crossword politicians.

8d           Vibrancy of English boy in foreign country, blasting off loudly (9)
RESONANCE – Remove the musical symbol for ‘loudly’ from the front of the name of a foreign country, then wrap the result around English and another word for ‘boy’.

14d         To kill time, I acted strangely (9)
ERADICATE – A historical period of time followed by an anagram (strangely) of I ACTED.

16d         Fighter, happy one attending common soldiers (9)
GLADIATOR – Put together another word for ‘happy’, the Roman numeral for one, a short word for ‘attending’, and the acronym for soldiers who are not officers. 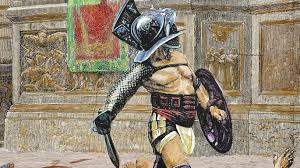 17d         Terrible performer? Not a person taking charge (8)
DIRECTOR – Another word for ‘terrible’ or ‘dreadful’ followed by a stage performer with the letter A removed (not a).

24d         Old novelist in shed in the home counties (5)
SHUTE – A shed or hovel with the geographical location of the Home Counties wrapped around it, giving us an author from the 19410s and 1950s, famous for On the Beach and A Town Like Alice.