Good morning from South Staffs as the sun struggles to break through the early cloud.

Some nice anagrams to get you started on today’s Giovanni, and one old chestnut resurrected from the past, which may give newer solvers pause for thought.

9a           Successful book rep doing more business than the rest? (10)
BESTSELLER – Split (4,6) this could be a commercial traveller making more deals than his colleagues.

13a         They may hiss, exerting pressure (5,5)
STEAM IRONS – Cryptic definition of some domestic items used for pressing.

17a         Stories offering discord reader finally abandoned (7)
FICTION – A generic word for non-factual writing is reached by removing the final letter of readeR from a word for discord or inability to get along.

18a         Any number taken on board by one engaged in money matters (7)
FINANCE – Put the algebraic symbol for ‘any number’ into an engaged person.

20a         Start to select apparatus for dramatic performance (4)
SKIT – The first letter (start) of Select followed by some apparatus or equipment.

21a         Earnest prayers from competitors filled with worry (10)
ENTREATIES – The competitors in a tournament wrapped around another word for ‘worry’ (as in ‘What’s —ing you?’)

25a         Athlete comes to Scottish peak, having eaten a bit of food (6,4)
RUNNER BEAN – A track athlete followed by the name given to mountains in Scotland wrapped around A (from the clue). 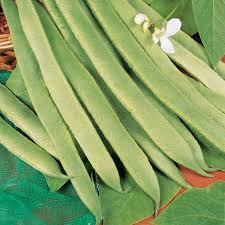 28a         Daughter is in grass on blanket (14)
INDISCRIMINATE – Daughter and IS (from the clue) inserted into what a ‘grass’ does when he shops someone to the police.

1d           Be like a pachyderm and don’t get upset easily (4,1,5,4)
HAVE A THICK SKIN – This metaphorical expression is also literally true of a pachyderm, the last two words of the answer corresponding to the meaning of the two Greek words from which ‘pachyderm’ derives.

4d           See battle trophy being put outside, a sort of shell (7)
SCALLOP – A word for ‘See!’ or ‘Behold!’ inserted into the sort of battle trophy that Native Americans were reputed to take from their enemies. 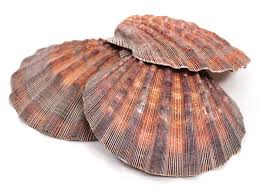 5d           Little old peers and VIPs, terribly dictatorial (10)
OPPRESSIVE – An abbreviation (little) for Old followed by an anagram (terribly) of PEERS and VIPS.

6d           Happy to embrace good person, a competitor (10)
CONTESTANT – Another word for ‘happy’ wrapped around the abbreviation for a good or holy person and A (from the clue). 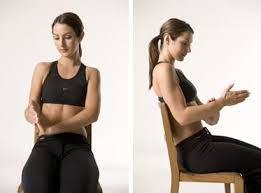 26d         Essayist producing excellent article in French, revolutionary (4)
ELIA – Put together the two letters which look like an alphanumeric expression indicating excellence, add a French definite article, then reverse the lot, to get the pen name of the 19th-century essayist Charles Lamb. This used to appear regularly in crosswords, but doesn’t seem to have shown up in the Telegraph for several years.