Good morning from South Staffs on a fine morning.

Giovanni told us last week that he was taking a break during September, and I don’t think this is one of his, though the assumption of familiarity with Scripture at 19a and 22d is rather like him. No particular problems this morning.

11a         Influence of bank probed by newspaper (8)
LEVERAGE – The sort of bank used to prevent a river from flooding, wrapped around an informal term for a newspaper.


12a         Calm down male faced with something falling down chimney? (6)
SOOTHE – A male pronoun preceded by the black stuff which accumulates in chimneys where open fires are used.

16a         Allowed granny to go to church — that’s mattered, getting outside (12)
COUNTENANCED – Put together another informal term for a granny and the abbreviation for the Church of England, then wrap a verb meaning ‘mattered’ or ‘was significant’ around the result.

19a         Smell attached to old biblical city? That’s funny! (6)
HUMOUR – Put together a bad smell, Old, and the usual Old Testament city in the Chaldees.

21a         Opportunist, unknown character in court (8)
CHANCERY – Another word for an opportunist followed by an algebraic unknown, giving us a division of the High Court which was satirised by Dickens in Bleak House.

23a         Wicked home with time for witty conversation (8)
BADINAGE – Put together another word for wicked, ‘at home’, and a long period of time.

24a         Fire in one holiday cottage accommodating any number (6)
IGNITE – The Roman numeral for one followed by a French holiday cottage wrapped around the algebraic term for ‘any number’.

26a         What sounds like rubbish provided by Heather gossiping (8)
TATTLING – A homophone of a word for rubbishy stuff, followed by one of the words for heather.

2d           Proper to have journalist briefed (6)
PRIMED – ‘Proper’ or ‘buttoned-up’ in behaviour, followed by the usual crossword journalist.

6d           Criminals — Robin and suchlike primarily? (5)
HOODS – The surname of Robin the outlaw from Sherwood Forest followed by the first letter of Suchlike.

7d           Prisoner having got moulded obeyed the rules (9)
CONFORMED – One of the usual crossword prisoners followed by ‘moulded’ or ‘shaped’.

8d           Close shave leader avoided running to ground (8)
EARTHING – Remove the first letter (leader avoided) from a phrase (4,5) for a close shave, and you get an electrical term for running the current to ground. 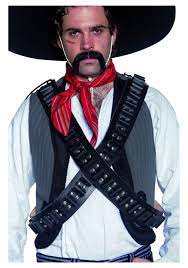 14d         Left-wing party is beginning to threaten (9)
SOCIALIST – Put together a type of party (my school Parents’ Association used to organise these), IS (from the clue), and the first letter of Threaten.

15d         Settle in work mostly wearing coat (8)
POPULATE – Remove the final letter (mostly) from the Latin word for a (musical) work, and insert the result into a verb meaning ‘coat with metal’.

18d         Something very small supporting a big mass? (6)
PROTON – A subatomic particle made up of a word for ‘supporting’ or ‘in favour of’ and a heavy weight.

20d         Prepared to study before getting Third in Physics (5)
READY – The third letter of phYsics tacked on to a word for ‘study’.

22d         Famous wedding venue overlooking lake or some other waterway (5)
CANAL – The venue for the New Testament wedding feast where water was turned into wine, followed by an abbreviation for Lake.