Toughie No 2071 by proXimal

Hello, everyone.  I'm standing in for Dutch today.  I thought that this puzzle was a masterclass in misdirection and subtlety.  With a couple of exceptions, I believe that the hints themselves would be right at home in one of my Tuesday back-page blogs.  The difficulty with the clues mostly came from the use of clever synonyms that had me going down the wrong path several times.  It's easy to make a puzzle difficult by using obscure vocabulary and complex wordplay, but to construct head-scratching two-ingredient charades, container and contents, etc., using well-known words must take real skill.  The abundance of such clues here meant that there were a lot of penny-drop moments, so the struggle to fill the grid and parse the clues was most definitely worth it.  I was impressed and entertained.

1a    Coppers freed convert (5,6)
LOOSE CHANGE:  Assemble synonyms of freed and convert to get some coppers you might find in your pocket 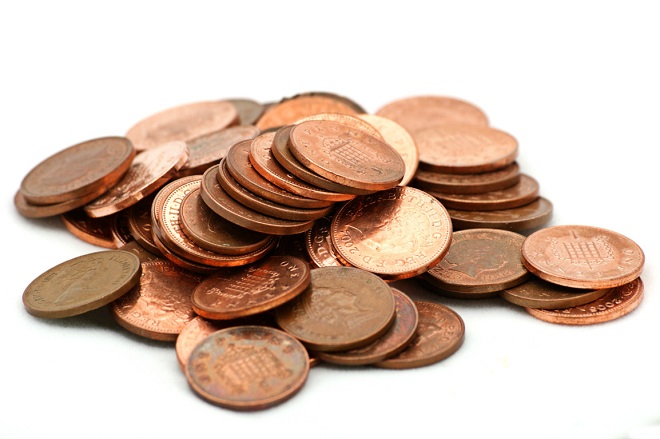 9a    Advocate felt so passionate about bears (7)
APOSTLE:  The reversal (about) of FELT SO PASSIONATE hides (…bears) the answer

10a   Heavy steel around yard (6)
DROWSY:  A weapon of steel is reversed (around) and followed by an abbreviation for yard

12a   Apparently embarrassed about firm leaving hotel, result of double-booking? (3,4)
RED CARD:  Concatenate the colour indicating embarrassment, a single-letter abbreviation for about, and a synonym of firm minus the letter represented by hotel in the NATO phonetic alphabet (leaving hotel)

13a   Abridged long story book for model (7)
EPITOME:  Put together all but the last letter (abridged) of a long story, and a large book

14a   Jam  cake slice (5)
WEDGE:  A double definition.  A type of shoe would be another.  I wondered for a while if this could be a triple definition, but I couldn't find a convincing justification for that interpretation 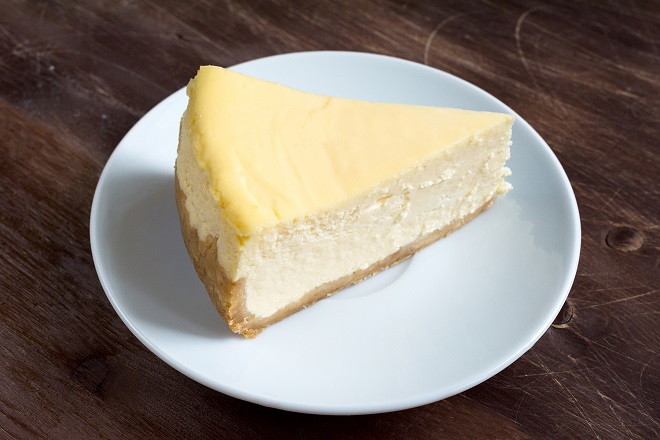 15a   Discontented, eat chapati served lukewarm (9)
APATHETIC:  An anagram (served) of the outer letters (discontented) of E[a]T and CHAPATI

17a   Beginning one, fancy nice pint (9)
INCIPIENT:  The Roman one is followed by an anagram (fancy) of NICE PINT

20a   Ruling from sports body leads to tournament with apps (5)
FATWA:  The abbreviation for a major UK sports body with the initial letters of (leads to) TOURNAMENT WITH APPS

22a   Charity  leaflet (7)
HANDOUT:  A rather straightforward double definition

24a   Tag European boat on inlet (7)
EARMARK:  Amalgamate an abbreviation for European, an inlet or channel, and a biblical boat.  This clue is following the convention that in an across clue, A on B = B A 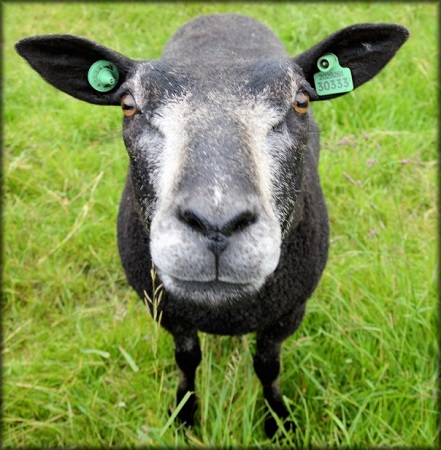 25a   Amazing wife, outstanding (6)
WOWING:  Stick together the abbreviation for wife and outstanding or unpaid

26a   Set of teachers primarily scared ignoring head (7)
THICKEN:  The initial letter (… primarily) of TEACHERS with all but the first letter (ignoring head) of a synonym of scared

27a   Perhaps, tidies secret place out (11)
RECEPTACLES:  An anagram (out) of SECRET PLACE 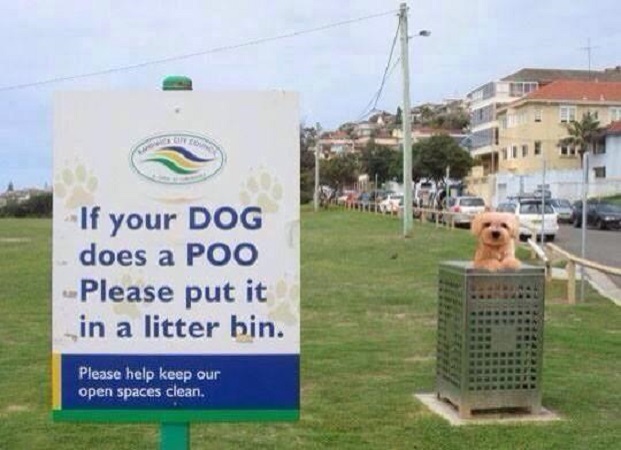 2d    Leave behind unpopular people (7)
OUTRACE:  Cement together synonyms of unpopular and of people

3d    Reportedly separated from pod, search for aquatic creature (9)
SHELDRAKE:  A collection of letters sounding like (reportedly) a word meaning 'separated from pod' is followed by search or scour.  I hadn't heard of this creature before tackling this puzzle, so he needed verifying 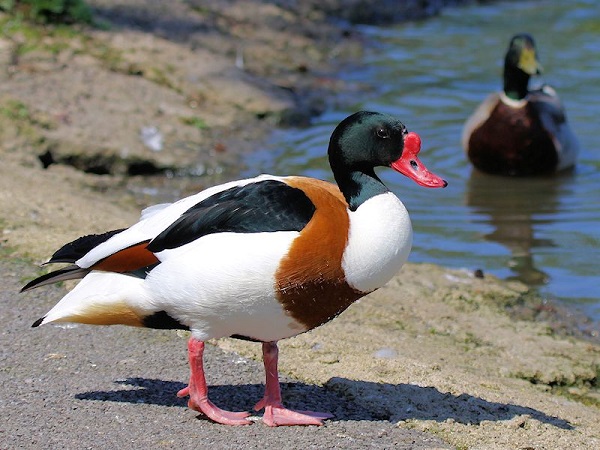 4d    Set day to be in charge (5)
CADRE:  The abbreviation for day is inserted in (to be in) charge or custody

5d    Axe I lift up to cut timber (7)
ABOLISH:  I from the clue and lift (a ball perhaps) are reversed (up, in a down clue) and inserted in (to cut) a wood used for bats and tool handles

6d    Be deprived struggling on a shoestring, sort of insane to miss out (2,5)
GO SHORT:  This is a subtractive anagram (struggling) of O[n] [a] [s]HO[e]STR[in]G without (to miss out) the letters contained in INSANE, with sort of indicating that those letters occur jumbled up in the fodder

7d    With hellish war cry, figure to be respected (5,6)
CARRY WEIGHT:  Glue together an anagram (hellish) of WAR CRY and a figure lying between seven and nine

8d    Picked up young animal, exhausted and collapsed (6)
FOLDED:  Join homophones (picked up) of a young horse and an informal word for exhausted or finished

11d   Kick off, feeling pressure under collar (3,8)
GET CRACKING:  An adjective describing a possible sign of being under pressure comes after (under, in a down clue) collar or seize

16d   With article penned, I cut and cut to edit, but not paste (9)
AUTHENTIC:  A grammatical article is contained by (…penned) an anagram (to edit) of I from the clue, AN[d] minus its last letter (cut), and CUT 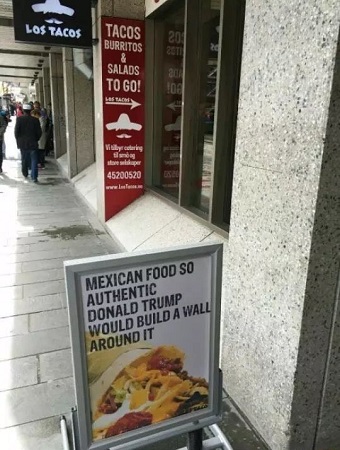 18d   Excuse ready following fraud (7)
CONDONE:  Ready or completed is following a slang word for a fraud or swindle

19d   Virtuoso, smooth figure (7)
PROFILE:  Stick together a contraction that could describe a virtuoso or expert, and smooth with an abrasive tool

20d   Rich base beneath wobbly trifle (7)
FERTILE:  The letter representing the base of the natural logarithms is placed after (beneath, in a down clue) an anagram (wobbly) of TRIFLE 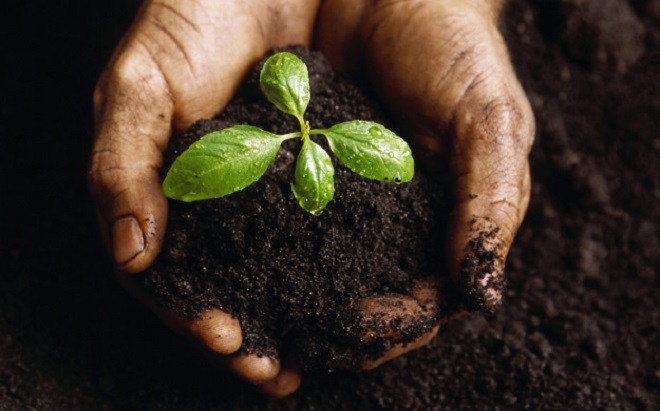 Thanks to proXimal for a fun puzzle that was the 13a of how to create a challenging yet enjoyable crossword.  I liked the complex 6d and 16d, but favourite honours this week go to the clever 11d, with 21d right behind it.  Which clues did you like best?