Good morning from South Staffs, where after last week’s brief burst of summer the clouds have returned.

The strategically placed anagrams gave me a quick start to this puzzle by Giovanni, and I was rattling along until I came to a halt on 27a, which took me a while to see.

10a         Female Conservative taking particular position (9)
CONSTANCE – An abbreviation for Conservative followed by a physical or metaphorical position, giving us a woman’s name.

17a         Was first to get replacement for tungsten lamp? (3)
LED – Double definition: was first in a race; or a three-letter acronym for a form of lighting.

21a         Consequence of university learner getting external support (6)
RESULT – The sort of support a snooker player uses for his cue, wrapped around University and Learner.

25a         Good person ‘it ‘ard showed signs of nervousness maybe? (9)
STAMMERED – The abbreviation for a person so good that he or she has been canonised, followed by another word for ‘it ‘ard, treated in the same way

28a         Helmet — it’s not this being worn by one knight (3,3)
TIN HAT – The Roman numeral for one and the chess notation for a knight, with the opposite of ‘this’ wrapped around the result.

29a         A time to hold party with sailors and soldiers getting decoration (9)
ADORNMENT – Put together the usual crossword party, the initials of the service that our sailors belong to, and a number of soldiers. Then put A (from the clue) and Time at either end of the result.

2d           Stir when little river goes into a great river (6)
AROUSE – A (from the clue) and the second half of the name of an English river, the first half of which is ‘Great’, placed either side of the usual abbreviation for a River.

4d           At least eight rods providing restrictions (6)
CHAINS – There are four rods, poles or perches to one of these old measures. Since the answer is plural, there must be at least eight. The answer is also something which imposes physical or metaphorical restrictions.

5d           Member of tribe given river job, character that communicates colourfully? (7,8)
PICTURE POSTCARD – Put together a member of an ancient North British tribe, a river in Yorkshire, a job or appointment, and another word for someone who is a bit of a character. 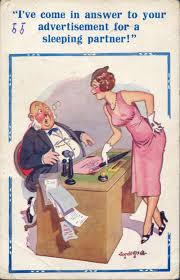 7d           Worrying about nothing, our lot having a ball (9)
CAROUSING – The letter which looks like a zero and a pronoun for ‘our lot’, inserted into ‘worrying’ or ‘looking after’.

8d           Dining not good in officers’ room — quality lacking in vegetables (9)
MEATINESS – Remove the Good from a synonym of ‘dining’, then insert the result into the place where military officers gather to eat.

14d         Tiles in a teashop, broken, top of roof having fallen in (5,4)
OPERA HATS – ‘Tiles’ here are old slang for pieces of headgear. We have an anagram (broken) of A TEASHOP, with the first letter (top) of Roof inserted.

15d         Protester in Norfolk town I injure with punch? (9)
DISSIDENT – Start with the Norfolk town you can never get to (because when you approach it, Diss appears), then add I (from the clue) and what happens when you take a hammer and punch to a piece of metal.

16d         PM to phone Turkish leader before start of negotiations (9)
CALLAGHAN – To get this British Prime Minister from the late 1970s, put together another word for ‘to phone’, a Turkish military leader, and the first letter of Negotiations. 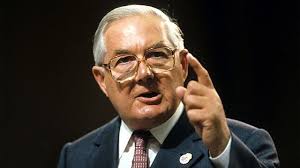 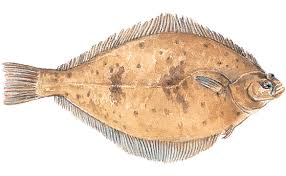 22d         Walker heading off, one moving at a slow pace (6)
AMBLER – Remove the first letter (heading off) from a word for a keen country walker to get someone moving less energetically.

23d         A ‘person of spirit’ not going to extremes (6)
MEDIUM – Double definition, the first being someone who claims to be in contact with the spirit world.

24d         Female bird in Spooner’s male enclosure (6)
PEAHEN – This bird could sound like a male pronoun and an animal enclosure after Dr Spooner had muddled up the initial letters. 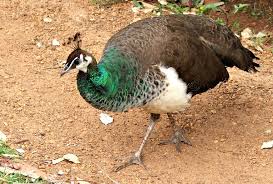