Toughie No 1990 by Excalibur

Hello, everyone.  I'm standing in for Bufo today.  I found this puzzle from Excalibur to be a serious challenge that had me wondering for a while if I had bitten off more than I could chew when I volunteered to blog it.  I will be interested to see if crypticsue declares it a proper Toughie.  While I found in it a lot to ponder, I also found a lot to like. 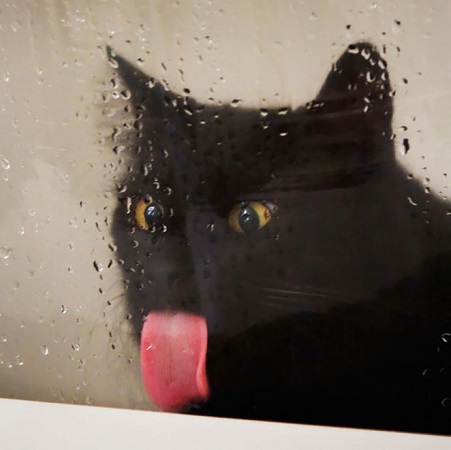 1a    Not quite a free hand (5,6)
CHEAP LABOUR:  A cryptic definition of a worker who doesn't cost much 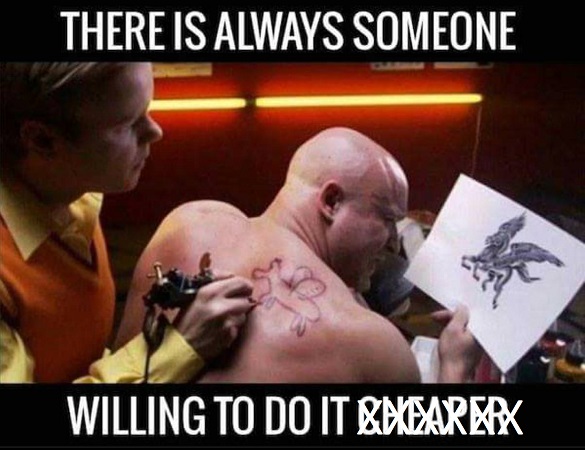 10a   'Not bad but almost inaudible'? (5,6)
FAINT PRAISE:  A cryptic definition of a deliberately weak endorsement or assessment

11a   Take hasp off duck coop (4)
OPEN:  The usual crickety duck and a coop containing animals

14a   By end back off, negotiate and plead (7)
ENTREAT:  EN minus its last letter (back off) and a rather formal synonym of negotiate

16a   One making themself at home in the dog pound (7)
SETTLER:  The symbol for pound sterling is inserted in one of crosswordland's favourite dogs

18a   Got off lightly (5)
DOZED:  Another cryptic definition.  Think sleep 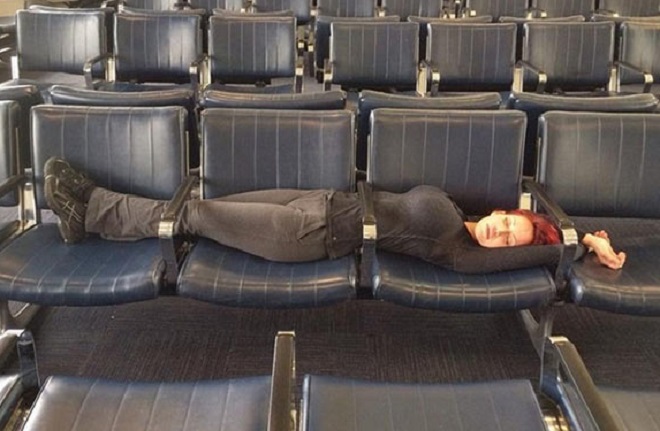 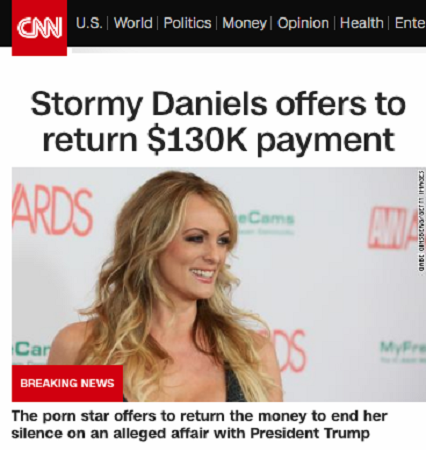 23a   Silly scare about going in for various pursuits (7)
CAREERS:  An anagram (silly) of SCARE with a usual word for about inserted (going in)

24a   Flier, one caught on board plane in a spin (7)
PELICAN:  The usual single characters for one and for caught are inserted in an anagram (in a spin) of PLANE

25a   Utter expulsion of love creates evil (4)
VICE:  Utter or speak with the usual letter for love deleted

30a   Silly thinking cats are dangerous (4-7)
BIRD-BRAINED:  How one might describe the thinking of a creature that could view cats as dangerous.  It's not cats that they should be worrying about … 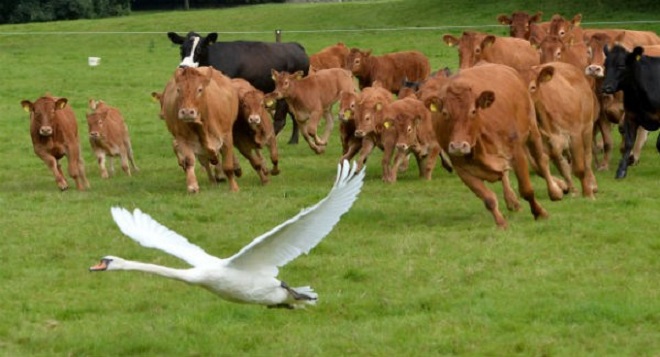 31a   A lot of cash in register (4)
ROLL:  A wodge of cash is also a register of those eligible to vote

32a   Killing oneself from curiosity about the hereafter? (5,2,4)
DYING TO KNOW:  A cryptic definition of an expression that means desperately curious

2d    Save diamonds lost in deposit during winter? (4)
HOAR:  Save or stockpile, with D[iamonds] deleted 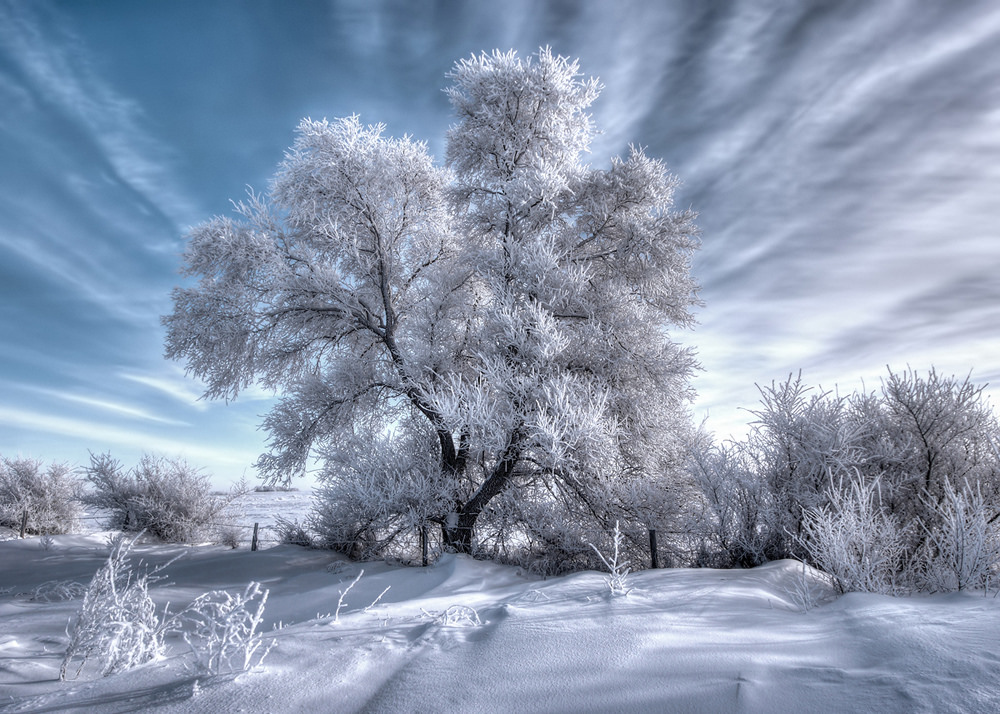 3d    Spots sign of puberty (4)
ACNE:  A cryptic definition of spots that might appear on a teenage face

4d    Regarding what you say, get the message (3-4)
LIP-READ:  Another cryptic definition:  To understand what another is saying by watching them

6d    Spent -- gone on a computer? (7)
UNSAVED:  A double definition.  Spent or not put aside, and the state of a computer file that will render it gone when the machine is turned off

7d    Practise jackknifes (just half): really good swimmer (4)
CARP:  The answer is revealed after PRACTISE is folded in half (jackknifes) and then just half is taken

12d   Again finding I scored unusually highly (11)
REDISCOVERY:  An anagram (unusually) of I SCORED followed by a synonym of highly

13d   Could he provide counteraction for the chilling Dracula tale? (6)
STOKER:  A cryptic definition.  The he who provided the counteraction, the action, and everything else in Dracula has a name suggesting that he could fire up a source of warmth 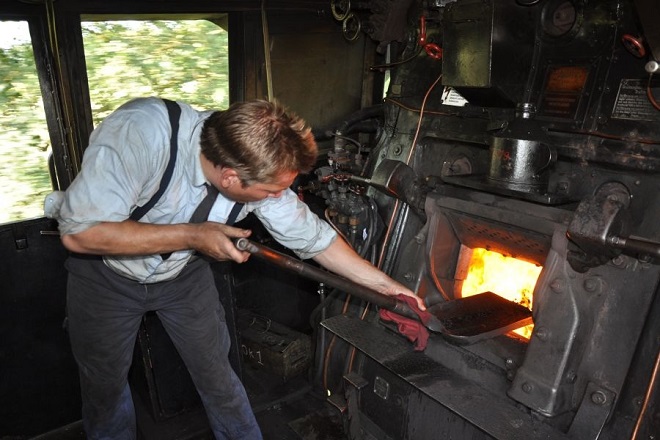 15d   Opening up about student fees (5)
TOLLS:  A thin opening, reversed and with the usual student inserted

17d   Article penned during meal is something to celebrate as author (6)
LAUNCH:  Put a grammatical article in a midday meal

21d   Drought? Enter it in badly-written diary (7)
ARIDITY:  IT from the clue inserted in an anagram (badly-written) of DIARY

22d   Self-absorbed. Tried to correct this fault (7)
DEMERIT:  An anagram (to correct) of TRIED, containing a synonym of self (self absorbed)

27d   Imbibing port, had enough (4)
ADEN:  The last two words of the clue are hiding (imbibing) the answer 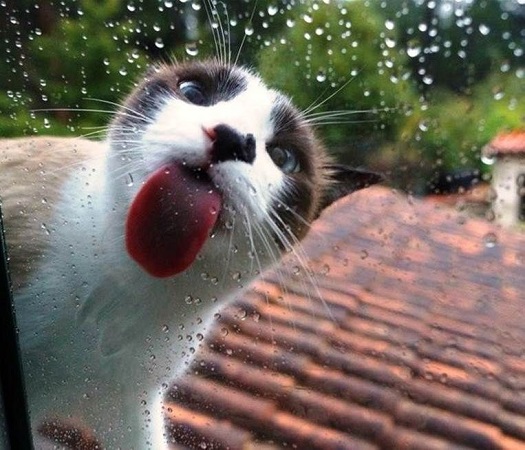 29d   That female has nothing on male who rescued her? (4)
HERO:  A pronoun describing that female, and the letter resembling zero or nothing