Good morning from South Staffs, where the sun is struggling to break through the morning mist.

I was held up in the NE corner of today’s Giovanni, hence the *** marking, but the wordplay, as usual, should enable solvers to reach all the answers.

1a           Bill about to enter woodland that’s divine (8)
FORECAST – The definition here is a verb. Reverse (about) the abbreviation for a bill or account, and insert the result into a large wood.

5a           Make sense of marine unit (6)
FATHOM – Double definition, the second being a measurement used at sea, especially for measuring the depth of the water.


9a           Funny chap Eric brought to head for indolence (8)
IDLENESS – The surname of one of the Monty Python cast whose first name is Eric, followed by a head or promontory.

12a         Holy group beginning to voice our relish (6)
SAVOUR – Put together the initials of a religious organisation noted for its work with the homeless and for its brass bands, the first letter of Voice, and OUR (from the clue).

13a         Moving with aim to settle in Herts town (8)
TRENDING – An aim or objective inserted into a town in Hertfordshire with a station on the commuter line from Euston. 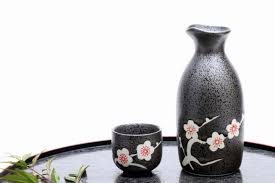 21a         Commanding officer with onset of hunger tucked into cheese roll (7)
BRIOCHE – Put together the acronym for an Officer Commanding an operation and the first letter of Hunger, then wrap a French cheese around the result. 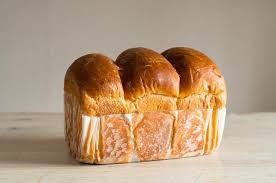 28a         Country artist starts to enjoy landscape on far side of island (6)
ISRAEL – Put together a two-letter abbreviation for ‘island’, the usual artist who is a member of the Royal Academy, and the first letters of Enjoy Landscape.

29a         Fellow hugging one companion, soldier going round American state (8)
MICHIGAN – Put together the roman numeral for one, the letters after the name of someone given an award which starts ‘Companion’, and the reverse (going round) of an American soldier, then wrap a fellow or chap around the result.

30a         Good American, he had demonstrated sentimentality (6)
GUSHED – Put together Good, an abbreviation for American, and the contracted form of ‘he had’.

1d           Fragile insect around is getting maiden hiding (6)
FLIMSY – A Russian doll clue. The cricket abbreviation for a maiden over has IS (from the clue) wrapped around it, then a common insect is wrapped around the result.

2d           Bank inadequate — this person’s experience for a second time (6)
RELIVE – another word for ‘bank (on)’ with the final letter missing (inadequate), followed by another way of saying ‘this person has’.

3d           Conservative is on adventure to achieve victorious outcome (8)
CONQUEST – An abbreviation for CONservative, followed by the sort of adventure King Arthur’s knights might have undertaken.

4d           Band of specially trained troops on top of hotel (4)
SASH – The initials of one of the UK’s special forces units, followed by Hotel.

6d           Old boys in maul after reunion (6)
ALUMNI – Anagram (after reunion) of IN MAUL. It took me a while to get away from the idea that OB should be in the answer somehow.

7d           Give one award for playing for being put at a disadvantage (8)
HANDICAP – Put together another word for ‘give’, the Roman numeral for one. And the award given to a sportsman for playing in an international side.

11d         City offering quiet repose? No, upset! (7)
PRESTON – Put together the musical symbol for quiet, some repose, and the reverse (upset) of NO (from the clue), to get a city in Lancashire. 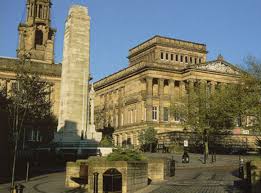 14d         Trip in vessel ending in Greece with happiness spreading round (7)
JOURNEY – Put together a pottery vessel (Keats wrote an ode about a Grecian one) and the last letter of GreecE, then wrap another word for happiness around the result.

17d         Always getting caught in police trap, manoeuvring car? (8)
STEERING – A poetic word for ‘always’ inserted into a police trap where criminals are fooled into giving themselves away by the promise of some easy profits.

18d         Seductive females full of anger — they want blood! (8)
VAMPIRES – Another word for anger inserted into an old-fashioned word for seductive women which is itself a short form of the answer, giving us some folkloric monsters, of whom Count Dracula is an example.

19d         Bird — that which covers short distance (8)
WHINCHAT – Another word for ‘that which’ wrapped around a short Imperial measurement. 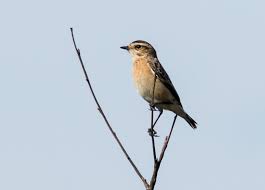 24d         Victoria describes one drunkard (6)
SPONGE – Double definition, the first being a sort of cake. 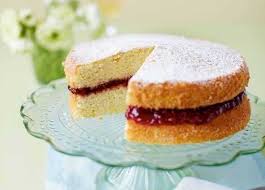