Toughie No 1975 by Notabilis

Hello, everyone.  With Dutch off skiing this week, it’s fallen to me to welcome you all to a fine Notabilis Toughie.  I believe that this is my first encounter with one of his puzzles.  It certainly won’t be the last.

In the following hints definitions are underlined, and most indicators are italicized.  Clicking on the 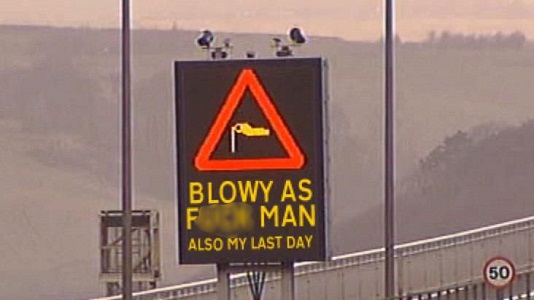 buttons will reveal the answer.  In some hints hyperlinks provide additional explanation or background.  Clicking on a picture will enlarge it.  Please leave a comment telling us how you got on.

1a    Suffering consumption drug’s sudden effect, one could put a coat on (10)
PAINTBRUSH:  Put together suffering, an abbreviation for the disease also known as consumption, and the sudden effect of a drug

6a    In Footwear there’s a third off inferior stuff (4)
SHOD:  Two-thirds of a word describing something inferior and pretentious 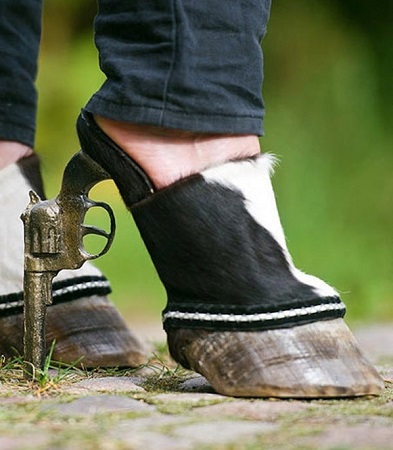 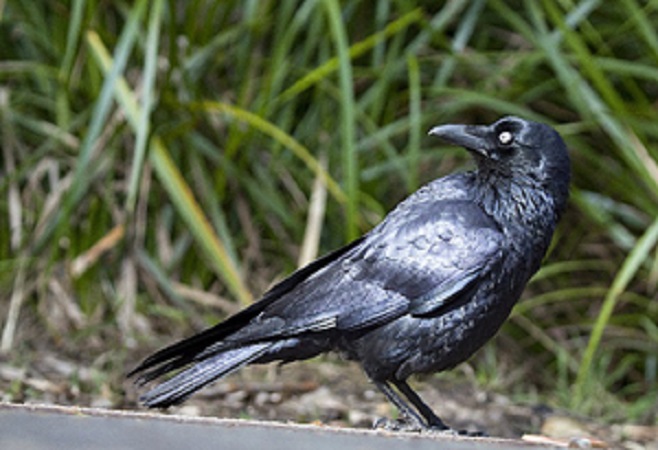 11a   T. Rex had such lightweight pieces (5,4)
SMALL ARMS:  Taken literally, the answer is a distinctive anatomical characteristic of T. Rex 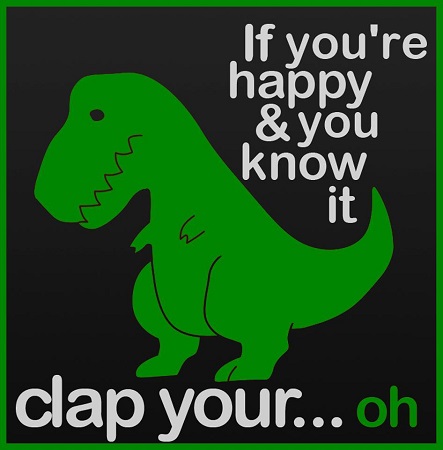 12a   Dessert that’s frozen cold like peanutty dish? Not quite (7)
CASSATA:  Stick together C(old), a synonym of like, and all but the last letter (not quite) of a dish served with a peanut sauce

13a   Oscar follower swallowing drink with wine over spice (7)
PAPRIKA:  The word following Oscar in the NATO phonetic alphabet, containing (swallowing) the reversal (over) of a drink made with white wine and cassis

14a   Middle East lass from a Gulf state with current power-hungry person (12)
MEGALOMANIAC:  Concatenate an abbreviation for Middle East, an informal alternative to lass, an adjective meaning coming from a particular Gulf state, and a usual type of electric current

18a   Finding tear inside, inspector altered spec for specs? (12)
PRESCRIPTION:  Put a tear or a split inside an anagram (altered) of INSPECTOR 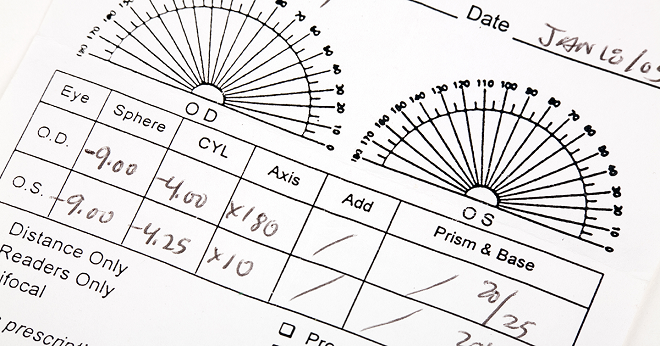 21a   Wealthy man‘s questionable sources (7)
CROESUS:  An anagram (questionable) of SOURCES.  This wealthy man was a Greek king

23a   Introduction of fares, not just where rides are available (7)
FUNFAIR:  The first letter of (introduction of) Fares, and biased or not just

24a   Ethicist said to bore Scrooge (9)
MORALISER:  Said or spoken inserted in (to bore) the type of person exemplified by Scrooge

25a   Experiencing gusts from cyclonic centre in past (5)
BLOWY:  Put the relative air pressure at the centre of a cyclone in an adverb meaning past

26a   Sucks  ginger biscuits (4)
NUTS:  A double definition: a milder form of sucks as an expression of derision, and some hard ginger biscuits (palatable only after dunking in coffee, in my opinion)

1d    Priggish on smutty, illicit reproduction (6)
PIRACY:  The usual short word for priggish or sanctimonious, followed by (on, in a down clue) smutty or risqué

2d    Make a purchase, having lost one’s shirt? (6)
INVEST:  Split (2,4), the answer could describe the state of a one who has literally lost their shirt

3d    Cornish site‘s money and stock quotation found in French magazine (8,6)
TINTAGEL CASTLE:  Cement together a slang word for money, a stock or trite quotation, and a lifestyle magazine started in France in which found, as in made in a foundry, has been inserted 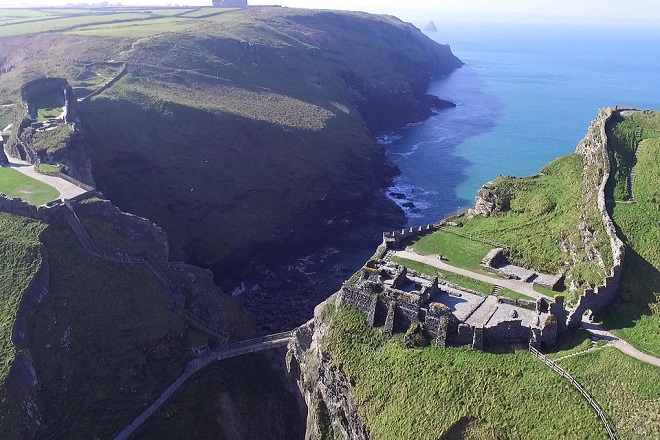 4d    Russian emperor overthrown a long way before one Ethiopian one (3,6)
RAS TAFARI:  Put together the reversal (…overthrown) of a generic Russian emperor, an adverb meaning a long way, and one in Roman numerals.  The answer is the name by which Haile Selassie was known between 1916 and 1930

7d    Dreadful queen supposing that choir is ordered about (8)
HORRIFIC:  The Latin abbreviation for queen and a two-letter synonym of “supposing that” have an anagram (…is ordered) of CHOIR wrapped about them

8d    Death in jurisdiction of detective? (8)
DISPATCH:  Split (2’1, 5), the answer could describe the area where an abbreviated detective operates or has jurisdiction 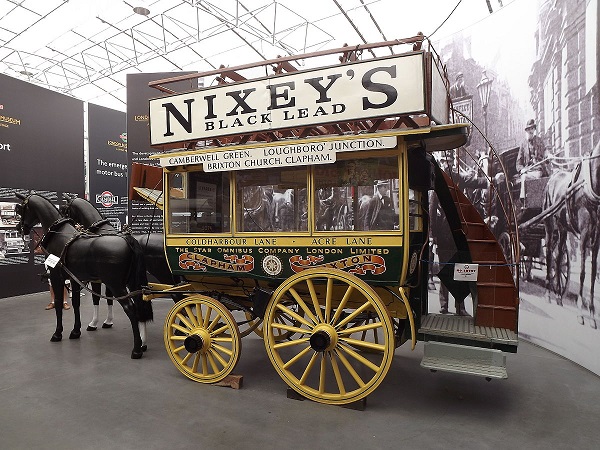 16d   Mike tucked into vegetables with haggis brought up for example (8)
SPECIMEN:  An alternative informal name for an object informally called a mike is inserted into (tucked into) the Scottish name for the vegetable traditionally served with haggis, and the whole thing is then reversed (brought up, in a down clue)

19d   Difficulty opening erected ornamental building (6)
PAGODA:  Difficulty or fuss is followed by an opening or a crack, and then it’s all reversed (erected, in a down clue)

20d   Radical European accepts grand design with diamonds (6)
ARGYLE:  Here we need a radical not from Europe but from chemistry, where the term refers to a group of atoms behaving as a single unit.  The one required aryl is an aromatic univalent hydrocarbon radical (thank you, BRB).  That with E(uropean) contains (accepts) G(rand).  Not being a chemist, I had to reverse engineer the radical from the answer.

22d   American showing disrespect succeeded twice in speech (5)
SASSY:  Two copies of S(ucceeded) in a synonym of speech.  In the US the answer means impertinent, but in the UK, I associate it more closely with bold or spirited

Thanks to Notabilis for a very enjoyable crossword.  My favourite today was 25a.  What was yours?