Hello, everyone.  Today's puzzle has quite an international flavour.  It takes us across Europe (where we exercise a few foreign words), through the Middle East, over to Canada and the US, then Down Under (where we catch up on the news), and finally back to a town in Berkshire.  Filling the grid today was not too bad, but parsing presented a few rewarding challenges.  In my book that's good for an extra enjoyment star.

There's a new survey posted on the home page, consisting mostly of questions suggested by blog readers.  Please take a few minutes to fill it out once you're done here.

In the hints below definitions are underlined and most indicators are italicized.  Clicking on the 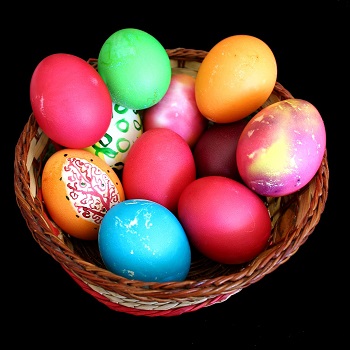 buttons will reveal the answers.  In some hints hyperlinks provide additional explanation or background.  Clicking on a picture will usually enlarge it or reveal a bonus illustration.  Please leave a comment telling us how you got on.

1a    Maker of furniture  stripper? (11)
CHIPPENDALE:  A double definition.  The surname of Thomas the 18th century English furniture maker is also a member of a well-known troupe of male strippers 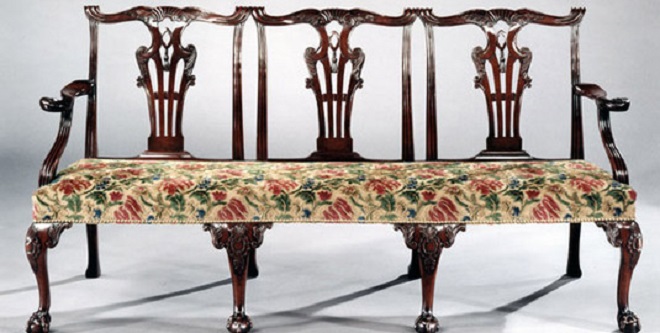 7a    PM in front of bar, focal point for dancers (7)
MAYPOLE:  The current Prime Minister is followed by (in front of) a bar or stick

8a    A short study released about American modeller (7)
TUSSAUD:  Form an anagram (released) of A from the clue and STUD without its last letter (short …), and then put that about an abbreviation for American.  The modeller of the answer famously worked in wax.

10a   Courtyard  nearby (5)
CLOSE:  A straightforward double definition

11a   Meeting with candidate at work, perhaps -- brief session to contend with (9)
INTERVIEW:  Concatenate a short word that could (perhaps) mean at work, all but the last letter (brief) of a session within the school year (for example), to contend or to compete, and the abbreviation for with.  If you're like me and didn't find the first part of that construction leaping out at you, this sentence where the short word can be substituted might help:  Is the boss at work today? 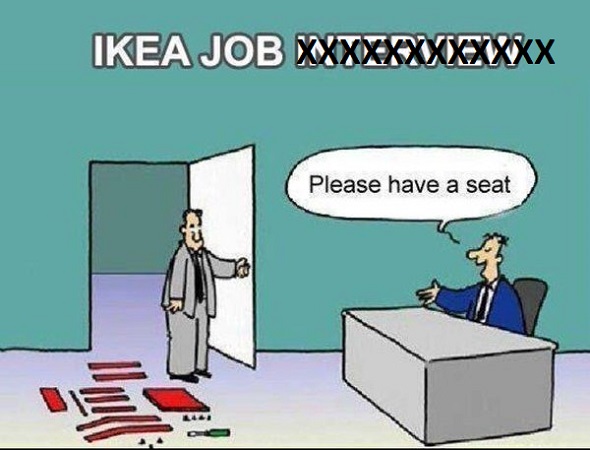 12a   Policeman in charge intercepting tender (7)
OFFICER:  The abbreviation for in charge is inserted in (intercepting) a tender or proposal

18a   Available in pharmacy, an ideal poison (7)
CYANIDE:  The answer is hiding in (available in) the rest of the clue.

20a   Agent recalled earlier entertainer (9)
PERFORMER:  The reversal (recalled) of a short word for a sales agent, followed by an adjective meaning earlier

21a   A German article about large tree (5)
ALDER:  A from the clue and a German definite article sandwich (about) the clothing abbreviation for large 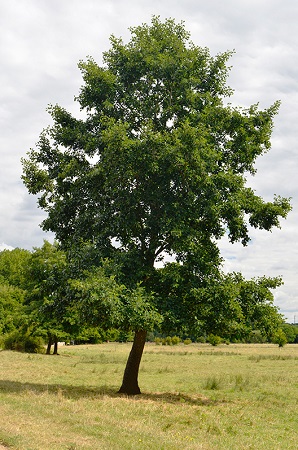 22a   Hold crushed tin can, nothing inside (7)
CONTAIN:  An anagram (crushed) of TIN CAN, with the letter that looks like zero (nothing) placed inside 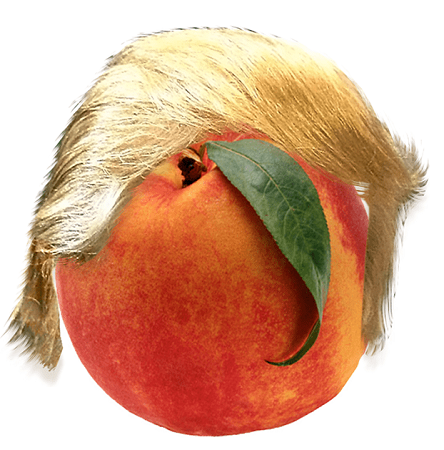 1d    Keen to run over and cause unnecessary alarm (3,4)
CRY WOLF:  Keen or wail, and the reversal (over) of run (like a river, for example) 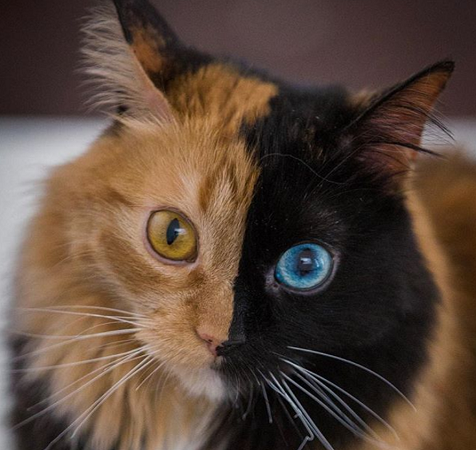 5d    A lake in European country, one of the largest countries (9)
AUSTRALIA:  Insert A from the clue and the map abbreviation for lake in a European country famous for, among other things, waltzing and chocolate cake

7d    Tiny policeman in comic is swimming across river (11)
MICROSCOPIC:  Put an informal word for policeman inside an anagram (swimming) of IN COMIC.  Then wrap that lot around (across) the map abbreviation for river

13d   Part of plant or insect or bird (9)
CORMORANT:  Stick together an underground part of a plant, OR from the clue, and our favourite worker insect.  As with the newspaper, the plant part was gettable from the wordplay and the answer, but I had to verify him afterwards 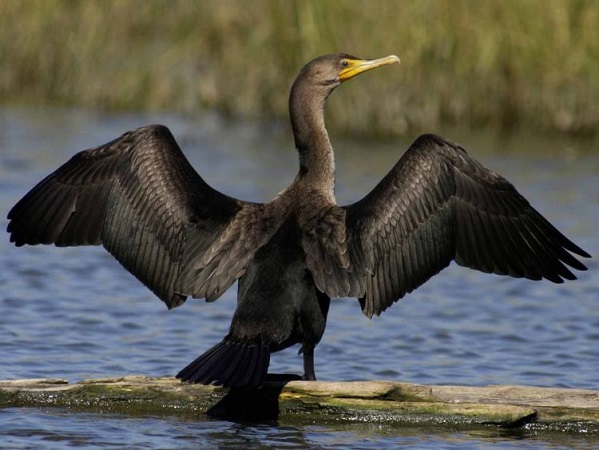 16d   Wrong to keep working over in Canadian city (7)
TORONTO:  A legal wrong contains (to keep) our usual short word for working or operational, with the cricket abbreviation for over following

17d   Story about entertaining Gulf state clubs (7)
ROMANCE:  A usual short word for about or concerning wrapped around (entertaining) both a Gulf State and the playing card abbreviation for clubs 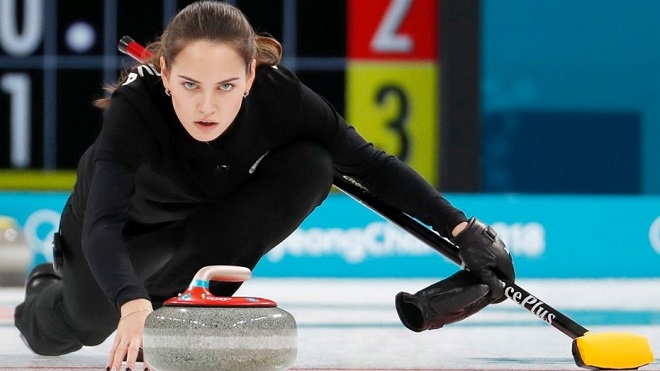 21d   Tree we see while followed by swan (5)
ASPEN:  Place a female swan after a short synonym of while, and you'll see that you've made a tree whose leaves quiver in the wind 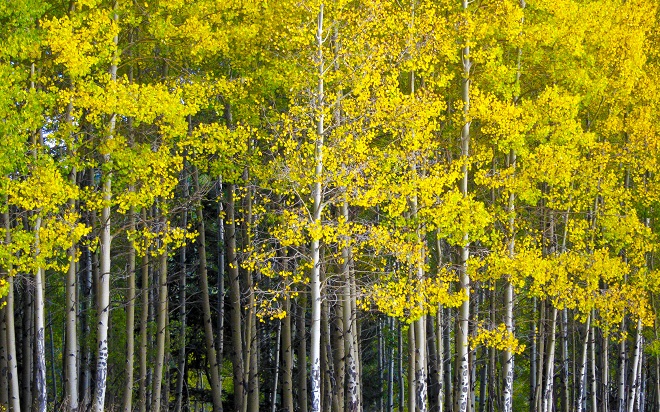 Thanks to today’s setter for a fun solve.  I liked the misleading surface in 18d, and I enjoyed the forest formed down in the SE.  But the top clues for me today were those with a little intricacy in the wordplay:  11a, 23a, 2d, and 9d.  Which clues did you like best?