A rather trickier puzzle from Giovanni this week, I thought, with both religion and some less common words to add to the General Knowledge required – though the wordplay will always lead solvers to the solution.

13a         Stuff for sale, good deal, in northern town (8)
STOCKTON – The stuff a trader holds for sale, followed by an informal word for a good deal or lots, giving us a town at the other end of the railway line from Darlington. 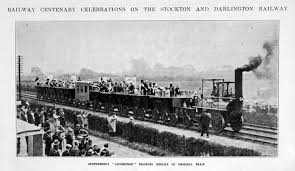 20a         One of the Angry Young Men, intellectual by the sound of him (6)
BRAINE – The author of Room at the Top has a surname which may suggest he is an intellectual or a boffin. 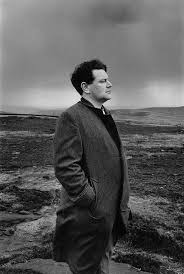 23a         Bird is beginning to tweet for e.g. birdwatcher (8)
HOBBYIST – A small falcon (Falco subbuteo) followed by IS (from the clue) and the first letter of Tweet.

30a         Somehow barren and tragic female kept outside dance (8)
TREELESS – The eponymous heroine of a Thomas Hardy novel, wrapped around a Scottish or Irish dance.

31a         Peril heading off across lake for one pursuing water sport (6)
ANGLER – Remove the first letter (heading off) from a word for ‘peril’, then wrap the result around an abbreviation for Lake.

1d           Senior figures — they aren’t seen in 30 areas (6)
ELDERS – Senior figures in some Nonconformist Churches, who could also be examples of something not found in areas which are the answer to 30a.

2d           Like unknown author entertaining one in very good French location (7)
AVIGNON – A Russian doll clue: put the Roman numeral for one inside the abbreviation for Very Good, then put the result inside the shorter way of saying that the author of a work is unknown.

3d           A street artist, prominent Asian in rough fabric (9)
ASTRAKHAN – Put together A (from the clue), STreet, the usual crossword artist, and a prominent Asian such as Genghis or Kublai. 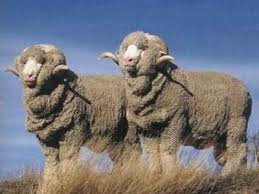 5d           Something of value from the past maiden’s left Russian museum (8)
HERITAGE – Remove the abbreviation for a maiden over on a cricket scorecard from a famous museum in St Petersburg.

7d           Awful noise after officer appears in British territories once? (8)
COLONIES – The abbreviation for a senior regimental officer followed by an anagram (awful) of NOISE.

12d         One deemed to be no sluggard in a part of the Bible (3)
ANT – A rather nice all-in-one clue. A (from the clue) and the abbreviation for the part of the Bible where the Gospels and Epistles are to be found, giving us the creature cited in Proverbs 6:6 as an example for the reform of the idle.

18d         Enthusiast absorbs English newspaper, something that’s been discarded (8)
LEFTOVER – English and the initials of a newspaper printed on pink paper, with a word for someone who is an enthusiast or fan of something wrapped around the result.

22d         Where religious figure appears, tearing raiment (7)
MINARET – Anagram (tearing) of RAIMENT, giving us the part of a mosque from which the muezzin issues the call to prayer. 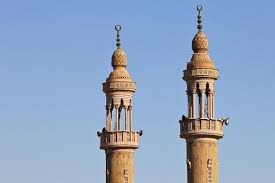 24d         Ahead, where consultant may be, doing the rounds (6)
ONWARD – Split this (2,4) and you get where hospital consultants would be when visiting their patients.

25d         Force husband into condition of reliance (6)
THRUST – Husband inserted into a word for a condition where one person relies on another to act in a certain way.

27d         Treacherous type disposing of leader gets support (5)
EASEL – Remove the first letter from a small predator used as a metaphor for a sneaky person, to get the support for a blackboard or an artist’s work.