Good morning from South Staffs on a gloomy November day.

Though I solved today’s Giovanni in what is a record time for me, I was aided by one piece of good fortune, in that I had just watched a programme on BBC4 where members of the RSC were working on Ovid’s Metamorphoses as translated by Ted Hughes, and that gave me the answer to 17a straight away.

7a           Were nine players coming back to present cutting-edge piece? (5,3)
TENON SAW – Start with the word for a group of nine musicians. Put the correct form of ‘were’ in front of it, then reverse the lot.

9a           See any number going to cathedral location wanting company? (6)
LONELY – Put together ‘See!’ or ‘Behold!’, the algebraic symbol for any number, and the location of an East Anglian cathedral beloved of crossword setters.

10a         St Francis’s friend first to taste wine (6)
CLARET – The name of the woman who set up the order of nuns which parallels the Franciscan monks, followed by the first letter of Taste.

15a         Wine that’s nastier putting some characters off (4)
ASTI – Remove three of the outer characters of NASTIER to get a fizzy wine which comes regularly to the aid of crossword setters looking to fill a grid.

17a         Stony woman from province given birthday honour? (5)
NIOBE – The abbreviation for the province which is part of the United Kingdom but not of Great Britain, followed by the abbreviation for an honour that may be awarded in the Birthday Honours. The answer is the female protagonist of a Greek myth who saw her 14 children killed by Apollo and Artemis, and was turned to stone. The full details can be found here. 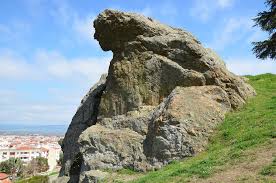 23a         Peacock to make spasmodic sounds blocking entrance to rockery (8)
STRUTTER – A speech impediment wrapped around the first letter of Rockery.

25a         Move slowly in fringes of wood within valley (6)
DAWDLE – Put the outer letters (fringes) of WooD inside another word for a vallry.

27a         Tree trunk in which is found dry container (6)
BOTTLE – Another word for the trunk of a tree, wrapped around ‘dry’, as in abstaining from alcohol.

28a         Phoney ‘diamond’ produced by plant (8)
SHAMROCK – Another word for ‘phoney’ followed by an informal word for a diamond or other gemstone. 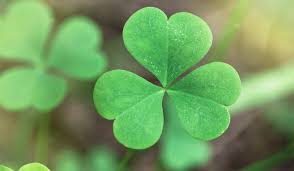 1d           Business arrangement is perfect, but one loses out (4)
DEAL – Remove the Roman numeral for one from the front of a word for ‘perfect’.

2d           Gruff ace grabbed by hack maybe (6)
HOARSE – The sort of animal which may be a hack, wrapped around the abbreviation for Ace.

3d           Hands going up for mutually acceptable 1 Down (4)
SWAP – Start with some animal or (informally) human hands, then reverse the result.

4d           Flexible article wedged into short block at base (6)
PLIANT – Start with the word for the block on which a statue or trophy is mounted, remove its last letter (short), then insert an indefinite article.

13d         This person in Euston, say, follows the chap shilly-shallying (10)
HESITATION – The pronoun for ‘the chap’ followed by the thing that Euston (or Liverpool Street) is an example of, with the pronoun for ‘this person’ inserted. 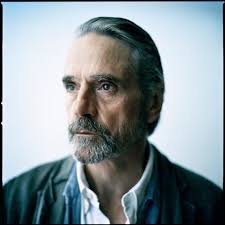 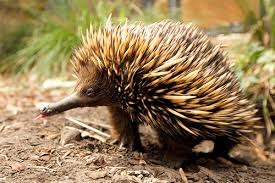 21d         Young animal in trap set up under equipment (6)
KITTEN – Some equipment or gear followed by the reverse of a sort of trap (for fish, perhaps).

22d         Royal personage? Journalist must take care (6)
EDWARD – The usual crossword journalist followed by a word for care or guardianship, often seen followed by ‘of court’. The Royal personage could be one of eight kings of England or various princes.

24d         Stay to offer support (4)
REST – Double definition, the second being the support snooker players use for their cue when a shot is out of reach.