Hello, everyone.  I solved this one under non-ideal conditions that made it hard to judge difficulty, but my feeling is that it’s more straightforward than last Tuesday’s adventure.  I found it good fun, and if you enjoy charades and double definitions this puzzle should make you smile.

In the hints below underlining identifies precise definitions and cryptic definitions, and most indicators are italicised.  The answers will be revealed by clicking on the Get well soon, Jane! buttons.  In some hints hyperlinks provide additional explanation or background.  Clicking on a picture will either enlarge it or do something else.  Please leave a comment telling us how you got on.

1a    Diplomat‘s mother backing singer on road upset (10)
AMBASSADOR:  Link together the reversal (backing) of an informal term for mother, a singer with a deep voice, and an anagram (upset) of ROAD

6a    Pole free? Almost (4)
SPAR:  All but the last letter (almost) of an adjective meaning free or unused

9a    Advertise opening of tapas bar (5)
TRAIL:  The first letter of (opening of) Tapas and a bar or rod.  The longer noun form of the answer (the thing that does the advertising) might be more familiar

10a   Handicap:  a golfing term (9)
ALBATROSS:  A double definition.  As a handicap it’s metaphorical.  In golf it’s the missing member in the sequence birdie, eagle, …, condor.  Unfortunately, the best video I could find of the obvious musical accompaniment is mimed.  Oh well.

12a   Factor in a small amount (7)
ELEMENT:  Another double definition.  Also an essential part of something, or a determining fact or condition in a problem.  I’ve expanded this hint and the one for 20d in response to a suggestion that sometimes just hinting “double definition” is not enough.  Thanks for that feedback

13a   Splendid inside picture gallery (5)
REGAL:  The answer is hidden inside the remainder of the clue 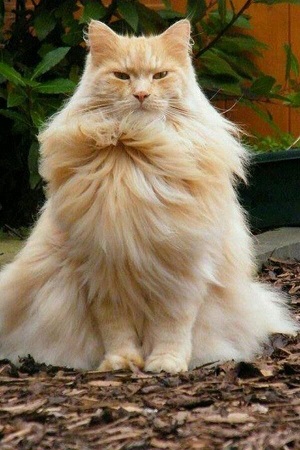 15a   Horse, calm before short session (7)
EVENTER:  Join a synonym of calm and all but the last letter (short) of a long session at school, for example

17a   Young animal always allowed outside (7)
LEVERET:  Another word for always has a short synonym of allowed wrapped round it (outside).  The animal in question is a hare 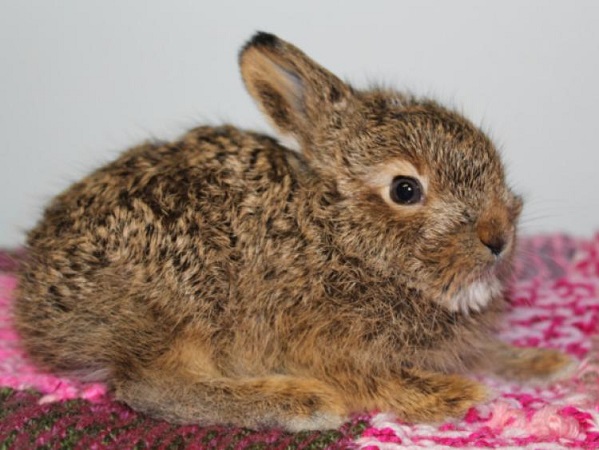 19a   Popular firm close to another one providing protection (7)
INSURER:  Stick together a usual word for popular, a synonym of firm or certain, and the last letter of (close to) anotheR

21a   Subject to work experience (7)
UNDERGO:  “subject to” or “subordinate to”, followed by work or operate

22a   Eastern lake’s not natural (5)
EERIE:  Connect the abbreviation for eastern and a US Great Lake

24a   Time to face reprimand, about to cry (7)
TEARFUL:  The physics symbol for time is followed by (to face) a verbal reprimand 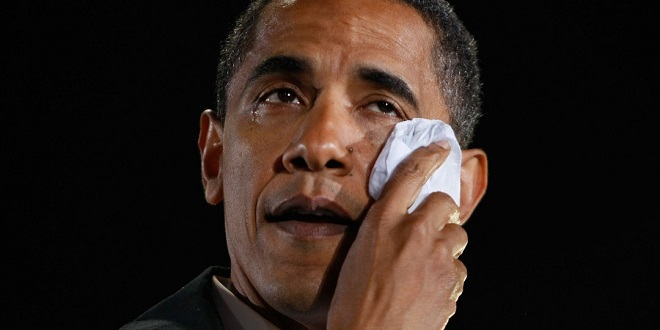 28a   Ring any number in locality (5)
ARENA:  The letter used in mathematics to represent “any number” is inserted in locality or vicinity

29a   The last word from leader of Assamese soldiers, … (4)
AMEN:  Combine the first letter of (leader of) Assamese and one of the usual words for soldiers

30a   … enlisted troops from separate castes (5,5)
OTHER RANKS:  Linking synonyms of separate and castes gives some soldiers who often appear in crosswordland in their abbreviated form

1d    Singer in rehearsal, tone-deaf (4)
ALTO:  The answer is lurking in the remainder of the clue 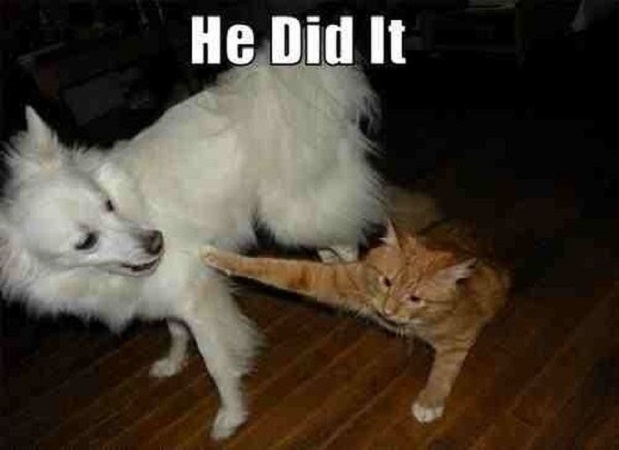 3d    Work out alone around five (5)
SOLVE:  A synonym of alone containing (around) the Roman numeral for five.  The complete newspaper article is here 5d    Examination involving segment of a ring road? (7)
ORBITAL:  The answer is obtained from crosswordland’s favourite type of examination containing (involving) a segment or piece.  The junction depicted in this road sign was once voted the fourth scariest in Britain 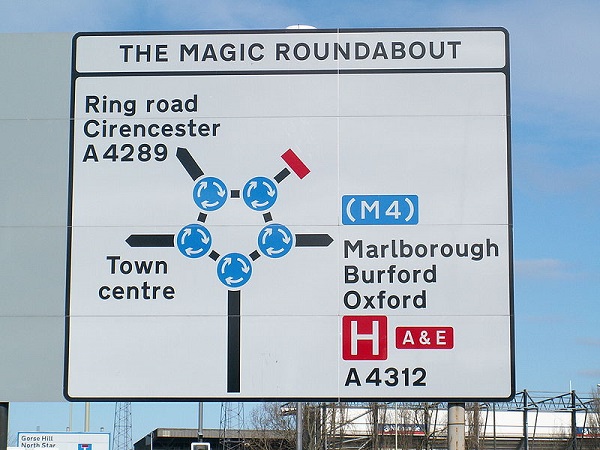 8d    Formal proposal about compound (10)
RESOLUTION:  A usual short word for about or concerning, followed by something loosely synonymous with compound 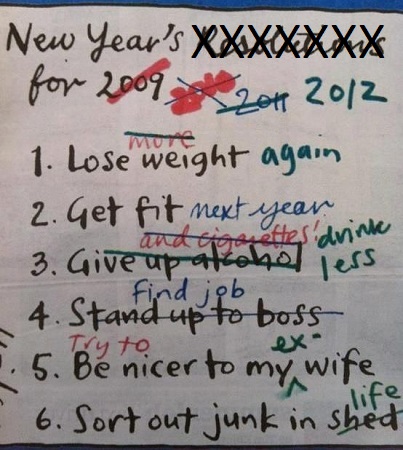 11d   Half of them playing Verdi did well (7)
THRIVED:  Link together half of the letters in THem and an anagram (playing) of VERDI

14d   Wants information about English team, first in race (10)
DESIDERATA:  Some information (of the type your reviewer collects) contains (about) the concatenation of the abbreviation for English, a synonym of team, and the first letter of (first in) Race.  The answer may be best known as the title of a 1927 prose poem

16d   Danger at sea — opted out, or in? (7)
TORPEDO:  This threat to shipping is obtained from an anagram (out) of OPTED, with OR from the clue inside it 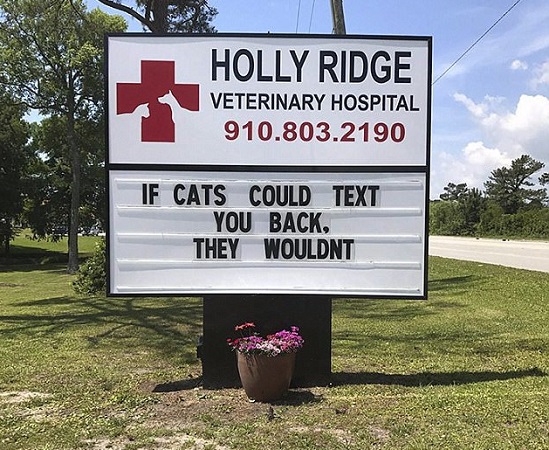 23d   Escarpment, cold place once Fahrenheit’s dropped (5)
RIDGE:  Remove (once …’s dropped) the abbreviation for Fahrenheit from an informal name for a cold place in the kitchen

25d   Learner in market showing natural ability (5)
FLAIR:  The symbol for a learner driver is inserted in a market or bazaar

26d   The old lady’s small service (4)
MASS:  A short form of “the old lady’s”, including the ‘S, followed by the abbreviation for small

A comment on the demographics survey a couple of weeks ago suggested that we provide a way for readers who didn’t want to comment in public to indicate that they’d been here.  The spoiler box below hides a text box that can be used for that purpose.  I’m interested in hearing any suggestions for how my hints could be made more effective, so feel free to use it for that too.

Thanks to today’s setter for a fun challenge.  Today I particularly enjoyed the clever indicator in 4d, the well-hidden anagram in 18d , and the Quick Crossword pun.  Which clues did you like best?