Toughie No 1894 by Stick Insect

Good afternoon from South Staffs, where I’m doing an extra shift this week to cover for Bufo’s absence.

This is the second Toughie set by Stick Insect (the first was Toughie 1873) and I find myself echoing the comments Gazza made when blogging that one. This was a gentle Toughie which I finished in the sort of time I give ** to when blogging the Friday back page, so clearly at the easier end of the spectrum.

1a           Engine inlets for gas producers (11)
MOTORMOUTHS – Another word for engine followed by the sort of inlets people take food through, producing a figurative expression for those who talk too much and too fast.

7a           Web being rejected by Welshman creates strain (7)
TENSION – Reverse (being rejected) another word for web, then add a Welsh first name (no, not Dai).

8a           Drag fish westwards, in wind’s direction (7)
LEEWARD – Put together another word for drag and a notoriously slippery fish, then reverse the lot (westwards, in an Across clue). You get a nautical term for the direction in which the wind is trying to blow your boat.

10a         Pay hike is secured by overturning hearing (5)
RAISE – IS (from the clue) placed inside the reverse (overturning) of another word for hearing.

11a         Thinks too much of bowlers’ statistics (9)
OVERRATES – Split this (4,5) and you have a cricketing term for the speed (or lack of it) with which the bowling side gets through the required number of deliveries.

14a         Reduced payments, discounting fine for tenants (7)
LESSEES – Another word for ‘reduced in quantity’, followed by some payments with the abbreviation for ‘fine’ removed from the front.

18a         Sorcerer involves idiot in manipulation (7)
MASSAGE – An Eastern sorcerer (or possibly one of the Three Wise Men) wrapped around an idiot. 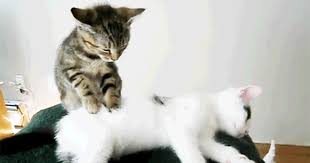 20a         Spur factories to produce purple fruits (9)
EGGPLANTS – A verb meaning ‘spur’ or ‘incite’ followed by some industrial installations, giving us some purple fruits which don’t go into a fruit salad. We had the French word for the same fruit in Toughie 1892, and I don’t think I can improve on the picture Kitty used then. 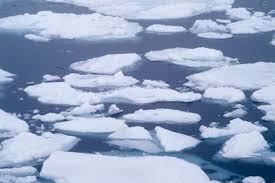 24a         Remarkably, VIP swaps starter of carpaccio for centre part of cutlet (11)
EXCELLENTLY – Start with part of the formal way of addressing a VIP such as an ambassador, then remove one instance of the first letter of Carpaccio and replace it with the middle letters of cutlet.

3d           Managed most of royal household in enmity (7)
RANCOUR – Another word for ‘managed’ followed by the general term for those surrounding the monarch with its final letter removed.

5d           Nothing comes up after article speculates … (9)
THEORISES – Put together a definite article, the letter which looks like a zero or nothing, and a verb meaning ‘comes up’.

6d           … surprise celebrity story — article’s dropped (7)
STARTLE – Put together a celebrity (especially one who has had a leading role in a film or play) and a story, then remove one of the instances of the indefinite article.

9d           Take apart second answer in disguise (11)
DISASSEMBLE – Insert the abbreviations for Second and Answer into a word for disguise of one’s intentions.

13d         Short-sighted minx with band in charge of sandwiches put on (9)
IMPOLITIC – Put together a minx or naughty child, the letter which looks like a band or ring, and the abbreviation for ‘In Charge’, then wrap the result around ‘put on’ (the gas or a lamp).

16d         Party getting good’s over — that’s annoying! (7)
DOGGONE – Put together one of the usual crossword parties, Good, and a word for ‘over’ or ‘finished’, to get an expression of annoyance from the USA, the sort of expletive seen in cowboy films in days gone by, when real swearing was not allowed.


17d         Henry adopts fund, exchanging halves to make a small number (7)
HANDFUL – Start by swapping the two halves of the word FUND, then put the result into a diminutive form of Henry.

19d         Gold to recover value, according to what’s heard (7)
AURALLY – The chemical symbol for gold followed by the sort of recovery of value you may see on the stock market.

21d         Male and female in race crime (5)
THEFT – A male pronoun and Female, with an Isle of Man motorcycle race wrapped around the result.