Good morning from South Staffs. Another bright sunny morning which, if the rest of the week is any guide, will give way to cloud and rain later. I see from the banner that BD has put on the web page that today is the birthday of our favourite Anglesey resident, so for Jane:


Today’s Giovanni, like most of his recent puzzles, did not present any great difficulties, thoughthe cryptic definitions may be a little more challenging than some. Unusually, I took longer to finish the Quick Crossword than the Cryptic this week.

9a           Naughty lady, only half educated, in state of anxiety (10)
SEDUCTRESS – Take the first half of EDUCated and insert it into a state of worry or anxiety.

12a         Garment beginning to smell, not completely dry (4)
SARI – The first letter of Smell, followed by a word for dry minus its last letter (not completely), giving us an Indian garment.

13a         English bird returning, back briefly in the city (9)
WORCESTER – Start with an abbreviation for English and a carrion bird, reverse the result (returning), then add a word for the back of a ship minus its last letter (briefly). The answer is an English county town famous for its sauce.

15a         Not the only one that letter deals with? (8)
COTENANT – Cryptic definition of someone occupying rented property in conjunction with others.

18a         Agent gets nothing right in official document (6)
REPORT – Put together a short form of the word for a commercial agent, the letter which looks like nothing or zero, and an abbreviation for ‘right’.

24a         Animal that is getting cross — head of beast must be held (4)
IBEX – Put together the Latin abbreviation for ‘that is’ and a cross-shaped letter, then insert the first letter of Beast. 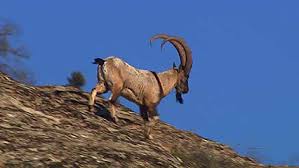 26a         Particular Bible translation I had, being keen (4)
AVID – The two-letter acronym for the King James Bible, followed by the short form of ‘I had’.

27a         Bring together a number in the mathematics class? (2-8)
CO-ORDINATE – Double definition: a verb meaning ‘bring together’ (a plan, for example); and a number found along the x axis or y axis of a graph. 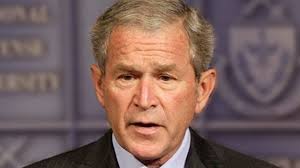 2d           What may have lost its flavour for sailor? (3,4)
OLD SALT – A term describing a sailor of age and experience. Taken literally this could be a chemical which has aged and lost its freshness. The setter is, I think, pointing at the Biblical parable in Matthew 5:13.

3d           A direction is given about books crossword setters may use (12)
DICTIONARIES – Anagram (given about) of A DIRECTION IS.

4d           Most of the water sport is confusing (8)
THROWING – The first two letters (most of) TH(e) (from the clue), followed by a sport carried on while facing backwards on water.

5d           Institute entertains Her Majesty in an enclosure (6)
INSERT – Put the letters denoting our Queen inside an abbreviation for ‘Institute’, and you get one of the irritating enclosures which fall out of a magazine when you first get it.

8d           Niece working under specialist briefly accumulated skill (10)
EXPERIENCE – A skilled specialist minus his or her last letter (briefly) followed by an anagram (working) of NIECE.

11d         Presumed quality of archdeacon, never going wrong, having competence (12)
VENERABILITY – Anagram (going wrong) of NEVER, followed by competence or capability. The answer is a reference to the honorific title accorded to clergy who are archdeacons.

14d         Twenty directors that may be seen at Lord’s (10)
SCOREBOARD – Another word for ‘twenty’ followed by the collective noun for the directors of a company. 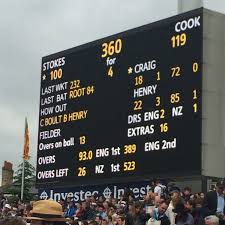 
21d         Adolescent could be free agent, putting father off (7)
TEENAGE – Anagram (could be) of (fr)EE AGENT, with the abbreviation for ‘father’ removed.

22d         Draw back, as soldiers getting cold, needing fuel (6)
RECOIL – Put together the usual regiment of military engineers, Cold, and a fossil fuel.