Hello, everyone, and welcome to another Tuesday back-pager.  My opinion of this puzzle went up steadily as the grid filled up.  While I found the top half straightforward and not very sparkly, things picked up considerably towards the bottom.  I thought that the setter saved the best for last, by finishing up with a trio of excellent clues down in the southeast.

EDIT (Wed Aug 2). Clicking on this spoiler box will reveal some comments on the probability of seeing crossword answers repeated by chance

Last week I mentioned that today I was going to discuss the probability of seeing answers repeat within a short period and, as if by magic, Jay goes and repeats rhino in the very next puzzle!  What are the chances of that being a coincidence?  Well, as it turns out, they’re not that low:  I showed here that next-day repeats will occur by chance about ten times a year.  This issue of repeated answers is coming up again because of something I heard from the Q&A session at the recent Macclesfield Sloggers and Betters.  The setters were asked when editors interfere with a puzzle.  The answer was that they sometimes intervene to remove repeated answers in closely-spaced puzzles that have occurred by chance (deliberate repetitions are unlikely because puzzles are submitted far in advance of publication).  I found that news gratifying because I had previously concluded from the data that editors must be doing just that.  Then when I looked back at that early blog I realized that there is a much better way to present that data, which brings me, finally, to what I wanted to share today.

I have a list of all the answers used in Telegraph cryptics from the past 17 years.  I wrote a computer program to draw a crossword’s worth of clues at random from that list, and then do that over and over to create a huge number of artificial crosswords.  Then the computer counted how many times answers were repeated in those simulated crosswords within two days, within three days, and so on.  That tells us what we expect to see when answer selection is random.  I did the same analysis on the real crosswords published during the past 17 years.  The following graph shows the number of repeated answers occurring within a given number of consecutive days that are expected by chance (blue line), and found in the actual crosswords (red line).  The graph shows that the real crosswords have slightly fewer repeats than are predicted by chance.  That’s partly due to that editorial interference discussed above.  The numbers themselves are perhaps also surprising:  the graph shows that in any three-week interval there will be, on average, eight answers that appear twice on the back page.  Coincidences happen more often than we might think.  Click on the graph to enlarge it. 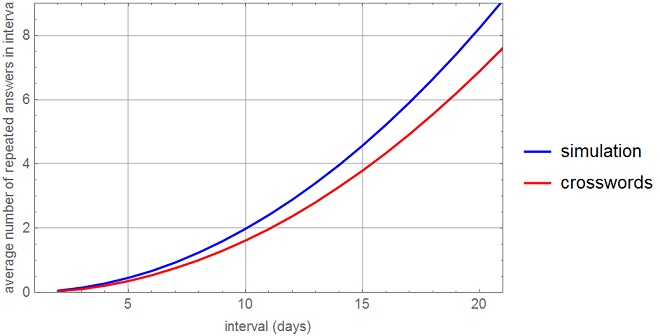 1a    Pitcher in side we rated (4)
EWER:  This pitcher doesn’t throw balls, he serves liquids.  Crosswordland’s favourite jug is hidden inside (in) the remainder of the clue 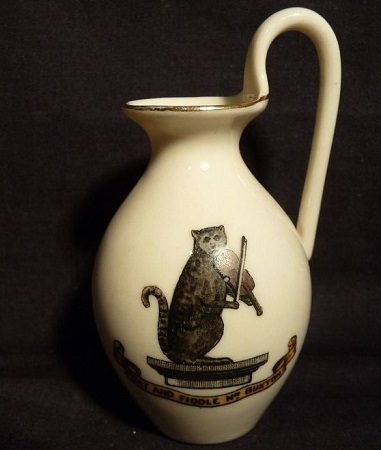 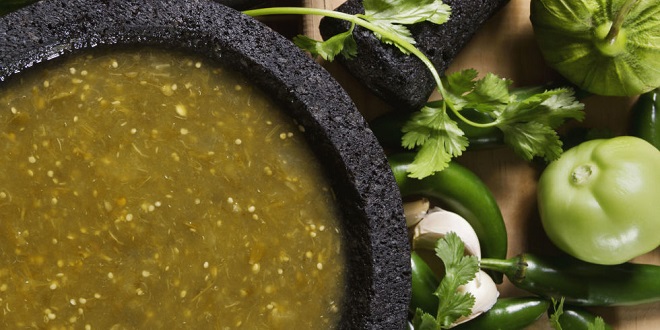 13a   Two articles about permit for gymnast, perhaps (7)
ATHLETE:  An indefinite article followed by the definite article containing (about) a word meaning permit or allow

14a   Considerate when drunk? Blasphemous behaviour is the answer (11)
DESECRATION:  An anagram (when drunk) of CONSIDERATE

18a   What surveyor may use in flat after ghost is seen (6,5)
SPIRIT LEVEL:  An adjective meaning flat or horizontal following (after) a synonym of ghost

21a   Instrument that may be graduate's shortly (7)
BASSOON:  Stick together a usual graduate (degree), the ‘S from the clue, and an adverb meaning shortly

22a   Flexible sort, odd making stand (7)
ROSTRUM:  Link together an anagram (flexible) of SORT and a synonym for odd or strange

23a   Conspicuous signs attached to home (2,8)
IN EVIDENCE:  The usual two-letter word for (at) home, followed by (attached to) signs proving what happened and who was responsible for it

24a   First to call round with trendy piece (4)
COIN:  Concatenate the initial letter (first to) of Call, the letter that’s round, and a usual word for trendy or fashionable

26a   Toy that's in bits on middle of floor (4)
LEGO:  Another name for the on side of a cricket pitch, followed by the central letter (middle of) of flOor 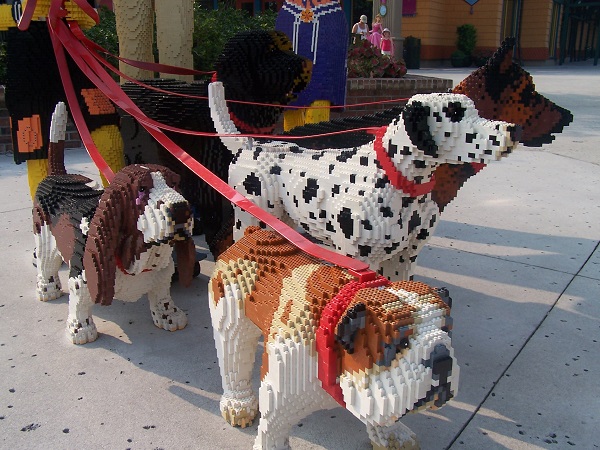 1d    Lark's flight enthralling a daughter (8)
ESCAPADE:  A flight or getaway containing (enthralling) A from the clue and D(aughter)

2d    After drugs, journalists love strong coffee (8)
ESPRESSO:  Chain together the plural of a usual single-letter drug, a word for journalists and their publications, and the usual letter representing a love score in tennis

4d    Remove ages on top of engravings (5)
ERASE:  Some ages followed by the first letter (top of) of Engravings

5d    Conductor of opera popular in Northern Ireland (9)
TOSCANINI:  Start by putting the usual word for popular or trendy inside (in) the abbreviation for Northern Ireland.  Then place that combination after a well-known Puccini opera to get an Italian conductor.  Wikipedia describes him as “one of the most acclaimed musicians of the late 19th and of the 20th century”

6d    Nothing controls flab (4,7)
LOVE HANDLES:  Join together the tennis name for a score of nothing and a verb synonym of controls 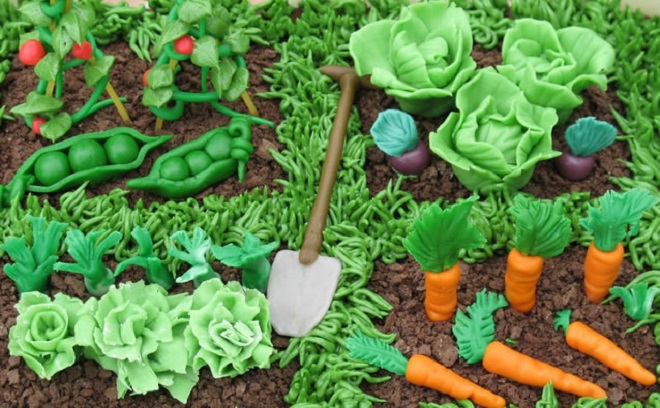 12d   Accomplices in case? Scores I suspect (11)
ACCESSORIES:  An anagram (suspect) of CASE SCORES I

16d   Accomplished advance or defeat? (8)
OVERCOME:  Glue together synonyms of accomplished or completed and of advance 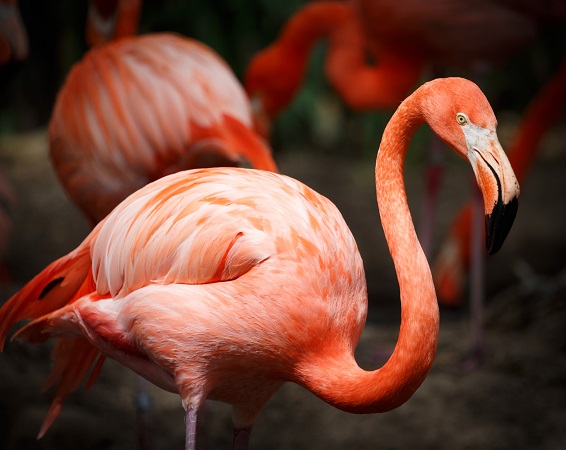 19d   Old boy is to supply musician (6)
OBOIST:  The abbreviation for old boy followed by an anagram ( … supply) of IS TO

20d   Dozing when cover drawn up (6)
ASLEEP:  A short synonym of when, followed by the reversal (drawn up in a down clue) of a type of cover (e.g., the outermost bit of an apple or an orange)

22d   Regret clothing first two of children in frilly lace (5)
RUCHE:  A synonym of regret containing (clothing) the initial two letters (first two of) of CHildren.  The answer was clear from the word play, but I did have to verify that it’s a type of lace.  If you need to do the same, look here.

Thanks to today’s setter for an enjoyable solve.  I felt that this puzzle repeated itself a bit in both vocabulary and clue structure, which took some of the shine off.  On the other hand, the good bits were really very good.  I liked the 10a and 14a anagrams, and I smiled rather a lot when I got 15d and 23a.  The highlight for me was the 17d, 24a, 26a triplet occupying the SE corner.  The wonderful 24a and 26a are both appearing on the back page for the first time.  I can’t choose between them, so today they’re first equal on my honours list.  Which clues did you like best?