A reasonably straightforward Giovanni this week, with some nice anagrams to get you going. On the other hand, it took me ages to work out the Quick Crossword pun…

9a           Picture someone nearing the end of his days in the staff room? (3,6)
OLD MASTER – This type of classic painting could also be an aged male teacher.

10a         Dad‘s half-hearted spiel (5)
PATER – Remove one of the middle letters from a salesman’s spiel to get the Latin word for father.

11a         Better person steering a course on the river? (6)
PUNTER – One of a large number of people patronising the bookies at Cheltenham this week, or someone propelling a flat-bottomed boat with the aid of a long pole.

13a         With drinks coming round, graduate dances (6)
RUMBAS – More than one tot of a drink made from sugar cane, wrapped around the letters after the name of an arts graduate.


15a         Like some purchases, no longer having to work? (4-4)
DUTY-FREE – Something which may be available at an airport shop, which could also describe someone with no appointed tasks to carry out.

18a         Member of family telling a story? (8)
RELATION – Double definition: a general term for a member of someone’s family; or the act of telling a story.

19a         Sweet start to the week reportedly (6)
SUNDAE – A homophone (reportedly) of the first day of the week which is applied to an ice-cream dish. 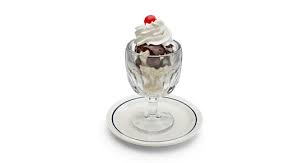 21a         One bird also protecting a very different kind of bird (8)
COCKATOO – A general term for a male bird and another word for ‘also’, placed either side of A (from the clue). 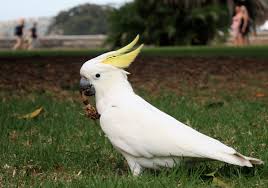 23a         Character to declare a truce (4-2)
MAKE-UP – The essential character or ingredients of something. Without the hyphen this means to become friends again after an argument (often linked with a kiss).

27a         Once again attend to study and get into gear (9)
READDRESS – Put together ‘study’ (at university) and ‘get into gear’ (where gear is another word for clothes).

28a         Peer admitted being naughty is deliberate (12)
PREMEDITATED – Anagram (being naughty) of PEER ADMITTED.

3d           Don’t chuck everything — this may be useful for repair (5,4)
SPARE PART – Something used to replace a broken component in a machine, which could also be an instruction to ‘save some’.

4d           Book of information unopened (4)
ACTS – Remove the opening letter from the sort of information that Mr Gradgrind thought was all that should be taught in school, and you get the fifth book of the New Testament.

“Now, what I want is Facts. Teach these boys and girls nothing but Facts. Facts alone are wanted in life. Plant nothing else, and root out everything else. You can only form the minds of reasoning animals upon Facts; nothing else will ever be of any service to them.” (Hard Times, Charles Dickens)

5d           Dismissed end to end, we hear (5,3)
THREW OUT – A verb phrase from cricket, where a fielder hurled the ball at the wicket and hit it while the batsman was out of his ground. It sounds like (we hear) a single ten-letter word meaning ‘from beginning to end’.

6d           Following game, lord briefly makes money (5)
RUPEE – Put together the initials of the game played in the Six Nations and a member of the House of Lords minus his last letter, and you get some Indian money.

8d           Pair getting fever in foreign capital (6)
PRAGUE – An abbreviation for ‘pair’ followed by a fever with hot and cold fits, leading us to the Czech Republic.

14d         Spy hugs English copper, having left bit of stuff (8)
MOLECULE – Put together English, the chemical symbol for copper, and Left, then wrap a sort of spy around the result and you get a tiny amount of matter.

17d         Picture house and record memory (8)
HOLOGRAM – Put together an abbreviation for House, the record kept by a ship’s captain, and some computer memory, and you get a 3D picture. 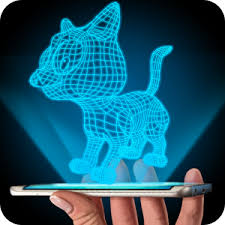 18d         Once more model engineers must go to shed (6)
RECAST – The usual military engineers followed by ‘shed’, as a snake might shed its skin.

20d         Former lover modelled in birthday suit? (7)
EXPOSED – Put together the usual former lover and another word for ‘modelled’, and you get what you are if you’re in your birthday suit. 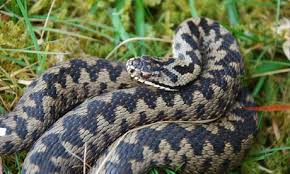 25d         Female and male needing help (4)
MAID – An abbreviation for Male followed by some help or assistance.