Hello, everyone. I’m currently working my way through Don “Giovanni” Manley’s Chambers Crossword Manual, hoping to get better acquainted with the laws/rules/conventions of cryptic crosswords. I recently encountered an aside in that book saying that the Swahili word for crossword is “chemshebongo”, meaning “boil brains”. My first thought was that that fact would be an amusing titbit to put in a blog intro. My second thought was that I’d better check it, just to be sure. So, I typed “crossword” into the English side of the Google Translate box and asked for the Swahili translation. Back came “crossword”. Hmmm. Further investigoogling suggested that the origin of this supposed translation was the fine television programme QI, and there the trail stops. Which leads me to ask today if we might have any speakers of Swahili out there who could comment on its accuracy?

While today’s puzzle, unlike last Friday’s, isn’t a brain boiler, solving it certainly warmed my grey matter. It might be that wavelength thing, but I found it more challenging than some recent Tuesday puzzles. Several laugh out loud moments today mean that I have to rate it above average for enjoyment.

buttons. Please leave a comment telling us how you got on.

1a    Without waiters or waitresses? That’s inconsiderate (4-7)
SELF-SERVING:  Taken literally the answer implies that you’ll have to get your food yourself. 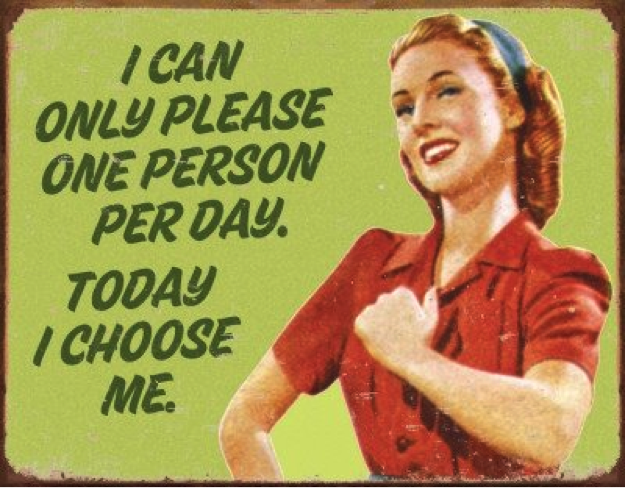 10a   Priest welcomed by Roman Catholic, 15 (5)
RELIC:  Crosswordland’s usual priest is inserted into (welcomed by) the abbreviation for Roman Catholic. The definition here is the answer to 15a.

11a   Most recent battles upset missing leader (6)
LATEST:  An anagram (upset) of bATTLES without its first letter (missing leader). 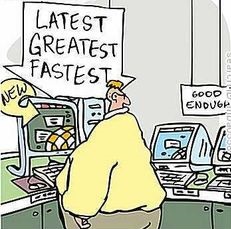 13a   Aussie animal‘s wife fights without limits (6)
WOMBAT:  W(ife) followed by a synonym of fights that is missing its first and last letters (without limits). 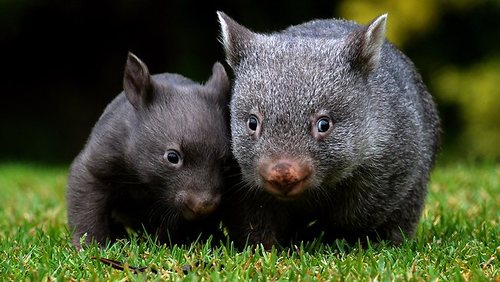 15a   Hold on to Oriental drink as memento (8)
KEEPSAKE:  A charade of a word meaning “hold on to” and a Japanese drink made by fermenting rice. 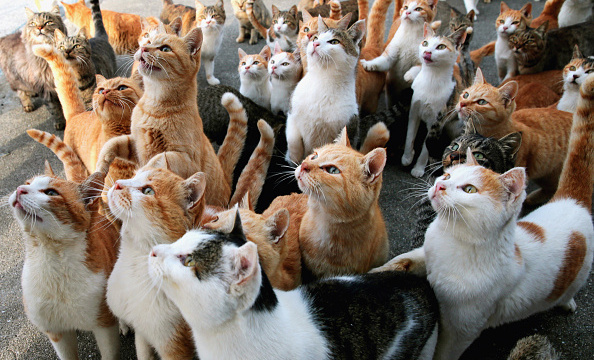 19a   Reportedly break part of gun? (6)
BREECH:  This part of a gun is a homophone of a word meaning break (through a fortification perhaps).

21a   Go with commanding officer and arrest gutless traitor (8)
TURNCOAT:  Concatenate a go in a board game, the abbreviation for Commanding Officer, and the outer letters (gutless) of ArresT.

23a   Dress warmly and put to bed (4,2)
WRAP UP:  This is a double definition. A third definition could be to prepare a gift, such as a cat, for giving:

27a   General perhaps left following attack (9)
BROADSIDE:  “Perhaps left” indicates a thing of which left is an example (right is another). Put that after (following) a synonym of general as an adjective. 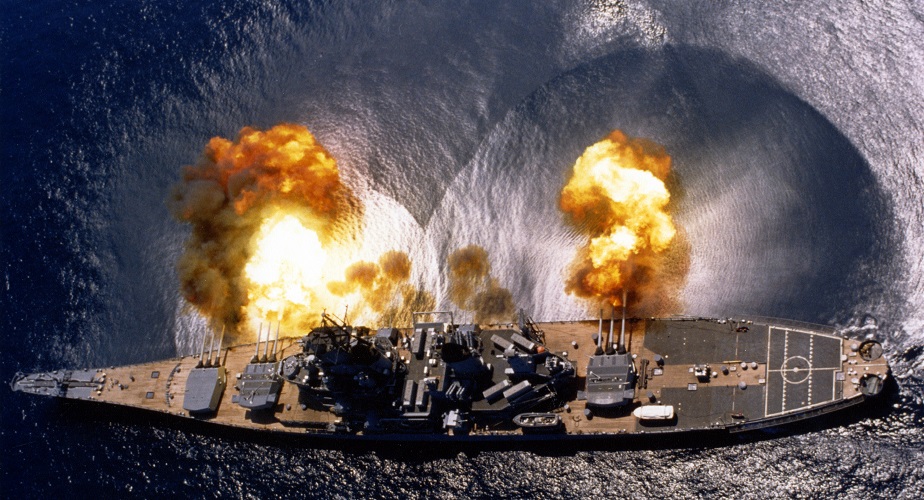 28a   Share tweets breaking down Romeo and Juliet, for instance (11)
SWEETHEARTS:  An anagram (breaking down) of SHARE TWEETS.

1d    Everything in performance is superficial (7)
SHALLOW:  A performance at a theatre contains a word meaning everything.

2d    Run above board (5)
LEGIT:  The answer is a short form of a word meaning “above board”. Split (3,2) the answer means run. That’s close enough to running to justify another instalment of Jackson Browne and David Lindley.

3d    Pointed at the front, square at the back? Neat! (9)
SHIPSHAPE:  The wordplay is a cryptic definition of the answer. Since the picture for 27a also illustrates this wordplay, I’ll repeat it here.

5d    Brilliant and trendy, like a church? (8)
INSPIRED:  The usual short word for trendy or fashionable, followed by an adjective that could describe the architecture of churches. In Oxford it might be preceded by “dreaming”.

6d    Wolf‘s throat (5)
GORGE:  Another double definition. The first is a verb meaning “eat greedily”, the second is a noun synonym.

7d    Cover up in Home Counties holiday destination (7)
SECRETE:  Follow the two letter abbreviation for the geographical region of England comprising the Home Counties with the largest Greek island.

14d   Reduce the level of river in China (8)
MODERATE:  China here is indicating a word for friend that rhymes with the last word of “China plate”. To get the answer insert a large Central European river.

17d   Hustle son on cold walk (8)
SCRAMBLE:  Concatenate the single-letter abbreviations for S(on) and for C(old) with a walk in the outdoors.

20d   Doctor helps to restrain a second unfortunate (7)
HAPLESS:  An anagram (doctor) of HELPS contains (to restrain) the A from the clue and is followed by the single-letter abbreviation for S(econd). Mya the 20d cat was safely rescued from the watering can. 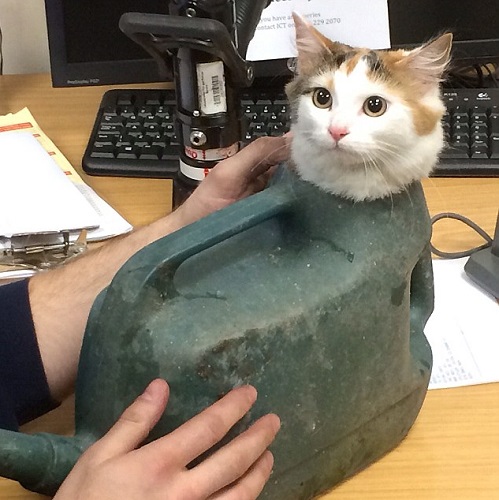 24d   Former nosy parker, we hear (5)
PRIOR:  Spoken aloud, the answer sounds like somebody who pokes their nose into things private and personal.

25d   Low temperature is debatable (4)
MOOT:  Low here is clueing the noise that cows make. Add to that the single-letter abbreviation for T(emperature).