Greetings from the 07:19 Virgin Pendolino hurtling from Warrington to London, we are running 13 minutes late due to Wigan, nothing specific, just the place.  I’m looking after things for the weekend so I’ll be here tomorrow as well, while BD is having a nice weekend off.

Looking forward to catching up with chums old and new and it should be a grand do.  I have a little surprise for everyone there, not as good as lemon drizzle cake, which I hope will be putting in an appearance as well.

This was a fairly straightforward run today, I’m guessing set by our regular Saturday supremo rather than by Mr Ron.  I was wrong!  It is by Mr Ron!

1a           Being enthusiastic with detailed planning after European Union (10)
Probably one of the tougher clues to start with, as it’s a word not normally used in conversation.  OIf you are really mad keen on something you may speak about it ad nauseam (like me and crosswords, quizzes and bridge!) and this is the adjective that describes that.   Take the abbreviation for that organisation we are leaving soonish and add a word that means with detailed planning

6a           Tiny amount of holiday in spring (4)
A double definition for the name of the late spring bank holiday (very big in Wigan) and a slightly more unusual word for a small amount of something.

11a         Writer from old days you style vacuously as flat (9)
The name for a type of an upmarket flat is found by taking something that writes, add how you addressed someone in days gone by as ‘you’ and the word ‘style’ minus its innards (vacuously). 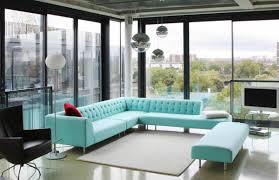 14a         Emergency vehicle dodges around beset by environmentalists (5,7)
The name for one of those old fire engines and the nickname of Diana Moran who used at appear on Breakfast TV is found by rearranging the word ‘dodges’ and putting it inside the name for people who care about the environment. 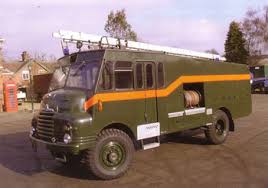 21a         Nothing in Heart’s broadcast for range of listeners? (7)
I liked this clue with its nice surface reading.  The name for how far you can hear is found by taking the symbol for nothing, and putting it in an anagram of Heart’s.

24a         Stand in sea in disguise that may be put on to fish (9)
A word meaning (with)stand goes before an anagram to give something you put on fish, though I’d rather have it on steak.

27a         Snoop around about small storage space in part of church (10)
A word meaning to poke your nose goes around a short word meaning about + S (small) and a little amount of (computer) storage space.  This gives the name for a part of an English church.

1d           Concentrate? It’s hard after new member of comedy duo comes around (6)
A word that means concentrate as in quantity and quality can be found by  taking the first name of a famous comic double act (not the one with the short fat hairy legs) and placing him around N (new) – add the abbreviation for hard afterwards and all is revealed!  Any excuse to show this….

The Beeb won’t let me put Shirley Bassey up but this will do!

4d           One with special powers ahead with the Queen carried by prancing horse (9)
A word meaning ahead or rising goes before the abbreviation for Her Maj and put all this inside an anagram (prancing) of HORSE to give someone you will believe can fly and save the world.

15d         Like a coward clutching contents of till — innocent? (9)
How you would describe someone without courage or lacking bravery needs IL (the contents, innards of TILL) to give a word meaning innocent.

17d         Inexperienced traitors shot up by southern defence system (4,4)
A word meaning inexperienced, often applied to recruits, and a word for traitors are both reversed and then take S (southern) to give Ronald Reagan’s missile defence system.  Oh, and a famous film featuring the trials and tribulations of the Skywalker family!

22d         One making effort right to break rank (5)
A word for someone having a go is found by taking R (right) and putting it inside a world for a line or level.

Now play nicely while we are all away and remember we’ll be popping in to put people who give more answers away on the naughty step.  And there’ll be no lemon drizzle cake for you.  See you tomorrow!