Good morning from South Staffs, where after a damp, grey start to the day the sun has put in a welcome appearance.

Today’s Giovanni didn’t take me very long at all, hence the * rating. Nothing too obscure, and the usual scrupulously fair cluing from our Friday setter.

17a         Being opposed to any priest or saint I call ‘crime’ ridiculously (15)
ANTICLERICALISM – Anagram (ridiculously) of SAINT I CALL CRIME.

18a         Keep quiet in delightful meal (6)
SUPPER – Put the musical symbol for ‘quiet’ inside a word for delightful or great.

20a         Came across house by the end of cobbled way (6)
METHOD – Put together ‘came across’, an abbreviation for house, and the last letter of cobbleD.

21a         Punished for second parking offence? That’s nice! (7)
REFINED – This word for ‘nice’ or ‘genteel’ could also be a description of someone who has had to pay a monetary penalty for a parking offence or other minor transgression, not once but on a second or subsequent occasion. 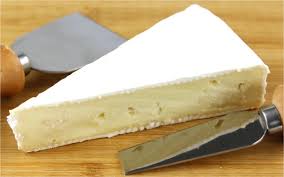 26a         So there is an attempt after a bit of hesitation (4)
ERGO – A short word expressing hesitation in speech, followed by an attempt or a turn in a game.

27a         A railway needs to go east of somewhere like Paddington still (10)
STATIONARY – A place, like Paddington, where trains stop, followed by A (from the clue) and an abbreviation for railway.

1d           Northern river sport (4)
WEAR – Double definition: the river that runs through Sunderland, for example; or the act of wearing something as a statement.

3d           One of two I plunged into volatile liquid (6)
EITHER – A volatile organic compound which was used as an anaesthetic in the past, with I (from the clue) inserted.

5d           Fellows carrying little girl, coming to a holy city (6)
MEDINA– Some fellows wrapped around a short form of a girl’s name, followed by A (from the clue), giving us a Muslim holy city.

8d           Two males interrupting party poem, creating inconvenience (10)
DISCOMMODE – A party involving recorded music at high volume, and a poem, placed either side of two examples of the abbreviation for Male.

11d         Troublemaker on a ship, sailor the French blocked (10)
IMPASSABLE – Put together a supernatural troublemaker, A (from the clue), the usual crossword steamship, one of the usual abbreviations indicating a sailor’s rating, and the French definite article.

12d         International organisation’s excellent opening to provide wine? (10)
UNSTOPPING – Put together the initials of an international political organisation, plus the ‘S from the clue, and another word for excellent, to get a generic word for removing the cork or screw cap from a bottle of wine.


14d         Given medical care, as discussed (7)
TREATED – Double definition, the second referring to, for example, the discussion of a topic in an academic paper.

19d         Come back with vessel for chemistry lab (6)
RETORT – double definition: a robust reply; or the exotically-shaped piece of glassware which probably has a brightly-coloured liquid bubbling in it in any mad scientist’s laboratory in film.

20d         Country team that’s taken care of, led by this person (6)
MEXICO – Start with (led by) ‘this person’, then add the Roman numeral for the number of players in a football or cricket team, followed by the abbreviation for ‘care of’. 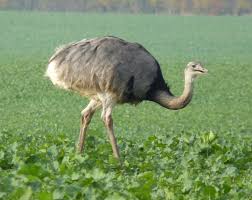 24d         King entertained by poet and elegist (4)
GRAY – The poet who wrote The Beggar’s Opera, wrapped around the Latin abbreviation for king, producing the chap who wrote Elegy written in a country churchyard.