Good morning from South Staffs where the frost of the last few days has been replaced with a thick cloud cover.

Nothing too difficult from Giovanni today: the bits of General Knowledge are easily determined from the wordplay.

1a           Fifty in female group in NY community (6)
HARLEM – A set of wives and concubines in an Eastern potentate’s palace, wrapped around the Roman numeral for fifty, giving us a major African-American area of New York City. Here’s some music of the sort the area was once famous for.

9a           Resolution to get legal decision (13)
DETERMINATION – Double definition: steadfastness, or a finding by a court.

11a         Bring out priest to meet leading trio of citizens (6)
ELICIT – An Old Testament priest who regularly appears in crosswords, followed by the first three letters (leading trio) of CITizens.

12a         Home Counties woman and a lady from Spain (6)
SENORA – The compass direction where the Home Counties are to be found, followed by a woman’s name.

16a         Reason in short supply — argument within becomes hardened (8)
STIFFENS – Remove the final letter from the sort of reason which is often preceded by ‘common’, then insert a minor argument.

23a         Old bishop visiting unfamiliar alien part of France (8)
LORRAINE – Old and the letters which are an abbreviation of the honorific form of address for a bishop, with an anagram (unfamiliar) of ALIEN wrapped around it.


25a         One moving from party to party? (8,5)
FLOATING VOTER – Cryptic definition of someone whose political sympathies are not fixed.

27a         What has lots of little holes? It’s a puzzle (6)
RIDDLE – Double definition, the first being a garden tool used for sifting soil.

2d           Article on famous Italian movement (7)
ANDANTE – One of the forms of the indefinite article followed by an Italian poet of the late Middle Ages. This gives us a musical tempo, which by extension is used to refer to a movement played at that tempo.

3d           Underground flow of water coming from toilet here (5)
LETHE – One of the rivers of the Underworld in Greek mythology is hidden in the clue.

4d           Sweet food mum and boy fed to horse (9)
MARMALADE – A short word for mum and another word for a boy, with a female horse wrapped around them.

5d           Expert runner was first to embrace learner (7)
SKILLED – The sort of runner used (in pairs) for sliding down snow-covered hills, and ‘was first’ (in the race), placed either side of Learner.

8d           Scottish engineer looked after cows (7)
RANKINE – ‘Looked after’ or ‘managed’ followed by another word for cattle. The answer is a 19th-century Scottish scientist known, apparently for inventing a temperature scale which, like the Kelvin scale, starts at absolute zero, but then proceeds upwards in degrees Fahrenheit. He is also known for a model used to predict the performance of steam turbine systems (Thank you, Wikipedia). 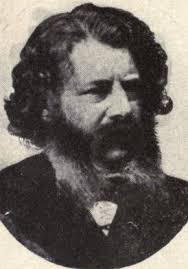 13d         Smelling nothing, left workplace (9)
OLFACTORY – The definition is an adjective, hence relating to the sense of smell. Put together the letter which looks like a zero, Left, and an industrial workplace.

17d         Emotional time, being given rebuke (7)
TEARFUL – Time followed by an informal word for a rebuke or telling-off.

20d         Trick monster briefly used for domination (7)
CONTROL – A three-letter word for trick or cheat, followed by the monster who took on the Billy Goats Gruff, with his final letter removed.

24d         Bill and Edward participated in panto maybe (5)
ACTED – An abbreviation for a bill or account, followed by a short form of Edward.