Good morning from South Staffs where there’s a cold sunny start to the day. Here’s hoping that you can all access this site without any of the problems of recent times.

Nothing too difficult from Giovanni today, though perhaps a little more of his trademark religious references than we have had in recent weeks.

1a           Rough handling that is deliberate is being covered up (6)
MISUSE – A word for deliberate or ponder wrapped around IS (from the clue).

4a           Notice project worker, one assisting senior officer (8)
ADJUTANT – Put together a short commercial notice, to project  or stick out, and one of the usual worker insects, and you get a junior officer who does the admin for a regimental commander.

9a           Healthy food for party people (6)
GREENS – The healthy food we were all encouraged (forced?) to eat when young, or members of a political party.

11a         Vehicle, say, in City area — area half destroyed (6,3)
ESTATE CAR – The letters from the postal district for the City of London are wrapped around a verb meaning ‘say’, and followed by the first half of ARea.

13a         Street with strange sort of sound (5)
STRUM – The abbreviation for street followed by a word for strange or odd, giving the sort of sound that may emanate from a guitar.

14a         Leaders won’t stay in position — expect people to get sacked (5,4,4)
HEADS WILL ROLL – A figurative expression (unless you’re Henry VIII) used when it is expected that those responsible for a foul-up will be sacked. Literally it means that people in leading positions won’t stay where they’re put, perhaps because they are round in shape and the ground isn’t flat.

17a         Church leader like me will get involved with psalter (13)
KAPELLMEISTER – Anagram (will get involved) of LIKE ME and PSALTER. The leadership involved is in the musical field – think of Haydn and Prince Esterhazy, for example. 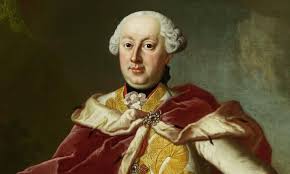 21a         Nuisances in religious instruction thrown out by clergy (5)
PESTS – Start with a word for some members of the clergy, then remove Religious Instruction.

25a         Ways to hide love — such will evoke sadness (6)
PATHOS – The letter that looks like a love score at tennis, inserted into some ways used for foot traffic.

26a         More than one drink that is brought by deck worker aboard ship (8)
SHANDIES – A term for a deck worker and the Latin abbreviation for ‘that is’ are put together and inserted into the usual crossword ship. Some drinks which are a mix of beer and lemonade or ginger beer.

27a         Island‘s tree featured in speech (6)
CYPRUS – An island in the Mediterranean, which sounds like the name of an evergreen tree. 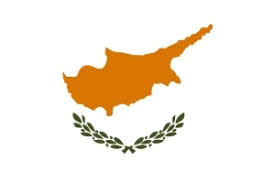 1d           Periodical not gross — something that can be attractive (6)
MAGNET – A short form of a word for a periodical, then the sort of profit which is not gross.


5d           Put off skimpy attire, good person who has a resigned outlook? (11)
DETERMINIST – Put together a word for put off or discourage, a short piece of female clothing, and the abbreviation for a good or holy person.

7d           Tree person once on the council. man made redundant (5)
ALDER – Remove the ‘man’ from the title of a former civic dignitary, second only to the mayor. 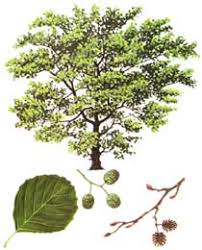 8d           Winds coming up? Get some warm clothes (8)
THERMALS – Some warm underclothes which could also be rising currents of air.

12d         Unusual chasm, a ravine that needs special card to gain access (4,7)
CASH MACHINE – Anagram (unusual) of CHASM A, followed by an unusual word for a ravine.

15d         Prayer bringing love with hurt and fear dissipating (3,6)
OUR FATHER – Start with the letter which looks like a love score at tennis, then add an anagram (dissipating) of HURT and FEAR, and you get the first two words of a Christian prayer first seen in the Gospel of Matthew.

16d         Steer clear of workers in special trousers (3,5)
SKI PANTS – A word for ‘steer clear of’. Dodge or avoid, followed by those insect workers again.

18d         Girl with big dictionary getting tied up somehow (7)
LASSOED – Another word for a girl or young woman followed by the acronym for a really big dictionary (not the BRB, but the really enormous one in many volumes).

19d         Sailor to loiter, having lost heart in historical region (7)
TARTARY – One of the usual sailors followed by a word for ‘loiter’ with its middle letter removed (having lost heart). The answer is an old word for a large chunk of northern and central Asia.

20d         Conservative fails and goes out of business (6)
CLOSES – Abbreviation for Conservative, followed by ‘fails to win’.

22d         Thus America presents one of its composers (5)
SOUSA – An American composer made up of a word for ‘thus’ and the initials of the country. ARVE Error: need id and provider