Good morning from South Staffs this Armistice Day morning. Those of you waiting anxiously for the blog to appear will note that publication was delayed, deliberately, by two minutes.

The NE corner held me up longest on today’s Giovanni, but otherwise there was nothing too difficult, since the unfamiliar words were clued in the usual fair fashion. I did think, though, that the wordplay for 5d involved something of a stretched synonym.

1a           Herb as son, little chap with endless merit (10)
STITCHWORT – Put together Son, a person who isn’t very tall, and a word for merit with its final letter removed (endless). 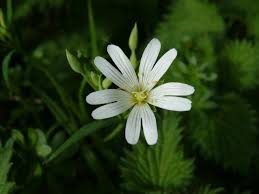 6a           I left sailor travelling west for island (4)
BALI – Put together I (from the clue), Left, and one of the usual crossword sailors, then reverse the lot to get an island in Indonesia (but not the one in today’s Quick Crossword).

9a           Getting snarled up — as net is here, before fishing (10)
ENTANGLING – A semi-all-in-one clue. Anagram (snarled up) of NET followed by fishing as a sporting activity.

10a         A group of coppers seen to be sharp (4)
ACID – A (from the clue) followed by the acronym for a section of the police force where the detectives work.

13a         Very small things not reused, chucked (9)
DEUTERONS – Anagram (chucked) of NOT REUSED, giving us some heavy hydrogen nuclei.

15a         Blooming obsession that’s absorbing Rex, four (8)
THRIVING – Take the Latin abbreviation for a king (rex) and the Roman numeral for four, and put them inside a word that can mean ‘obsession’, as in ‘He has a bit of a —– about…’.

18a         Greek character hugged by little child for a time (6)
MINUTE – A small child, as in ‘poor little —-‘, wrapped around the thirteenth letter of the Greek alphabet.

20a         Problematical situation that gets someone reaching for hair dye? (4,4)
GREY AREA – If you regard these signs of aging in your hair as a problem, you might choose to dye them.

23a         Fellow surrounded by unsociable types who live in a city? (9)
LONDONERS – Some people who don’t like company wrapped around a university fellow, giving us the inhabitants of the Great Wen.


24a         Member meeting unknown host (4)
ARMY – One of the members of the human body followed by an algebraic unknown.

26a         Work that may be behind a counter (4)
TILL – This word for working the soil could also be where a shopkeeper puts his takings. 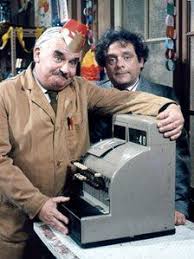 28a         Money quietly given to party (4)
DOSH – One of the usual crossword parties followed by an instruction to be quiet.

3d           Keeping going in dialogue, getting two characters to switch around (12)
CONSERVATION – Start with another word for a dialogue, then swap two letters around.

4d           Drilling completed? Congratulations! (4,4)
WELL DONE – A phrase which could mean that you’ve finished drilling for oil or water. The first word is what you would have drilled, the second a word for completed or finished.

5d           A number landing in gutter, dismissed (3,3)
RAN OUT – The past tense of a verb phrase describing one of the methods of dismissal at cricket. A (from the clue) and Number, placed inside a verb meaning to gutter or hollow out.

7d           They may go to bed after journeys (7)
ANCHORS – Cryptic definition of some things which may be lowered to the sea bed after a voyage.

8d           River suffering with lots of factories around? (10)
INDUSTRIAL – A major river of the subcontinent, followed by a period of testing or suffering.

11d         Scientific study in which secondary aim is dicey (12)
AERODYNAMICS – Anagram (is dicey) of SECONDARY AIM.

14d         Encouraged to be false with secret ultimately hidden (10)
STIMULATED – Put the last letter of secreT inside a word for false or pretended.

17d         After a day, person on slopes becomes more lively (8)
FRISKIER – A short form of the name of one of the days of the week, followed by a winter sportsperson.

19d         Something that isn’t a positive feature in puzzle? (7)
NONPLUS – The definition is a verb. Split (3,4) this could be something which is not a mathematical or scientific sign for a positive. Or in French it could be two words from the title of that rather risqué song from Serge Gainsbourg and Jane Birkin…

21d         Capital city’s church featuring in adventure story (7)
ROMANCE – The adjective for something belonging to the capital of Italy, followed by an abbreviation for the Church of England.

The dire warnings I was getting from Firefox yesterday morning about this site being an ‘attack site’ are still there today. I hope you will all be able to reach the blog without problems today.