Good morning from South Staffs, with the sun breaking through the early mist.

Not too many anagrams from Giovanni today, though there are the two long ones across the middle to get you started. Your natural history knowledge may be tested by 2d and 5d, but both are gettable from the wordplay.

6a           Game defender to move towards his own goalkeeper? (2,4)
GO BACK – An ancient Chinese board game followed by a football defender.

9a           Sweet request to note blessing all around (6)
BONBON – The Latin abbreviation for ‘note well’ with an archaic word for a blessing or favour wrapped around it.

10a         Doctors in service taking a long time (8)
MASSAGES – The definition is a verb. A Roman Catholic service followed by ‘a long time’.


12a         Noticing headless insect in grass (6)
SEEING – Remove the initial letter (headless) from a proverbially busy insect, and put the result inside another slang term for grass or inform. 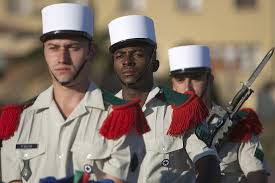 19a         Some believers getting back to America (6)
HINDUS – ‘Back’, as in the back legs of a horse, followed by an abbreviation for America.

21a         Gun — method it needs to get duck, but it’s missing duck! (8)
HOWITZER – Put together a word for the way something is done, IT (from the clue), and a word for the number called a duck at cricket, but with the letter which looks like a cricketing duck removed.

23a         Arrogant one laughing in a London art gallery? (8)
CAVALIER – This is a reference to the popular title given to a painting by Frans Hals, to be seen in the Wallace Collection in London. 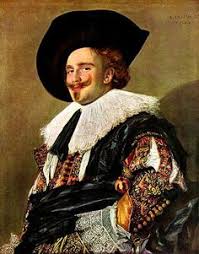 24a         Decided holy book needs editor (6)
MARKED – One of the Gospels followed by an abbreviation for editor.

25a         Old-fashioned officer, busy type grabbing naughty lad (6)
BEADLE – The same busy insect as in 12a, with its head this time, wrapped around an anagram (naughty) of LAD. Mr Bumble in Oliver Twist was one of these. 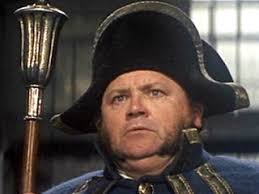 3d           Bone, black one buried in small island to the north (5)
TIBIA – Reverse (to the north, in a Down clue) a small island, and insert into it Black and the Roman numeral for one.

4d           State prisoner getting delivery, about to break free (9)
CONDITION – One of the usual crossword prisoners, followed by vocal delivery or expression, with the Latin abbreviation for about or approximately removed from the middle of it.

5d           Fish in river with member, getting a number (7)
POMPANO – Put together Crosswordland’s favourite Italian river, a Member of Parliament, A (from the clue) and an abbreviation for number, and you get a type of fish commonly found off the US coast. 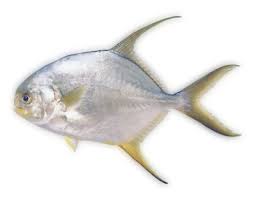 6d           Maybe oxygen starts to prevent such? (5)
GASPS – An all-in-one clue. Put together the state in which oxygen exists at room temperature, and the initial letters (starts) of Prevent Such.

7d           Innocent and weak, restricted by sanction (9)
BLAMELESS – A verb meaning to sanction or approve, wrapped around an adjective meaning weak.

8d           Certain office workers less productive in Civil Service (8)
CLEANERS – An abbreviation for Civil Service wrapped around a word which means ‘less productive’ when referring to a harvest, but which in modern management speak allegedly refers to an organisation which is made more productive.

13d         It’s certainly not new, what some clocks have (5-4)
THIRD-HAND – Double definition: something which isn’t even on its second owner; or what the second hand on a clock may be.

15d         Loathing having to be injected with drug, take a seat and dither (8)
HESITATE – A word for loathing wrapped around a single-letter drug and an instruction to take a seat.

17d         Outside this place a theologian held fast (7)
ADHERED – A (from the clue) and the letters after the name of a learned theologian, wrapped around a word for ‘this place’.

18d         River always descending between two points (6)
SEVERN – Another word for ‘always’ placed between two compass points which would be seen as descending on a map.

20d         Filth from birds finally landing on tree (5)
SLIME – The final letter of birdS followed by a species of tree.