Good morning from South Staffs on a bright but chilly autumn morning.

Not a lot of religion from Giovanni this week, but the usual opportunity to extend your vocabulary, with the transparently clued but seldom seen 28a – my new word of the week.

In the hints below, the definitions are underlined. The answers are hidden under the  ANSWER buttons, so don’t click if you don’t want to see them.

9a           Bill presented by junior minister may be word-perfect (8)
ACCURATE– An abbreviation for a bill or account followed by an assistant priest.

10a         Ireland participating in murder investigation (4)
ERIN – A poetic word for Ireland is hidden in the clue.

11a         Base merchant re-established in rooms at the front (12)
ANTECHAMBERS – Anagram (re-established) of BASE MERCHANT.


16a         Spy puts record back by an identical one (4)
PEEP – An old vinyl record, not quite as long as an LP, is reversed, then followed by itself unreversed.

17a         Head is part of body catching cold (5)
BONCE – One of the constituents of the skeleton wrapped around Cold.

18a         Ruddy duck back in river (4)
ODER – Start with a ruddy colour, add a cricketing duck, then reverse the lot for a river on the German border with Poland.

20a         One may be dotty, typically falling over (6)
DOMINO – Cryptic definition of a playing piece from a game, marked with between zero and twelve dots. They may be lined up in such a way that if one falls over it will bring the rest down.

23a         Informal madam, keeping quiet, permits sweets (12)
MARSHMALLOWS – An informal form of ‘madam’ wrapped around an instruction to be quiet, followed by ‘permits’.

28a         English academic, I drink, having gone over poem (8)
PALINODE – Put together English, a university fellow, I (from the clue), and ‘drink’ (as a cat might), then reverse the lot (gone over), and you get a poem in which thoughts and feelings expressed in an earlier poem are retracted, according to the BRB. No, I’d never heard of it, either.

3d           What you see with suburban anacondas? They are sweet enough to eat! (6,6)
BANANA SPLITS – This is a Dingbat type of clue. Look carefully at ‘suburBAN ANAcondas’ and ‘say what you see’. The anwer is a type of dessert.

5d           Brandy — not quite enough for a whole month (4)
MARC – Remove the final letter from one of the months of the year to get a variety of brandy made in Burgundy (and elsewhere, no doubt) from fermenting the grapeskins left over from winemaking. 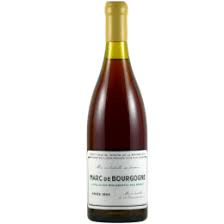 6d           Terrorists finally caught on walk due to emergency military action (8)
SCRAMBLE – Put together the final letter of terroristS, the abbreviation for Caught on a cricket scorecard, and a country walk.

12d         Early on, bus is breaking down in a foreign country (12)
BYELORUSSIAN – Anagram (breaking down) of EARLY ON BUS IS, giving an adjective relating to an Eastern European country.

14d         Hundred joining in European meeting in which steps will be taken (5)
DANCE – A citizen of a northern European country wrapped around the Roman numeral for a hundred.

16d         Triangular feature in gym — mend it when broken (8)
PEDIMENT – The two letters signifying one of the weekly sessions of misery in the gym at school, followed by an anagram (when broken) of MEND IT.

17d         Old-fashioned underwear showing flowers (8)
BLOOMERS – Double definition: some 19th-century undergarments; or a word for flowers describing what they do. 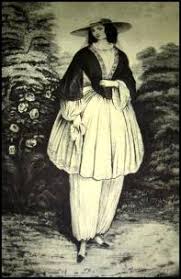 19d         Devon flower pleasant little daughter carried out (8)
EXECUTED – Put together a river in Devon (a flow-er), a word for pleasant or charming, and an abbreviation for Daughter.

22d         Tool beginning to turn with spiked wheel (6)
TROWEL – The first letter of Turn followed by the spiked wheel found in a horseman’s spurs, giving us a garden tool, or one used by a bricklayer.

24d         Short ceremony prior to a female receiving education (4)
RITA – Remove the final letter from a ceremony, then add A (from the clue) to get the name of the woman who was educated in a film starring Julie Walters and Michael Caine. 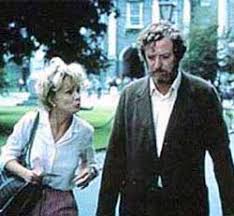 25d         Problem with speech — lecturer initially is certainly not loud (4)
LISP – Put together the first letter of Lecturer, IS (from the clue), and the musical symbol for ‘not loud’.