Good morning from South Staffs on a damp,grey morning – though we seem to have escaped the storms that have been reported in parts of the country.

Some bits of General Knowledge needed to sort out the parsing of some of the clues in today’s Giovanni, with, I suspect, the nun in 5a likely to give trouble. The answers, however, are not obscure words and solvers should be able to cope. 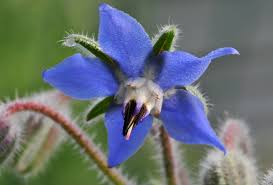 5a           Theologian has ensnared Eastern nun, it’s revealed (8)
DECLARED – The letters after the name of someone with a higher degree in theology are wrapped around Eastern and a member of an order of Franciscan nuns named after their founder St Clare.

10a         Writing favoured by top man (6)
INKING – A two-letter word for favoured or popular, followed by the top man in a monarchy.

11a         Humorous talk — about what to expect on bit of golf course (8)
REPARTEE – Put together the Latin word for about or concerning, an expected level of performance, and the starting point for a game of golf.

13a         Arrive carrying a drunkard back in a sleepy state (8)
COMATOSE – A (from the clue) and the reverse of a word for a drunkard, with a word for ‘arrive’ wrapped around them both.

17a         Source of electricity in room (4)
CELL – Double definition, the second being a room occupied by a prisoner or a monk.

20a         Communist rejected by fellows as one to put things right (6)
MENDER – Some fellows followed by the reverse (rejected) of the colour associated with Communists.

22a         American estate in fact unable to accommodate one (6)
REALTY – Remove the Roman numeral for one from a word for fact or actuality, and you get an American term for landed property.

23a         Ships acquired by very rich man at end of the day (8)
FRIGATES – The short form of a day of the week (today if you’re reading this on the day of publication), followed by the surname of the Microsoft billionaire. 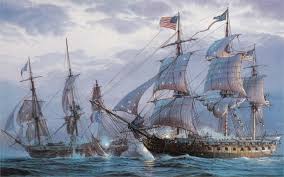 25a         Symbolically record a time in public school ‘retrogressive’ (6)
NOTATE – Reverse (retrogressive) the name of the usual crossword public school, then insert A (from the clue) and Time.

4d           Always securing final order for material (9)
ELASTOMER – Put together ‘final’ and an honour conferred on distinguished servicemen, scientists, artists or promoters of culture, then wrap a poetic word for ‘always’ around the result.

7d           Provide fresh protection for river, restrictions being put on it (8)
REINSURE – The restrictions used to control horses, followed by a Yorkshire river.

8d           Fishing boat the French capsized, resulting in inelegant language (8)
DOGGEREL – A type of fishing boat, also a sea area usually grouped with Fisher and German Bight in the shipping forecast, followed by the reverse (capsized) of the French definite article.


15d         After a couple of upsetting drinks, journalist grumbled (8)
MURMURED – The drink which kept the Royal Navy going for several centuries, reversed and duplicated, followed by the usual crossword journalist.

17d         Excellent fellow pursuing line in court — one looking for compensation? (8)
CLAIMANT – Put together Line, a letter and Roman numeral signifying excellent or first class, and a fellow or chap. Then wrap an abbreviation for CourT around the result.

18d         What’s torn in injury in sport, getting fabric wrapped round (8)
LIGAMENT – A sport or pastime, with a fabric used in bandages or dressings wrapped around it.

19d         Legal statement gets Edward ruffled (7)
PLEATED – A legal statement of case followed by a diminutive form of Edward, giving us the sort of ruffles to be found in an item of clothing. 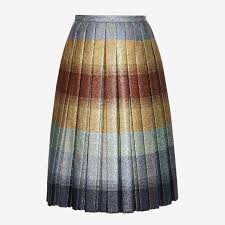