Good morning from South Staffs where the sun is shining as I type this, but we can expect rain later.

Nothing to frighten the horses today from Giovanni, and plenty of anagrams to get you going.

1a           Cleaner meandering outside university court showing disinclination for work? (10)
RELUCTANCE – Anagram (meandering) of CLEANER wrapped around University and CourT.

10a         Note a piece of stage scenery (4)
FLAT – Double definition: a musical note that isn’t a sharp or a natural; or one of the moveable pieces of painted scenery on a stage.

13a         Shelf aboard ship for land vehicles (7)
SLEDGES – Another word for ‘shelf’ inside the usual crossword ship.

15a         Goddess shows negative emotion about the City (6)
HECATE – The opposite of love is wrapped around the postal district of the City of London, giving us a Greek goddess. 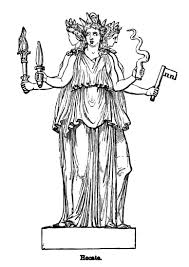 16a         Article about employment leads to a feeling of disgust (6)
NAUSEA – Reverse (about) an indefinite article, then add ‘employment’ and A (from the clue).

17a         Revenue from ancient tower? Cash coming with little effort (5,3,3,4)
MONEY FOR OLD ROPE – The ancient tower is something which, when it was newer, was used for towing things. The answer is what you get for selling it off. 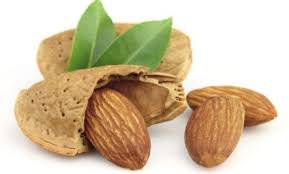 20a         Diplomat in shelter with hidden gun (6)
LEGATE – The side which is sheltered from the wind is wrapped around an informal word for gun.

21a         Silence brought by endlessly serious person trying to be funny (7)
GAGSTER – ‘To silence’, perhaps by physical means, followed by ‘serious’ with its last letter removed. 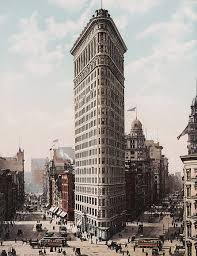 1d           Wild event sees one surrounded by rubbish (4)
RIOT – Another word for rubbish wrapped around the Roman numeral for one.

3d           Nothing left for possession by one American native or another (6)
CREOLE – A Native American tribe is wrapped around the letter which looks like zero or nothing, and Left, giving us another set of North Americans, often of French or Spanish origin.

5d           First sign of cuckoo and another bird will get fearful (6)
CRAVEN – The first letter of Cuckoo followed by the bird which quoth ‘Nevermore’.

8d           One has four feet, is encountered in wild retreat (10)
TETRAMETER – Anagram (wild) of RETREAT, wrapped around ‘encountered’. This is a verse form, not an animal.

The Assyrian came down like the wolf on the fold,
And his cohorts were gleaming in purple and gold;
And the sheen of their spears was like stars on the sea,
When the blue wave rolls nightly on deep Galilee.

11d         Winner with female name drinks after victories (10)
CHAMPAGNES – Put together a short form of the word for the winner of an event and a woman’s name, and you get the drinks consumed or sprayed about on the winner’s podium.

13d         Hanging around to celebrate, having jumped over river (7)
STAYING – ‘To celebrate’, perhaps musically, wrapped around a Scottish river.

14d         One providing something to help a person sit up (7)
SADDLER – Cryptic definition of somebody who makes the equipment used to sit on a horse (up).

20d         Character who hires something out? (6)
LETTER – Double definition, the first being a typographical character. 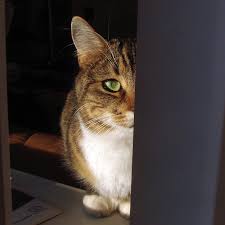