Good morning from South Staffs on a cool, cloudy day.

Three-quarters of today’s Giovanni went in very quickly, but then I ground to a halt in the SW quadrant, hence *** for difficulty. The puzzle is a pangram, and there are the usual bits of General Knowledge thrown in, fairly clued as ever.

1a           Annoyed old boy returning to that place died (8)
BOTHERED – Put together the reverse (returning) of the letters denoting an old boy of a school, the adverb meaning ‘to that place’, and Died.

5a           Fight doctor wearing his white garment? (6)
COMBAT – One of the sets of letters a doctor may have after his or her name, wrapped in the garment which a hospital doctor may well wear on duty.

9a           Supporting English actors, making prediction (8)
FORECAST – Put together a word for ‘supporting’ (the opposite of ‘against’), English, and the collective noun for the actors in a play.

12a         Sound in street restricted by regulation (6)
RUSTLE – A law, order or regulation wrapped around the abbreviation for STreet.

13a         Quiet men line up for traditional prison food (8)
PORRIDGE – Put together the musical symbol for ‘quiet’, the military abbreviation for men who are not officers, and a raised line of earth in a ploughed field.

15a         Archdeacon attached to friend in a corrupt fashion (7)
VENALLY – The abbreviation for the honorific title given to an archdeacon, followed by a military or political friend.

16a         Ornament to corrode (4)
FRET – Double definition: to ornament with interlaced work; or to rub, chafe or corrode.


21a         In a circle you and I will lead (7)
WEARING – Another way of describing the clothes someone has on. Start with the pronoun for ‘you and I’, then add A (from the clue) and a circular object.

28a         Support needed by Elizabeth, contrary nut (6)
BRAZIL – A lady’s supporting garment, followed by the reverse (contrary) of a diminutive form of ‘Elizabeth’.

29a         Writer and performer entertaining old crooner? (8)
SALINGER – A vocal performer wrapped around the first name of a 1930s crooner, giving us the author of The Catcher in the Rye.  With a couple of checkers in, I thought the crooner was going to be ‘Bing’: it isn’t.

31a         One may have several shrubs — how to handle garden tool? (8)
HEDGEROW – A garden tool used to produce neat boundaries to a lawn, with HOW (from the clue) wrapped around it.

1d           Eastern female entertained by tedious person earlier (6)
BEFORE – Start with a word for a tedious person, then insert Eastern and Female.

2d           Bird in this grass-like plant is escaping (6)
THRUSH – Remove the IS from TH(is) (from the clue), and add a plant found in boggy or watery environments, which may look a bit like grass. 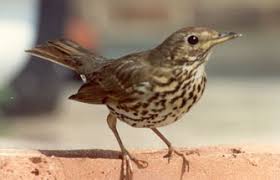 3d           Did well, no longer having prison-style accommodation? (8)
EXCELLED – This word for ‘did well’ could be read as a prefix meaning ‘former’ or ‘no longer’, followed by an adjective which could describe the sort of accommodation a prison has.

4d           Characters at the edges of empire reported peace (4)
EASE – This sounds like (reported)what you might say the letters at the beginning and end of EmpirE are. 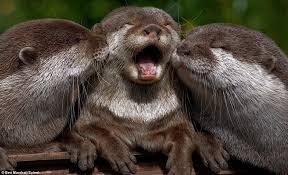 7d           Those that mix in British libraries? (8)
BLENDERS – British, followed by what one of the functions of public libraries is.

8d           Storms encountered going north — things that bother you (8)
TEMPESTS – Reverse (going north, in a Down clue) a word for ‘encountered’, then add some annoying creatures.

11d         Lines penned by directors offering a post (7)
BOLLARD – The collective noun for the directors of a company wrapped around the abbreviation for ‘lines’.

14d         Showing dignity, this person’s stifling a joke (7)
MAJESTY – The pronominal adjective for ‘this person’s’ is wrapped around A (from the clue) and a joke.

18d         Feature of foyer with tiles? (8)
HATSTAND – This is something on which you may hang what was once called in slang a ‘tile’, typically found in the foyer or entrance hall.

22d         More than one little bird flinches (6)
QUAILS – Double definition. The little bird’s eggs may be served as a canapé.

23d         Good US soldier turning up in pub in Scottish town (6)
BIGGAR – Start with Good and the common abbreviation for a US soldier, reverse the lot and put it inside a pub. You get a town near Lanark (or a Welsh outside half).

27d         Word of warning in underground venue (4)
CAVE – Double definition: the first is a Latin word meaning ‘beware’, once used by public schoolboys to warn of the approach of a master.