Bonjour from La Grande Sologne at Nouan le Fuzelier in Central France, where after two days of 30° temperatures we have a rainy morning with the threat of thunderstorms later. This will be our last stop before coming home next week. I shall be travelling next Friday, and I believe that Hanni will be here instead of me.

After a hot, sticky night with limited sleep I was expecting more of a tussle with Giovanni this morning, but found that everything fell into place remarkably quickly – possibly the fastest time I have recorded while doing these blogs.

1a           Old boy returning to gambling game in woman’s waistcoat! (6)
BODICE – Reverse (returning) the initials identifying an old boy of a school, and add a gambling game involving cubes.

13a         Mechanical component to corrode, getting yellow (5)
ROTOR – Another word for ‘corrode’ followed by the heraldic term for yellow.

17a         Drama not easily understood? Pretend to lack interest (4,4,2,3)
PLAY HARD TO GET – This phrase, describing how a young lady (typically) may strive to keep the attention of her suitor, literally describes a dramatic work which is difficult to understand.

21a         Odd sailor rolling over in dance (5)
RUMBA – Another word for ‘odd’ followed by the reversal (rolling over) of one of the usual crossword sailors.

24a         How to provide tips for cooking device (8)
TURNSPIT – The answer, split (4,4) could be read as a way to generate ‘tips’. It is also a device (and originally a person) engaged in the process of roasting meat.

27a         Fairly good journey down mountain but without sun (6)
DECENT – Remove the Sun from a word for coming down a mountain. 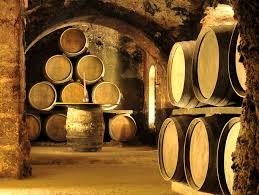 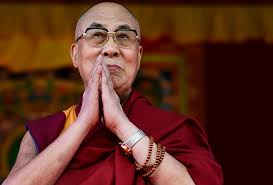 3d           Prisoner admitting defeat? One may be in the soup (7)
CROUTON – A massive defeat placed inside one of the usual crossword prisoners. 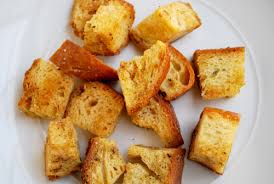 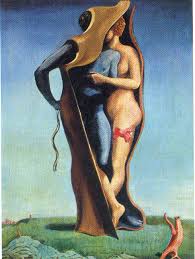 8d           Suppose duck has got into the tower (8)
THEORISE – THE (from the clue) and a tower or uplift, placed either side of the letter which looks like a cricketing duck.

12d         Reaching no conclusion, like two getting upset and separating (5-6)
NEVER-ENDING – A word describing a number like two, reversed, then a word for separating or tearing.

16d         Old father in Paris staying off booze before a musical show (8)
OPERETTA – Put together Old, the French for father, the letters indicating someone who doesn’t drink alcohol, and A (from the clue).

19d         Material from European country ending in Chile (7)
GERMANE – An adjective describing someone from a particular European country, followed by the final letter of ChilE.

20d         Looked for nothing, after initial change of direction (6)
SOUGHT – Start with a word for nothing, then change the initial letter from one direction to its opposite.