Greetings from Ottawa, where the calendar says we are barely out of spring but the thermometer tells us we are in mid-summer.

I do wonder how much attention my review will get today as many of you have a very momentous decision to make. Ironically, I also wrote the review on September 18, 2014 — the day of the referendum on Scottish independence.

There is no doubt that the puzzle today is from Ray T, perhaps a tad less difficult than usual and with the innuendo toned down a bit. However, I suspect that the puzzle will garner mixed reviews. While I whipped through it in a very quick time, many of the solutions came almost through intuition or gut feel. Clearly, I was tuned precisely to the correct wavelength. Those who are even slightly off frequency will likely experience a tougher solve.

1a   Senior detectives excuse certain offence (11)
DISPLEASURE — a charade of the usual suspect for senior detectives, an earnest appeal or excuse, and a synonym for certain

18a   Strong opening taking practically all wickets (8)
STALWART — a synonym for opening or beginning containing AL(l) and W(ickets); the truncation of the word AL(l) being indicated by practically (very nearly)

20a   Gutted after opening for Spurs got a goal (6)
SCORED — the initial letter of S(purs) followed by a verb meaning to remove the insides from (an apple, for instance)

26a   Young man who, on reflection, went west? (9)
NARCISSUS — not the recipient of advice from American author Horace Greeley but a Greek lad who fell in love with his reflection in a pool and pined away, becoming the flower that bears his name 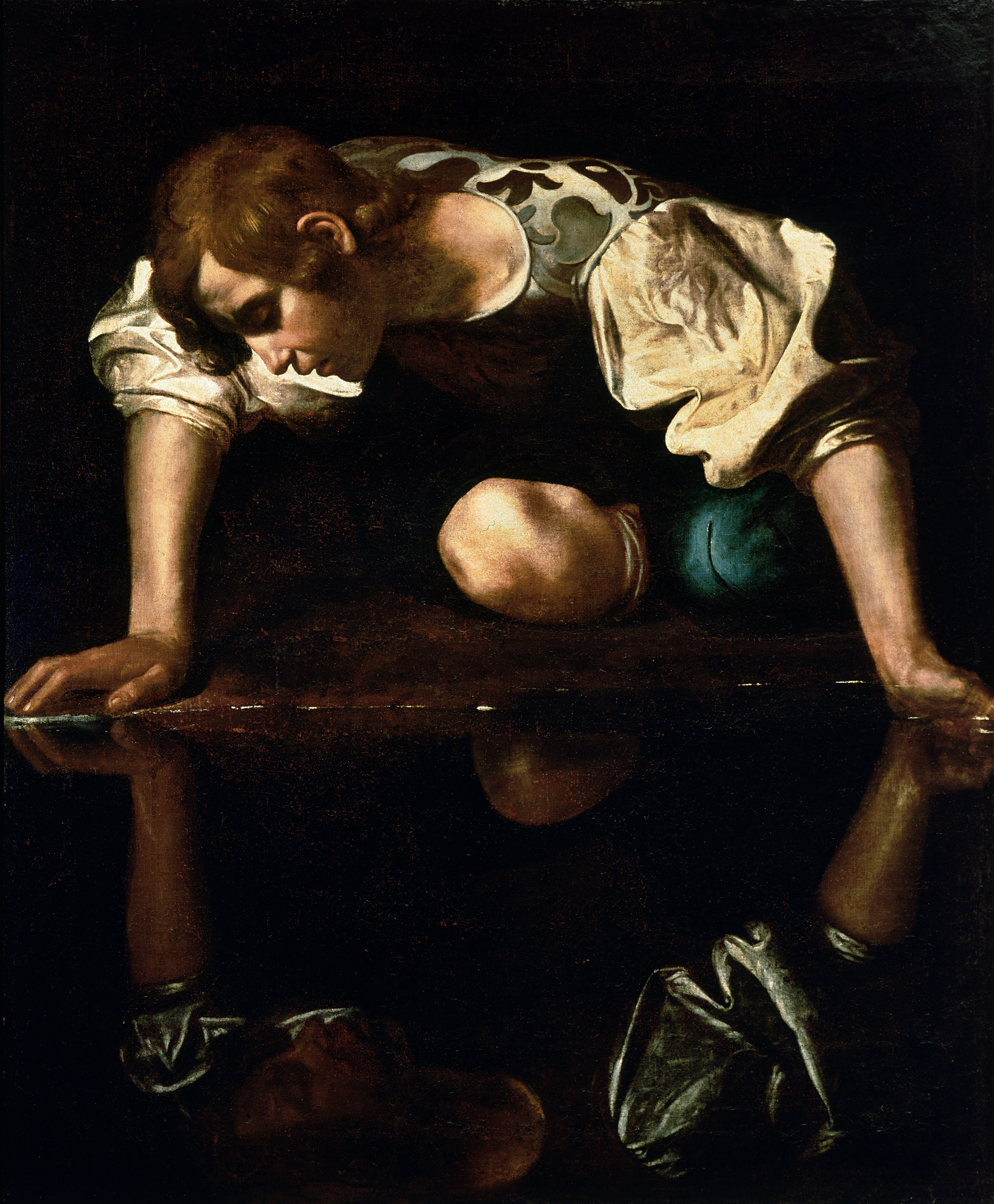 27a   Boring thing, holding iron over suit (5)
BEFIT — an implement used for boring holes containing a reversal (over) of a chemist’s symbol for iron

5d   More revealing view seen on stage (8)
SCANTIER — a quick perusal preceding (on in a down clue) a synonym for stage (for those who may doubt the latter, it is in the BRB)

6d   Break sleep embracing devoted sweetheart (7)
RESPITE — start with a synonym for sleep (or even just relaxation) around a short word meaning religiously devoted; then add the middle letter (heart) of (sw)E(et) at the end

8d   Tip about a pound for fancy man (8)
PARAMOUR — a verb meaning to tip (for instance, cream from a pitcher) is wrapped around the A (from the clue) and a verb denoting to hit forcefully; fancy man is an old-fashioned term for a lover

15d   Drink for winners capturing hero’s heart (8)
CHAMPERS — an informal term for winners containing the middle two letters (heart) of (h)ER(o); one side or the other will likely be indulging in this drink today while their opponents drown their sorrows in a non-celebratory fashion

19d   More frail and tiny pass on resistance (7)
WEEDIER — a charade of a typically Scottish word for tiny, a verb meaning to kick the bucket, and the symbol for electrical resistance

21d   Equipment &npsp;belt? (7)
CLOBBER — double definition; the first being a slang term for personal belongings and the second a verb meaning to hit forcefully (not the one in 8d)

22d   Good health? Mine’s swallowing endless red! (6)
PROSIT — another word for a mine containing almost all of a flowery shade of red

25d   Perfect half of family raised in criminal society (5)
MAFIA — start with Lloyd’s designation for a ship in excellent condition and (the first) half of FAM(ily); then reverse the whole lot (raised in a down clue).

Several clues contended for favourite today. I smiled at the encounter between the compiler and Her Majesty in 2d, 5d (revealing view) and 16a (ample nurse) conjured up interesting images in my mind, and I dare not fail to mention 23a (Canadian symbol). However, overall honours go to 26a (American visionary meets Greek visionary).