Bonjour from Le Petit Trianon de St Ustré, at Ingrandes-sur-Vienne, where this year’s French tour has begun. It’s a grey and drizzly morning, so we feel quite at home. We arrived yesterday afternoon after a long drive from the ferry port, where we were kicked off the boat an ungodly hour of the morning.

The long anagrams gave plenty of checking letters in today’s Giovanni, and the obscurity count was low, so for me this was a ** difficulty.

1 The RAF redefined loosely as an ‘ally with wings’ (9,6)
FEATHERED FRIEND – Anagram (loosely) of THE RAF REDEFINED

9 US author‘s old book — hit (4,5)
EZRA POUND – One of the minor prophets in the Old Testament followed by a word for hit or beat. 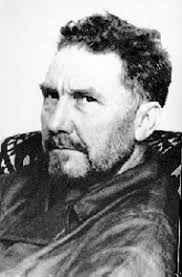 10 Revolutionary monarch getting welcome from the crowd? (5)
CHEER – Crosswordland’s regular revolutionary fighter, followed by the reganl cypher of our monarch.

11 I’m going under? I have to have doctor around! (5)
DIVER – The abbreviated form of ‘I have’ with an abbreviation for doctor wrapped around it.

12 One of over a hundred spotted in film (9)
DALMATIAN – Cryptic definition of one of the spotted pooches in the cartoon film. 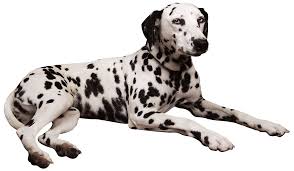 13 Fruit which when drunk could make me blurry (8)
MULBERRY – Anagram (when drunk) of ME BLURRY.

14 Notice the fellow getting about — stick needed (6)
ADHERE – Put together a PR notice, the pronoun for ‘the fellow’ and the Latin word for about or concerning.

16 Copper coins — they were used as measures once (6)
CUBITS – The chemical symbol for copper followed by an American term for small coins, giving us a system of measurement referred to frequently in the Old Testament.

18 See any number in game in Scottish water (4,4)
LOCH NESS – Start with ‘See!’, then add a board game wrapped around the algebraic symbol for any number.

22 This person, boy turning back fierce animal, gets little gong to wear round neck (9)
MEDALLION – Put together ‘this person’, the reversal of a word for boy, and a fierce (or in one famous case, cowardly) carnivore.

23 Stuff in kitchen left for number to eat (5)
FLOUR – Left placed inside a cardinal number.

25 Censure Bury detective attending court (9)
INTERDICT – Put together another word for ‘bury’, the initials of the rank of a senior detective, and an abbreviation for ‘court’.

26 Well prepared for battle, showing a steely face? (5,2,3,5)
ARMED TO THE TEETH – Cryptic definition of a phrase describing someone heavily tooled up for battle.

1 Way top person, female, set up basic human right (7)
FREEDOM – Put together a way or manner, the regnal cypher (again) of our monarch, and Female, then reverse (set up, in a Down clue) the result.

2 A king meets competitor making entrance (7)
ARRIVAL – Put together A (from the clue), the Latin abbreviation for king and a competitor.

4 Some hero under six in game (8)
ROUNDERS – Hidden in the clue.

5 Comedian starts to look embarrassed? It’s not difficult (6)
DODDLE – The surname of the man from Knotty Ash followed by the first letters (starts) of Look Embarrassed.

7 Recluse at ‘and to meet small child (7)
EREMITE – A word for ‘at ‘and’ or nearby, with its initial H removed, followed by a small child (usually in ‘poor little —-‘).

8 Called, being stuck in river, upset (7)
DERANGE – A river of which there are several of that name, wrapped around ‘called’ (on the phone).

16 Cold region of Italy or hilly part of England (7)
CUMBRIA – Cold followed by a region in central Italy.

17 Chamber should be cleaner for journalist to occupy (7)
BEDROOM – Something used for cleaning the floor wrapped around the usual crossword journalist.

19 Revolutionary book — this writer’s stirring feelings (7)
EMOTIVE – A large, heavy book is reversed and followed by ‘this writer has’.

20 Extend time in jail (7)
STRETCH – Double definition, the second being a colloquial term for a prison sentence.

21 Excellent child with love for form of martial art (6)
AIKIDO – Put together two letters which look like the letter and number signifying ‘excellent’, an informal word for a child, and the letter that looks like a love score at tennis. 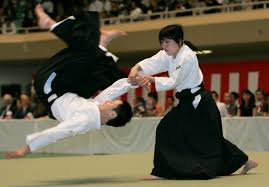