Giovanni is quite high on the obscure words and General Knowledge today, but the clues are fair, as always, so that the answers can be deduced. I wasn’t keen on the grid, which gave us effectively four separate puzzles linked only by the little box in the centre.

1a           Do away with heartless order after period (9)
ERADICATE – A period of geological time followed by a verb meaning ‘order’ (as 24d might have done) with its central letter removed.

9a           Little woman and patient man meeting by a shrub (6)
JOJOBA – Put together one of the characters in Little Women, an Old Testament man famed for his patience in adversity, and A (from the clue) to get a desert shrub found in the Americas. 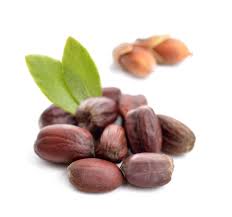 10a         Ferocious woman that could cut one dead (6-3)
BATTLE-AXE – This metaphor for a fierce woman is literally an edged weapon that could kill you in war.

11a         Dealer looking embarrassed with paintings being returned? (6)
TRADER – Put together the colour you may go when embarrassed and what paintings are an example of, then reverse the lot 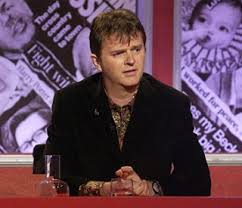 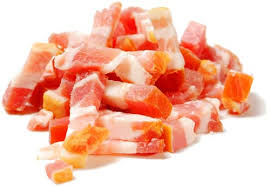 28a         Straight line formed by river in French wine district (6)
ipad version: Mark‘s mother, short ugly woman (6)
MACRON – Put River into one of the regions of Burgundy, a city in the Saône valley, to get a straight line placed over a vowel to indicate that it has a long sound.
A short, familiar word for mother, followed by an ugly old woman with the final E removed. Thanks to Miffypops for the heads-up. Evidently, iPad users aren’t expected to be familiar with French wine-growing areas!

31a         Exposed, as cold maiden maybe in nude shivering (9)
UNCOVERED – Cold and a set of deliveries at cricket (which would be a maiden if no score came from it), with an anagram (shivering) of NUDE wrapped around them.

2d           Brought up as left-winger absorbing Listener (6)
REARED – The colour attributed to left-wing politics, wrapped around the organ you listen with.

5d           Material from message landing on French island (7)
TEXTILE – One of the ubiquitous messages sent from a mobile phone followed by the French word for island.

7d           Disorder with one opposing speech, wanting Conservative out (9)
CONDITION – A medical disorder is made up from a short term for someone who opposes and a word for a manner of speech or choice of words with the C(onservative) removed.

8d           Justified having got angry after conflict (9)
WARRANTED – An armed conflict followed by ‘got angry and yelled’.

14d         Tired friend in a no-win situation (9)
STALEMATE – This drawn position at chess is made up of a word for tired or past its best, and a friend or associate.

16d         Spot American going after brave man, a famous Greek (9)
HERODOTUS – Put together a brave man, a small spot on the page, and an abbreviation for American, to get an Ancient Greek historian. 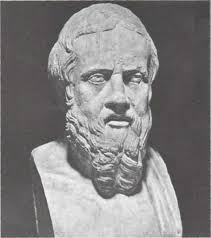 22d         Plant, one on slope above (7)
RAMPION – A sloping roadway followed by the Roman numeral for one and ON (from the clue), giving us a plant also known as a bellflower. 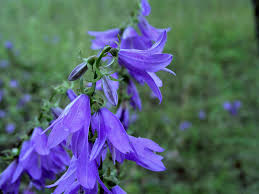 24d         European leader offering his neighbouring country almost nothing (6)
FRANCO – To get to this former European leader remove the final letter from a European country and add the letter which looks like a zero. 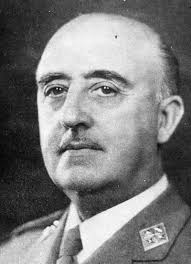 25d         Merry bishop not at all like Friar Tuck (6)
BLITHE – The chess notation for Bishop followed by an adjective describing someone fit and athletic (unlike Friar Tuck).

26d         Author participating in Eastern expedition (6)
STERNE – The author of Tristram Shandy is hidden in the clue.