Greetings from the 07:19 from Warrington.  The Saturday Club is having a day out en route to London for a special day out.  Big Dave was leaving me to babysit things and I decided if you can’t beat them, join them!  At this moment I am hurtling through Crewe and after some negotiation managed to get the wifi to start the blog.

I found today’s cryptic a bit of a curate’s egg. Managed to sail reasonably comfortably through three quarters and then I got an attack of SECorneritis, that nasty affliction that seems to affect many puzzles and that bit probably took longer than the rest.  Some nice clues and I suspect this is the work of our Mysteron chum, although I’ll no doubt be corrected at the pub.

Do come and join us if you can.  I’m going for a piece of a certain lady’s cake!

As is usual for the weekend prize crosswords, an assortment of clues, including some of the more difficult ones, have been selected and hints provided for them.  As an extra hint, many of the ones I’ve omitted are the anagrams!

Some hints follow.   PLEASE PLEASE PLEASE – do not post solutions to clues, it is a prize puzzle and we should respect that.  It’s not fair for people to enter  and win by just filling the grid with answers.  You’ll be sent to the naughty step if you do post solutions and you won’t get any cake.

1a    Father on edge taken aback to be hugged by authentic flapper (3,7)
We start with the name of something with wings that isn’t a bird.  Inside a word meaning authentic goes a short name for father, and one meaning the edge of something, but this one is reversed. 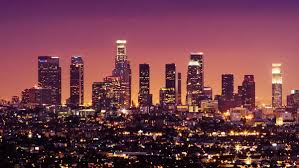 13a    Did bear run right off by river? (9)
A word meaning did bear, in the sense of happened or carried.  Start with Run and remove R for right and then add the name of a river associated with Derbyshire.

16a    Nasty smell in London area — get cleaner (6)
Inside the location of London, or how it’s described on the weather and other TV programmes goes a word for a foul smell.  This will give you the name of something to clean with. 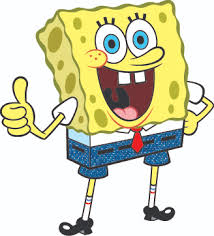 18a    Firm bankrupt after men backsliding (6)
A word meaning bankrupt goes after a reverse of one of the cast-iron cryptic devices to give something that means strong.  In crosswords, ‘men’ has lots of meanings, but one of them is the basic troops in an army, as opposed to the officers.  These are known as the ordinary ranks, abbreviated to OR.   If you are one of the newer solvers, I recommend buying one of those A5 Index books and under each letter, listing these abbreviations.  They come in handy.

20a    Boss, active type, acquiring colliery (8)
A word meaning to boss (around).  Someone who is active meay be described as this and inside this word goes the name for a colliery.  I spent quite some time trying to get PIT inside unsuccessfully, so you know it’s not that one.

23a    Mover in high circles runs into cool chap, rich and powerful type (9)
This is quote tricky, I think.  The ‘mover in high circles’ is something that goes round in an orbit a very long way away.  A clue:  Sometimes it is a planet, at the moment it isn’t! Add to this the name for someone who is cool [Squeeze fans may get this one!] with R (runs) inside.  Taken together this describes someone like Rupert Murdoch.  No, not complete and utter @*%!.  That won’t fit.

27a    Consider being put back into captivity, apparently (10)
This is tricky, too.  A word meaning to consider.  If you deprive someone of their freedom, you would do this, but because apparently is there, it’s not actually a proper phrase, it’s a cryptic description.

29a    Sanction admitting terrible mess in amount of tax due (10)
If you sanction something, you give this.  Inside this goes an anagram (terrible) of mess.  This gives a word meaning what the taxman says you owe him.  And this weekend you need to get your tax return in.  All part of the service.  My pleasure, for reminding you.

1d    See following river bank (4)
Here’s another word for that A5 book.  ‘See’ in cryptic crosswordland usually has nothing to do with vision.  It’s the name for an area covered by a cathedral.  And it usually refers to a city in East Anglia.  After R for river goes the name of this place to give a word meaning to depend or bank on something.

3d    Russian team perform way of working boat in which lots must capsize (6,6)
This is the name of a Russian soccer team.  And it’s quite complex.  Listen very carefully I’ll put this only once, as it took me ages to work it out, although I had the answer almost immediately. Take a word meaning to perform (2 letters long) and add an abbreviation for a Latin phrase that means a way of doing something and insert a word for a lot of something and reverse it.  Add to this the name for a flat-bottomed boat and there you have it.  Now just don’t ask me to explain that again.

4d    It’s not fair what you have to be to act professionally (8)
If you are an actor, in order to tread the boards for a living you have to be a member of the acting trade union.  If this were the case, it would also be a word meaning unfairness.

14d    Big city transport system from somewhere in East Europe not complete (10)
The name for a transport system (think Manchester trams and French underground) and add to it a word that describes someone from Warsaw, minus the last letter.  This gives the name for a big city and for one of my favourite films of all time!

17d    Prisoner worn out feeling sorry for offence (8)
The slang word for a prisoner goes before one meaning worn out or hackneyed to give something that means regret.

21d    Eat out, artistically, being intermittently sober (7)
A way of doing art onto metal is what our setter is saying is found by taking the alternate letters of being (two rather than three) and adding a word meaning sober or serious. 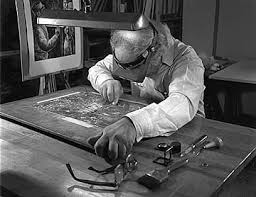 22d    Lawyers showing underwear (6)
Another word for barristers is the same as a slang word for underwear. 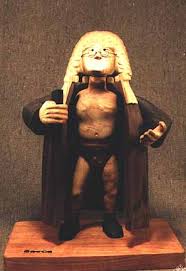 25d    Criminal tendency (4)
A slang word for criminal is also a word meaning a tendency or penchant.

Right.  My train is just hurtling past Milton Keynes, so I’ll pop in later when I land at a suitable wifi.  Now play nicely!