Good morning from South Staffs on a cold and frosty morning. Let’s hope that the work BD and Tim from Evohosting put in yesterday keeps the site up and running today.

A good mixture of clues from Giovanni today, with some very easy and others which caused me some head-scratching. Parsing the last couple of clues took me into *** time.

1a           Face Thomas outside hospital, a shadowy figure (7)
PHANTOM – Put together a slang word for the face (according to the BRB – I’ve never heard it used) and a shortened form of Thomas, then wrap the result around the road sign abbreviation for a Hospital.
ARVE Error: need id and provider

9a           Celebrity one’s brought in as music-maker (5)
SITAR – An Indian musical instrument. Put the Roman numeral for one inside a celebrity.

10a         Criminals? They get signals coming in (9)
RECEIVERS – Double definition, the first being criminals who handle stolen property.

11a         Look — Henry is circling planet! A high-flyer in both senses! (3,7)
AIR MARSHAL – A look or manner and a diminutive form of Henry, placed wither side of one of the planets, to produce a high-ranking officer in the RAF.

14a         How one might categorise fighter that’s knocked out mate with bang (12)
BANTAMWEIGHT – Anagram (knocked out) of MATE WITH BANG.

18a         Trusted assistant not inclined to be sinister (5-4,3)
RIGHT-HAND MAN – This person is presumably not sinister, as in not left-handed.

21a         Maybe watch heartless row (4)
TIER – Remove the middle letter from a word describing the function of a watch or clock. 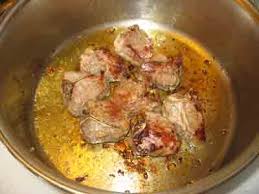 27a         At the end of day Edward rested (7)
LIGHTED – The feature which distinguishes day from night, with a short form of Edward placed at the end of it.

28a         Have a feeling one may be spotted in sort of parade (7)
SUSPECT – This could also be someone placed on an identity parade.

1d           Easter’s hour off for French philosopher (6)
PASCAL – Remove the Hour from an adjective meaning ‘Easter’s’ to get Blaise, the 17th-century philosopher who said

“Men despise religion. They hate it and are afraid it may be true.”

2d           Plant with minimal nitrogen gets behind (6)
ASTERN – A flowering plant followed by the chemical symbol for nitrogen, giving a nautical term for behind.

3d           Brawlers using language about a good worker (10)
TERMAGANTS – Put together A (from the clue), Good, and a worker insect, then wrap a word for language (especially technical language) around the result.

4d           Symbols offered by man with manifesto in speech (5)
MARKS – These symbols sound like (in speech) the chap who produced the Communist manifesto. This one took me quite a while, because, given where I live, I got stuck on Peel and the Tamworth manifesto.

5d           After month was first to admit intention and gave a talk (9)
DECLAIMED –Wrap a word for ‘was first’ (in a race) around an intention or goal, and add a shortened month of the year to the front.

8d           Dislike endless calamity — trembling’s beginning inside (8)
DISTASTE – Remove the final letter from a calamity or catastrophe, and put the first letter of Trembling inside it.

15d         To entertain party-goers old rocker went across (9)
TRAVERSED – People who attended the sort of, possibly illegal, musical events which got the politicians so worked up in the 1990s, placed inside a 1950s rocker.

17d         Corresponding, wasting little time offering a welcome (8)
AGREEING – A (from the clue) and a welcome with the abbreviation for Time removed.

19d         Main element in piece of wire (6)
STAPLE – Double definition: the main part of someone’s diet; or a piece of bent wire used to hold papers together . 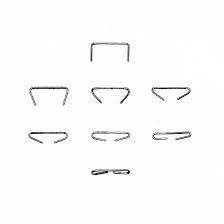 23d         Word to identify journalist in crowd (5)
PRESS – Double definition, the first being the label traditionally worn by an accredited journalist at an event.

24d         A thousand paintings maybe in business area (4)
MART – The Roman numeral for a thousand followed by something of which painting is an example.