I took a while to get onto Giovanni’s wavelength today, so firmly into *** territory for me. Some very easy clues, and others that took a bit of teasing out.

1a           Destroy source of energy, resulting in awkward situation (6)
SCRAPE – ‘To destroy’ – a redundant car, for instance – followed by the first letter (source) of Energy.

8a           Doctor attending a mother twitching and full of excitement (8)
DRAMATIC – Put together an abbreviation for doctor, A (from the clue), a short word for mother, and a nervous twitch.

11a         End of journey and we had returned a bit wet (4)
DEWY – The last letter of journeY followed by a shortened form of ‘we had’, the whole lot then reversed.

12a         Approval for each to join religious campaign (10)
PERMISSION – The preposition meaning ‘for each’ followed by a religious campaign where clergy seek to preach the Gospel in parts of the world where it is unknown, or to revive religious fervour in their own country.

13a         An imperial unit intended to be heard in this report (12)
ANNOUNCEMENT – This is a homophone clue (to be heard). The answer sounds like a string of three words: AN followed by an imperial unit of weight and a verb meaning ‘intended’.

16a         Go up around edge of mountain with river all round — it’s somehow divine (12)
TRANSCENDENT – This is a Russian doll clue. On the outside we have a river in the English Midlands. Inside that is a word for ‘go up’, and inside that is the last letter (edge) of mountaiN.

21a         Irish house cleaner finishing early (4)
DAIL – The lower house of the Irish Parliament, or a cleaner with the last letter removed. 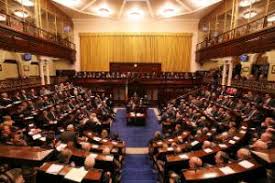 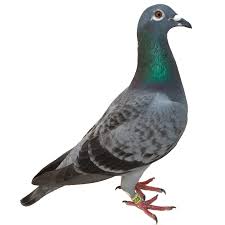 24a         Son meeting snake is not so happy (6)
SADDER – The abbreviation for Son followed by a poisonous snake.

1d           Officer and worker after a bit of work in the Kent area? (8)
SERGEANT – This is a non-commissioned officer. Put a unit of work inside the letters denoting the geographical location of Kent in the UK, then add one of the usual insect workers.
ARVE Error: need id and provider

5d           Break in ceremony, allowing in thoughts from elsewhere (7)
RESPITE – The three-letter acronym denoting the ability to read someone else’s thoughts with a ceremony or ritual wrapped around it.

7d           Oh, that we could soon have liquid deodorant! (4-2)
ROLL-ON – Double definition: an informal expression wishing for something to come soon; and a variety of dispenser for a liquid deodorant.

15d         Very poor little woman wanting man — and home primarily (8)
INDIGENT – The two-letter expression for ‘at home’, followed by a short form of a woman’s name, followed by an informal term for a man.

17d         Order given by a bishop, annoyance having no end (7)
ARRANGE – Put together A (from the clue), the letters indicating the honorific title given to a bishop, and annoyance or wrath with its final letter removed.

18d         Sort of globe you spotted in English dance (7)
EYEBALL – English and a formal dance, placed either side of an archaic form of ‘you’.

19d         Surprisingly lionised — the province’s departed veterans (6)
OLDIES – Anagram (surprisingly) of LIO(ni)SED, with the initials of the part of the UK which isn’t in Great Britain removed.

21d         Tense as game finished without a winner (5)
DRAWN – Double definition, the second being a match where the two sides finish level, or in cricket where there is no time to finish the match.