Greetings from Ottawa where we are in the midst of a late summer heat wave giving us July-like conditions. No complaints from me on that score.

There are no complaints on the puzzle either. It is RayT at his naughty best. Please leave a comment to let us know how you found it.

If you click on any of the areas showing ‘Click here!’ you’ll see the actual answer so only do that as a last resort. 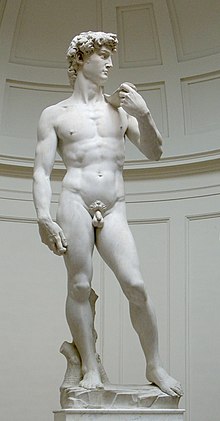 10a   Rather lacking front, one enters casually (6)
AIRILY — insert a Roman one into an adverb meaning rather or to some extent from which the first letter has been removed

12a   Monk left Church backed into subterfuge (7)
RECLUSE — start with a charade of L(eft) and the abbreviation for the state church in England; then reverse this and position it inside a plan intended to deceive or trick

14a   Act incorporates leader of Staines massive (5)
POSSE — put the initial letter of Staines inside a verb denoting to behave in an exaggerated or artificial way so as to draw attention to oneself; the resulting group spends their time hanging out in British nightclubs when they could be pursuing outlaws in the Old West

15a   Rudeness that is concerning undergarment (9)
BRASSIERE — a simple charade of effrontery, the Latin abbreviation for that is, and a preposition meaning with regard to

25a   Sailor provided force for excise (6)
TARIFF — a charade of one of the usual suspects for sailor, a conditional conjunction, and a physicist’s symbol for force

27a   ‘Enterprise’ warped circling Sun leaving dot (11)
INTERSPERSE — here’s one for the Trekkies; an anagram (warped) of the starship into which one inserts S(un) produces a verb meaning to to scatter or insert something here and there

2d   Perform with former wife and sweetheart? Sweet! (7)
EXECUTE — the usual suspect of a former wife, the middle letter of swEet, and a word meaning likeable or charming; despite a rather salacious surface, there is not much action beneath the covers I’m afraid — it seems they are playing charades

5d   Showing one’s behind in these? (7)
ARREARS — a cryptic definition of an amount on a statement showing that one is behind in their payments; interestingly, by accident or by design, not only can one behind be seen in the solution but what surrounds it is one E short of another behind

6d   Author makes pass, and French posted on note (7)
COLETTE — a mountain pass, a French conjunction, and a musical note

7d   Improperly get  to the point (11)
APPROPRIATE — double definition; easy once one figures out where to split the clue

11d   Queen permanently blast and boom (11)
REVERBERATE — the short abbreviation for Her Majesty, an adverb denoting permanently, always or continually, and a verb meaning to scold someone severely

18d   Villain beat taking current for hanging (7)
CURTAIN — start with a villain or scoundrel; then add a colloquial verb meaning to beat (often someone’s hide) into which the symbol for electrical current has been injected

20d   Case of painful fever and small afflictions (7)
PLAGUES — the outer letters (case) of PainfuL, an old term for a burning fever, and S(mall)

There is a lot to like in this puzzle. Among those I especially liked were 1a, 27a and 11d. Of course, the risqué surface reading of 2d could not but catch my attention. However, I will go with 5d as my favourite.