Good morning from County Mayo, where we’re visiting my sister, on a damp Irish morning.

As with last week’s Giovanni, I took a little time to get into today’s puzzle, but the fair cluing meant that after I’d finished I wondered why it had taken so long.

9a           Clothes are left, found behind a piano more than once (7)
APPAREL – A (from the clue) followed by two instances of the abbreviation for the musical symbol piano, ARE (from the clue) and Left.

14a         Strange folk dances led by old theologian (8)
ODDBALLS – Put together Old, the letters a theologian might have after his or her name, and formal dances.

17a         A piano in small room is used by a star (7)
CAPELLA – A (from the clue) and the musical abbreviation for piano (again!) placed inside a small room occupied by a prisoner or a monk, then the second A from the clue, giving the name of a star in the constellation Auriga, the third brightest in the northern hemisphere (thank you Mr Google).

25a         Coming by northern river for exciting experience (9)
ADVENTURE – A coming or arrival followed by the North Yorkshire river which flows through Ripon and Boroughbridge.

26a         One of three kids scattering litter round front of park (7)
TRIPLET – Anagram (scattering) of LITTER wrapped around an abbreviation for Park.

27a         Greek character thus joins leader of Gang Show (7)
MUSICAL – The 12th letter of the Greek alphabet followed by the Latin word for ‘thus’ and the first name of a famous US gangster. 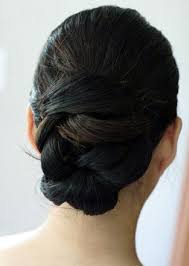 2d           Allocates new chairs to each in the course of breaks (7)
RESEATS – An abbreviation of EAch placed inside breaks or pauses from work.

6d           Essence of sung message to encourage escape of Prince in vessel (9)
SPEEDBOAT – Remove the inessential words from the first line of the Skye Boat Song to get a motorised vessel.

13d         Rose and Dorothy after upset were kept inside (7)
TOWERED – WERE (from the clue) inside the reversal (after upset) of a diminutive from of Dorothy.

15d         Designer of the thing seen in sly form of therapy (9)
ARCHITECT – The pronoun for ‘the thing’, placed between a word for sly or disingenuous and the acronym for a form of therapy involving electric shocks.

16d         Support for injury having got hit in fighting? (9)
SCUFFLING – Another word for hit inside the support for an injured arm.

18d         Lady Fortune, for Spooner, one no longer effective (4,4)
LAME DUCK – This term for someone whose effectiveness is reduced, perhaps because his term of office is coming to an end, could also be a synonymous phrase for Lady Fortune after Dr Spooner had mangled it. 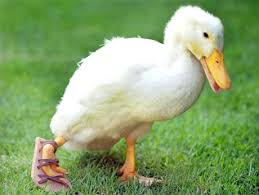 22d         Do better than basic success in exam after teacher is listened to (7)
SURPASS – A homophone (is listened to) of the traditional appellation for a male teacher, followed by the basic level of success in an exam